The world of thermostat technology is moving fast. Thermostats are like other pieces of interactive equipment: People are thrilled by each development but move on quickly when the next feature comes along. Ricky Orta, co-owner of M & R Air Conditioning in Boca Raton, Florida, said it’s not that long ago that a touchscreen was enough to impress people.

“We thought it was really cool that you could touch it and it would respond to you,” Orta said.

Now, thermostats can track a homeowner’s phone and adjust when that phone reaches a certain distance from the house. Wireless sensors can be placed throughout a house, setting different temperatures for different rooms depending on occupancy. They can also be set to ignore movement at certain times so cats don’t turn on the heat in a room in the middle of the night.

Some thermostats can even pull data from weather stations. All this creates a more comfortable environment while improving energy efficiency. Orta has a smart thermostat in his own home, and he sees the energy savings. He also sees how easy the devices are to use. Orta said a smart thermostat is actually easier to use than an older digital thermostat.

Smart, But Not Too Smart

Nick Lamb, principal and vice president of Butler Heating and Air Conditioning in Dayton, said people have grown accustomed to smart tools. Even older consumers use iPads to FaceTime with their grandkids. They want this same kind of convenience in more products.

And they’re willing to pay for it, Orta said. The price difference isn’t that much, he said — only a couple of hundred dollars. In addition to the added features, smart thermostats are also more aesthetically pleasing. 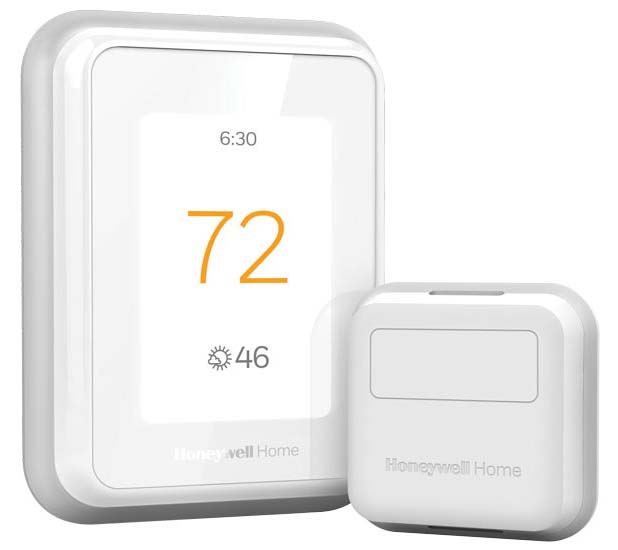 “It’s a lot easier to stomach spending $300 or $400 on a thermostat when you put it on the wall and it adds to the look of your home,” Orta said.

Smart thermostats have helped elevate air conditioning in the eyes of consumers from an appliance into a piece of technology. Orta said people are more energy conscious today and the thermostat is a primary way to control energy costs. They are also more aware of air quality and SEER ratings.

Of course, there is such a thing as too much information. Orta said some thermostats provide an excess of data, and this often confuses consumers. Most thermostats, however, strike the right balance.

“I think we’re at a good point now where the technology has advanced but it’s kept somewhat simple, so it’s still user-friendly,” Orta said. “No one wants to come home from work and fiddle around with their thermostat for an hour.”

The features available on smart thermostats are growing. Lamb said technicians in the past never had to explain to consumers how their new thermostat can play music, something some models are able to do via a connection with Amazon’s Alexa. Training for smart thermostats mostly focuses on these latest features, he said.

For the most part, installing smart thermostats is just like installing any other thermostat, Lamb said. The big difference is they require a common wire from the furnace board to the thermostat for power. If there is no common wire, it needs to be run, which can be a pretty big project. 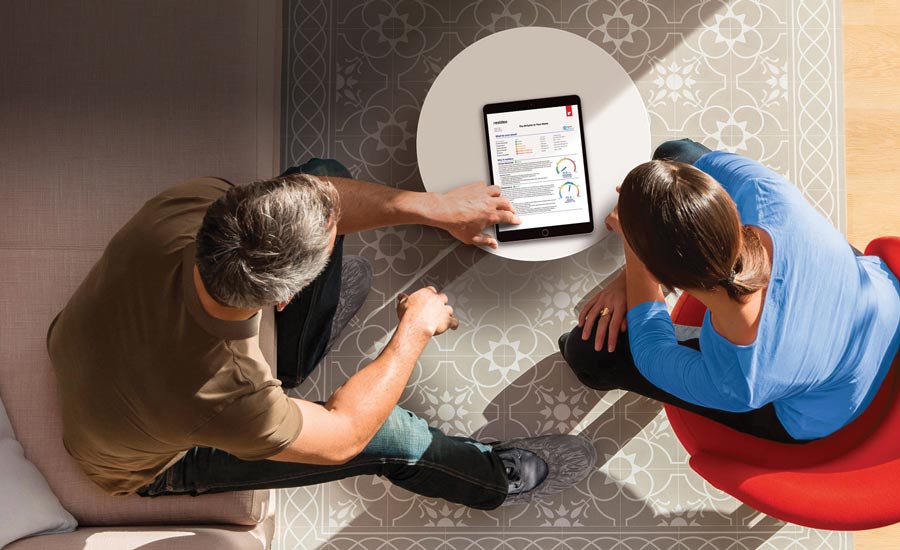 SELL THEMSLEVES: An HVAC contractor meets with a potential customer to review the features of a smart thermostat. Consumers are more aware of these devices than other HVAC products.

Some manufacturers do provide kits for adding a wire to the thermostat. Many homeowners buy smart thermostats at their local big box retailer and then try to install the units themselves by following YouTube instructions. When that fails, they call an HVAC contractor

“Sometimes it’s just a quick call over the phone and it’s not necessarily a service call,” Lamb said. “But those DIY situations gone bad definitely turn into a handful of service calls each month.”

Smart thermostats have a place in the public imagination like no other HVAC product since central air took off in the 1950s. Lamb said they are the only equipment he installs with their own social media followings.

“I can’t think of another product in our industry that people are requesting for Christmas,” Lamb said.

All this helps raise awareness, which is good for HVAC contractors. Smart thermostats also build a connection with consumers by allowing contractors to add personalized messages, such as a reminder to call the contractor for new filters.

As with any smart device, there are some concerns about privacy and cybersecurity. Lamb said consumer concerns grew after a major retailer suffered a data breach through its connected HVAC system.

“We tell them that any time you are using a Wi-Fi-based product, it’s all going to be based on how well encrypted the Wi-Fi system is, not the product,” Lamb said. “But it is definitely another entry point.”

Another concern consumers voice is what happens if they lose Wi-Fi. Will they lose control of their thermostats? Orta explained the thermostats lose features when that happens but continue to operate like a traditional digital thermostat.

The future is arriving quickly, but unfortunately, the past remains. There are still thousands of old mercury thermostats in use across the country. These thermostats pose no threat to homeowners but can damage the environment if disposed of improperly.

The group has no idea how many are still out there, Myers said. She also said they don’t know how many were disposed of in other ways, including, unfortunately, just thrown in the trash.

A majority of thermostats are recycled through supply houses, Myers said. To increase awareness and promote these suppliers to encourage their clients to cycle, TRC has run its Banish Mercury off the Planet contest for the past three years.

“It’s a good way to remind them that our green bins are there,” Myers said.

This year’s contest ran from May 1 to Oct. 31. The contest recognizes members of Hearting Air-Conditioning Refrigeration Distributors International (HARDI) that collect the most mercury-containing thermostats. TRC publicly recognizes the top three recyclers in various categories during HARDI’s annual conference. More than 200 HARDI members participated this year, collecting more than 10,000 thermostats.