In its new five-part webinar series this fall, AHRI offered panel discussions and presentations from industry experts who outlined the results of the organization’s flammable refrigerant research projects. This research began in 2011, when global demand to start phasing down high-GWP HFC refrigerants in air conditioning and refrigeration systems spurred interest in the use of low-GWP refrigerants that were also mildly flammable (A2L) or flammable (A3).

In order to ensure a safe transition to these new refrigerants, AHRI collaborated with organizations such as ASHRAE and the Department of Energy to design tests that would simulate real-life conditions in order to develop data and insights into the risks associated with the use of flammable refrigerants. The research has subsequently been used to inform technical updates to safety standards, which will enable compliance with global regulations that have been crafted to phase down the use of high-GWP refrigerants.

Tom Watson, an engineering consultant with Daikin Applied, introduced the session on air conditioning applications, noting that AHRI’s objective was to produce publicly available technical results to support code and standard activities related to the use of flammable refrigerants.

“Initially, we surveyed well over 100 standards activity organizations throughout the world, looking for information gaps and overlaps,” he said. “Then we developed testing and test conditions that were used to simulate actual applications. This included addressing key elements, such as ignition event severity, charge quantity, refrigerant sensors, and mitigation techniques.”

It was a big, extensive project, said Dutch Uselton, a mechanical engineer who retired from Lennox. He said the project did not set out to just consider flammable refrigerants; however, in 2011 when research began, there were no A1 alternatives available.

“There's a relationship between low GWP, volumetric capacity, and flammability, and low-GWP refrigerants that have high volumetric capacity are flammable,” he said. “It was also very important for us to maintain system efficiency. If, in the effort to reduce the GWP of the refrigerant, we actually go backwards on efficiency, what we're doing is shifting the problem.”

No one wanted to do that, but because there were no viable A1 candidates available at the time, focus shifted to A2Ls, a new category of refrigerants that were mildly flammable. These have a low burning velocity and high minimum ignition energy, which means it takes a strong ignition source to ignite them, said Uselton.

“The burning velocity relates to how fast the flame spreads,” he said. “To give you an idea, we're looking at refrigerants with flame spread less than 10 centimeters per second, which is pretty slow. It's so slow that when we worked with the people at NIST [National Institute of Standards and Technology], they actually had to create some new techniques for running tests to determine burning velocity.”

Ultimately, what the task force wanted to find out was what would happen if A2L refrigerants used in unitary equipment for air conditioning purposes were somehow ignited, said Uselton.

“We were more interested in understanding the severity — the probability of an ignition is a different study,” he said. “What we did learn was that it's difficult to ignite this refrigerant. Our experiments were designed so that we were very likely to get ignitions, because we wanted to see what happened.”

“What we found with these A2L refrigerants is they don't burn when you expose them to their autoignition temperature [which is 1198°F for R-32], so we developed a hot surface test procedure, which basically blows a flammable mixture of refrigerant onto a plate to see if it ignites,” he said.

To that end, they designed a test rig that used a 1.5-ton ducted fan coil with an oversized 15 kW electric heater in it, said Lord. To create extreme operating conditions, the safety limit switches were jumped, and the airflow was run well below allowable airflow rates and UL qualification limits (775 cfm for 15 kW). The heater surface temperatures were measured with thermocouples bonded directly to the heater coil and with a calibrated infrared camera. The test also measured for the presence of hydrofluoric acid (HF), which is a common byproduct of combustion. The refrigerant leak rate was 12 to 18 pounds per minute, which was well beyond the charge size of 5 to 6 pounds of the test unit.

“This was very, very extreme testing to see if we could get an ignition, and the bottom line is, we got no ignition,” said Lord. “We confirmed that electric heater coils with surface temperatures up to 1,700°F will not ignite A2L refrigerants with airflows down to 115 cfm/ton for the typical blow-through configuration. We also confirmed that there is no HF generated even with temperatures 502°F above the autoignition temperature.”

As for the second test, regarding what would happen if refrigerant leaked in a closet near a gas water heater with a standing pilot light, Lord said they tested R-32 and R-1234ze(E), which are both A2Ls, and R-410A, which is an A1. A water heater was used with a standing pilot but with no flame arrestor, and a flammable stoichiometric mixture cloud was created outside of the heater.

Xudong Wang, vice president of research at AHRI, introduced the session on commercial refrigeration applications, noting that over the past three years, the AHRI research arm — AHRTI (Air-Conditioning, Heating and Refrigeration Technology Institute) — has conducted many whole room tests with several types of display cases that used A2L and A3 refrigerants at multiple charge levels and different scenarios. 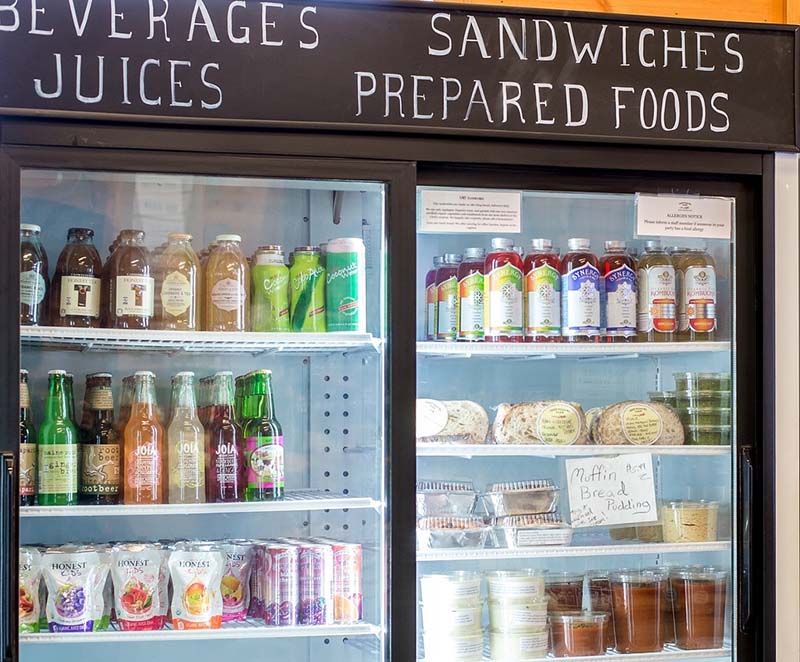 DIFFERENT SCENARIOS: Over the past three years, AHRTI has conducted many tests with several types of display cases that used A2L and A3 refrigerants at multiple charge levels and different scenarios.

“Our testing goal was to generate results and provide technical data to relevant standards committees for updating standards,” he said.

Stephen Spletzer, principal investigator - Opteon Refrigerants at The Chemours Co., discussed the results obtained from the AHRTI 9013 (PDF) study, which was completed last year. That study involved performing whole-room tests to evaluate the potential flammability ramifications of refrigerant releases for a four-door refrigerated display case. In the tests, display cases were charged with either R-454C (an A2L refrigerant) or R-290 (an A3 refrigerant).

“One of the main goals of this study was to do a direct apples-to-apples comparison, as much as possible, of the refrigerant leak and ignition testing behavior of an A2L versus an A3 refrigerant, using the same test setup and methodology,” he said. “It's important to note that what we were looking at were near worst-case scenarios, where we're trying to create the conditions to force an ignition to occur, see what happens, learn from that, and report that back into the standard development process. Our main goal is to help inform the standards.”

The charge sizes and leak rates used in this study varied based on the refrigerant properties, said Spletzer. For example, since R-454C is much denser than R-290, its charge size in the tests was roughly twice that of propane in order to achieve volume equivalence. Given the higher density of R-454C — which is roughly two-thirds greater than that of R-290 — leak rates were based on choked flow. As for refrigerant charge, the tests utilized a baseline of 150 grams for each refrigerant, as this is the maximum amount currently allowed for flammable refrigerants in several safety standards. Higher charge sizes were used as well, and one test included 1,200 grams of R-454C, which is the limit currently allowed for A2Ls by IEC 60335-2-89.

“We performed 48 dispersion tests for the refrigerant, and these were low momentum external releases, basically simulating a leak from the condensing unit out into the space, as opposed to a leak inside the refrigerated cabinet,” he said. “These low momentum releases were done at both the top and the bottom of the display case, and they were done at four different charge sizes and three different leak rates. They were done both with the condenser fan on and off, so that we could see the impact of using air circulation as a mitigation measure.”

In summarizing the findings, Spletzer noted that when using volume-equivalent charges, R-454C formed fewer flammable concentrations than propane, and none from top releases or when the condenser fan was on. This was largely attributed to the higher LFL of R-454C.

“R-454C was also less likely to be ignited than propane, and this is largely due to the fact that higher ignition energies are typically required to ignite an A2L than an A3,” he said. “In addition, the ignition event severity was lower with R-454C than with propane. This was both for volume-equivalent and LFL-equivalent charge sizes. We also found that high humidity was needed to produce a sustainable ignition with R-454C — one that would keep going after the igniter was turned off. And the combination of high charge, high humidity, and turbulence was needed to produce a higher consequence ignition event with R-454C.”

The findings of these tests have been shared with groups working on the development of safety standards, such as the IEC and CANENA, and are available online, said Spletzer.

Reducing Refrigerant Leaks Should Be Top Priority for HVACR Contractors