This website requires certain cookies to work and uses other cookies to help you have the best experience. By visiting this website, certain cookies have already been set, which you may delete and block. By closing this message or continuing to use our site, you agree to the use of cookies. Visit our updated privacy and cookie policy to learn more.
Home » Minnesota Power Walks the Walk With Energy-Efficient Electric System
Manufacturer ReportsNewsHVAC Light Commercial MarketHVAC Commercial Market

Minnesota Power is a regional utility company serving 145,000 customers in Northeastern Minnesota. Staff pride themselves on promoting energy-efficient technologies and saving customers money. Like many of its customers, Minnesota Power faces efficiency challenges within existing and aging facilities. This led leadership to pursue a high-performance HVAC retrofit in one of its offices.

After seven years of failing compressors, humidity issues, and frigid winters, a defective HVAC system in its Cloquet, Minnesota, office had left the utility company at its wit’s end. After assessing the needs of the building and its occupants, the sales team from Mitsubishi Electric Trane HVAC US (METUS) specified and designed a City Multi® variable refrigerant flow (VRF) system, finally solving the building’s issues.

The Cloquet office is home to Minnesota Power’s customer service department and linemen, who are in and out of the building several times each day. While only serving about 20 employees at a time, the 5,000-square-foot office space was in need of attention.

“For four summers in a row, we didn’t have air conditioning,” said Craig Kedrowski, business service advisor, Minnesota Power. “We went through winters with only baseboard heat and hot summers with fans running constantly. The HVAC units seemed to be ‘fighting’ one another.”

The Cloquet office is home to Minnesota Power’s customer service department and linemen.

Local mechanical contractor Zach Wehr from Eclipse Inc. had worked with Minnesota Power’s conservation program. In 2018, he had Jake Sajevic, account manager at Trane, tour the office to determine the issues with the existing VRF system and offer a solution.

“Every time Zach and I did a walkthrough, the system wasn’t working,” said Sajevic. “There were multiple service calls, and the summers were always muggy and hot. Sometimes we’d notice the outdoor unit fans were spinning, but you’d hold up your hand to the units and they weren’t rejecting any heat.”

Right away, Totino also noticed errors in the existing installation. The system was a custom prototype, and it had basically failed.

“They had added a boiler onto the air-cooled condensing unit to keep it running in the wintertime, and it was not functional,” Totino said. “There were record-breaking low temperatures in our region this winter. The only way the building stayed warm was by using their electric baseboard auxiliary heat.”

Sajevic recommended City Multi as the solution for Minnesota Power’s needs and invited Mark Totino, commercial area sales manager, METUS, to visit the property and consult on the system’s design.

“Mark and I met with two Minnesota Power staff members and talked through their system’s issues,” said Sajevic. “A big selling point was installing a two-pipe system instead of a three-pipe system. Less piping rules and fewer joints simplify the installation, which can lead to a more successful project.” 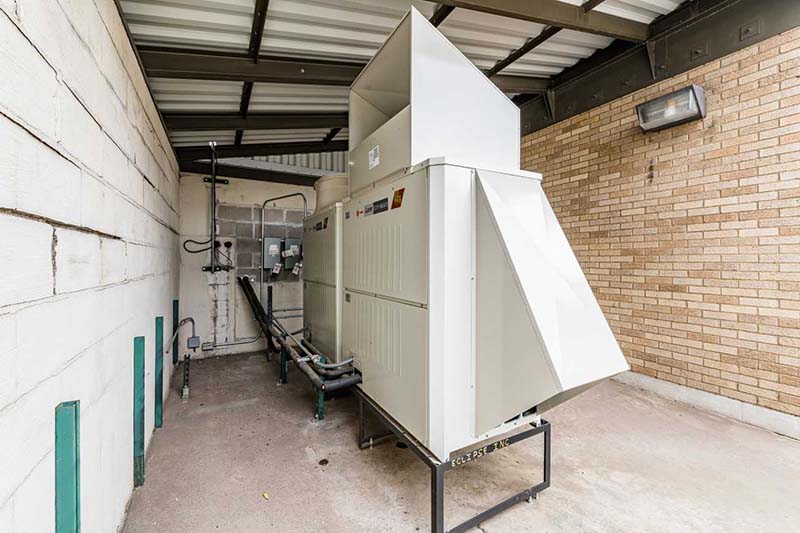 Once a design was established, the group presented their plan to Minnesota Power as a turnkey manufacturer project. METUS handled equipment distribution, and Eclipse was contracted for the labor.

For Minnesota Power, having an effective, electric-powered VRF system does more than solve comfort issues.

“Minnesota is one of the frontrunner states in the country to strive towards strategic, or beneficial electrification,” explained Totino. This concept involves moving from fossil fuel reliance to the electric grid, which reduces carbon emissions and cuts consumer costs.

“Because we recommend this equipment in our conservation program, we were interested in having a showcase where we present simultaneous heating and cooling,” said Kedrowski. “Beneficial electrification is something that’s really coming along. Our town’s big university and city buildings are looking for options to increase sustainability and move away from fossil fuel use.” 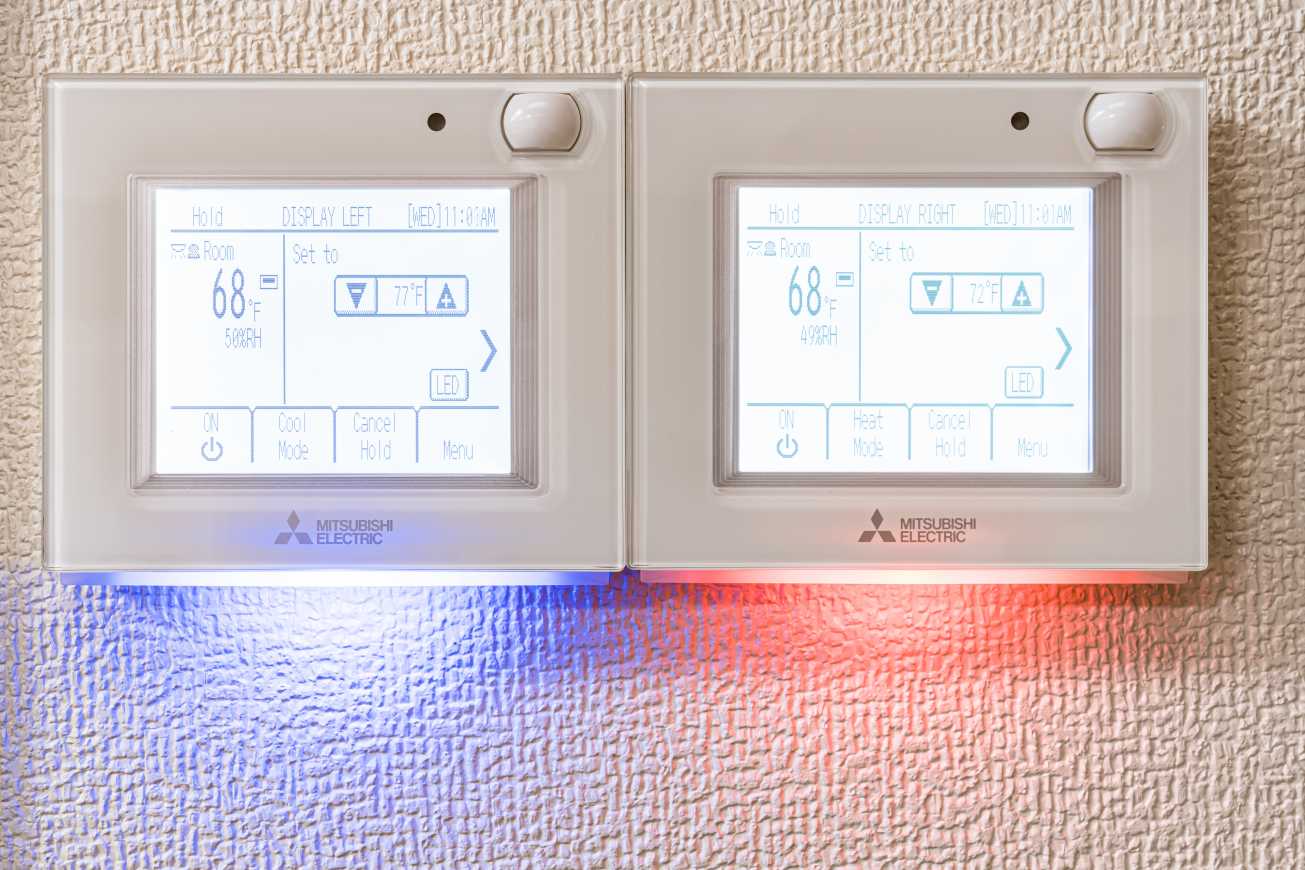 The new VRF system doubles as a display of energy-efficient performance for the company’s current and future customers. In the Cloquet office’s conference room, two indoor units each connect to an individual thermostat that lights up either blue or red for cooling or heating, respectively.

“Side-by-side, they’ll be able to show and explain the concept of heat recovery. This building is a testament to their support of electrification,” said Totino.

“There are some unique hurdles the farther north you go,” said Sajevic. “Our design’s low-ambient temperature is minus 20°F, and it can get even colder. I’ve talked with engineers all over the region and they think VRF is a great technology, but only a few are comfortable specifying it because of the low-ambient conditions we face.”

For Sajevic, combining supplemental heat with VRF technology is a win-win; customers get clean, energy-efficient power, with back-up heating for freezing winters.

“For many developers and engineers, their gut reaction is to explain why electric heat is super expensive to run. What I explain to them is that when paired with Mitsubishi Electric’s H2i units, the auxiliary heat will almost never run,” said Sajevic. “For this project, we’re going to continue to submeter the electric heat going into next winter, and we’ve interlocked the controls system with our CN-24 accessory, which enables supplemental heat sources. We’ll be able to verify how often the supplemental heat actually runs and under what outdoor conditions it is enabled.”

As a commercial engineer in the region, Wehr agreed.

“First and foremost, the technology has come a long way, especially in terms of payback, life expectancy, rate of return on investment, and performance — though I can understand the apprehension of some based on past technology,” he said. “That said, the system we installed at Minnesota Power will kick off at minus 25°F and switch to supplemental heat. I have the highest confidence in the equipment. I’ve had it in my building since 2008 with no issues.”

Installation took place in April 2019 and the system has only received positive feedback, especially in regard to the simultaneous heating and cooling. 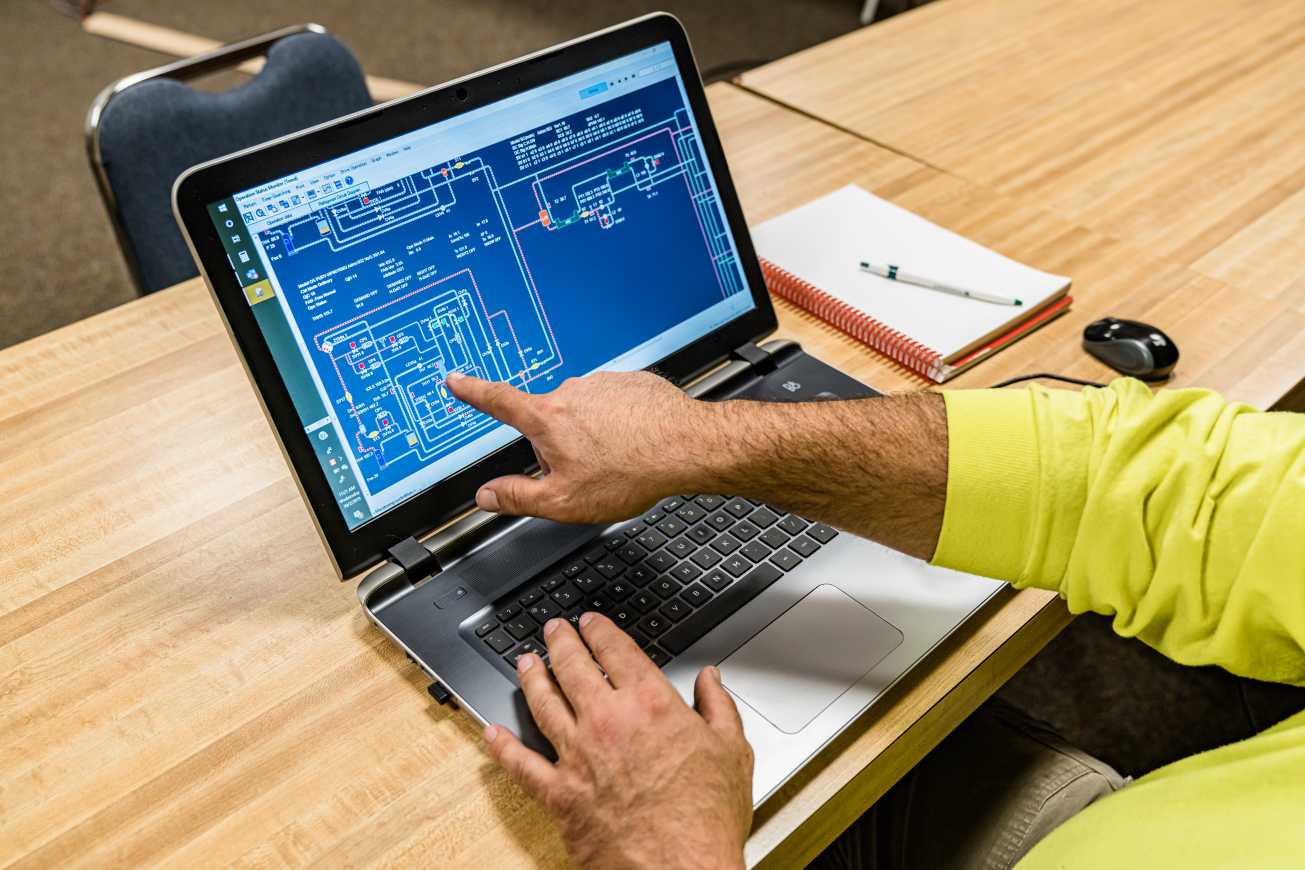 “Public utilities like Minnesota Power are making the investment and doing the research for the betterment of the communities they serve.”

“Our coworkers are loving it,” said Kedrowski. “We have some people that want their room 80°F, even in the summer, and then some want it 65°F. The Mitsubishi Electric system allows them to do that.”

“Public utilities like Minnesota Power are making the investment and doing the research for the betterment of the communities they serve,” said Wehr. “Projects like this are especially important for engineers and building owners to see because they’re the ones with the funds to take electrification mainstream.”