In a new feature of the monthly Business Management eNewsletter, we will be highlighting an effective HVAC contractor commercial. This month, we highlight a commercial from Robinson Air that shows a team willing to do anything for the business…until doughnuts are taken away. 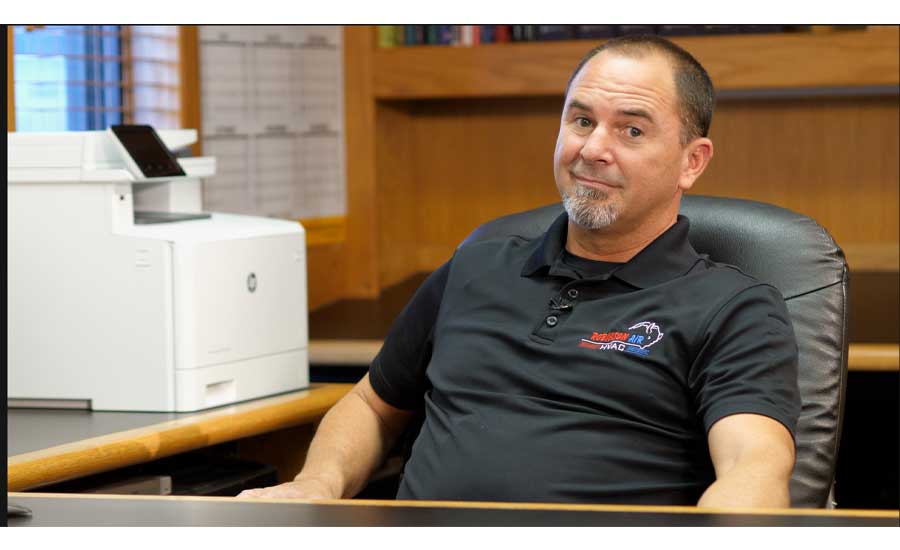 We talked with Darryl Robinson, owner of Robinson Air, who also starred in the commercial.

ACHR News: How did the idea originate?

Robinson: We wanted to do something funny and are always looking for an opportunity to not take ourselves so seriously.

ACHR News: Do the employees like participating in the commercial?

Robinson: Like me, they are nervous about being on camera. But they also enjoy being recognized from the commercial when they are out in public. We try to get our coworkers shown on television whenever possible, especially those “customer-facing” coworkers. I think it gives our customers another level of comfort when the guy they saw on TV comes to their door to perform service work. It is not every day that you get to be on TV, so I think it’s just another perk of being on the Robinson Air team.

ACHR News: What was the budget for the commercial?

Robinson: We work with an ad agency that gets 15 percent of our marketing buy on television, radio, and billboards. We then pay for the production of our commercials, which is around $1,500 each. We provide all of the “talent,” so that keeps the cost down. We are now working on another commercial, which will showcase a former local news anchor and meteorologist. Our cost for production will go up significantly because of those personalities, but I believe it will be worth the cost because we will be doing something that just has not been done before in this market.

ACHR News: How did you get the commercial out to the public?

Robinson: Our commercials air around the evening news, which most of our best potential customers (Baby Boomers) are still watching. We will have the same commercial play for what seems to us to be much too long. But, in reality, folks feel like they are just now seeing it by that time.

ACHR News: What has the reaction to the commercial been?

Robinson: I can’t tell you how many times I’ve heard a stranger say, “Are you giving those guys donuts yet?” whenever I am at the gas station, grocery store, or restaurant. I just smile and say “Yes, sir” or “Yes, ma’am,” introduce myself, and they do the same. Over the years, it has made me sort of a local celebrity. I believe that is the key. People want to do business with someone they know. Even though they’ve only seen me and my team on TV, they feel like they know us. There is more to making someone comfortable than just fixing their air conditioner.