This website requires certain cookies to work and uses other cookies to help you have the best experience. By visiting this website, certain cookies have already been set, which you may delete and block. By closing this message or continuing to use our site, you agree to the use of cookies. Visit our updated privacy and cookie policy to learn more.
Home » Heat Pump Market Growing as California Pushes Clean Energy
NewsHVAC Residential MarketAir-Source Heat PumpsGreen Building

A combination of mandates and incentives for cleaner energy makes California a fast-growing market for heat pumps. Natural gas hookups are becoming an endangered species in the state, with 26 counties and cities enacting complete bans. At the same time, state and local governments offer incentives for electrification, including solar panel installation.

Charley Cormany, executive director of Efficiency First California, is a former HVAC contractor who now works with a trade group for home performance contractors. The group used to focus mainly on energy efficiency, but more and more, its focus is becoming greenhouse gas (GHG) reduction. That means looking at the largest carbon producers in a building, and two major sources of GHG are water heating and space heating.

Heat pumps reduce the impact of both and do so in an energy-efficient way, Cormany said. The units are already efficient and improve all the time.

“If you were going from gas to electricity and there were no efficiency gains, it would be a lot harder sell,” he said.

Larry Waters is the founder of Electrify My Home in Fairfield, California, which helps people transition away from natural gas with heat pump systems. He started his own business in February, after six years with another firm. Waters said he worked on more than 250 projects around the Bay Area.

California has ambitious clean air goals, Waters said, and backs those with financial incentives. The state creates financial incentives by ensuring high prices for unwanted energy sources. For example, Waters said, gasoline prices never fell below $2.50/gallon in April, while other states saw them as low as $1.30. So while natural gas is inexpensive now, that will likely change.

Waters offers a ducted mini split system with a heat pump. He does a room-by-room airflow calculation and then installs ductwork for these considerations, so each room might have a different sized duct.

The smaller systems deliver a steady stream of BTUs over time. Waters said this provides a more comfortable environment overall. The heat levels fluctuate less, the noise is quieter, and the air doesn’t blow on the room occupants.

“It’s a completely different experience living with one of the systems than living with a traditional HVAC system,” Waters said. 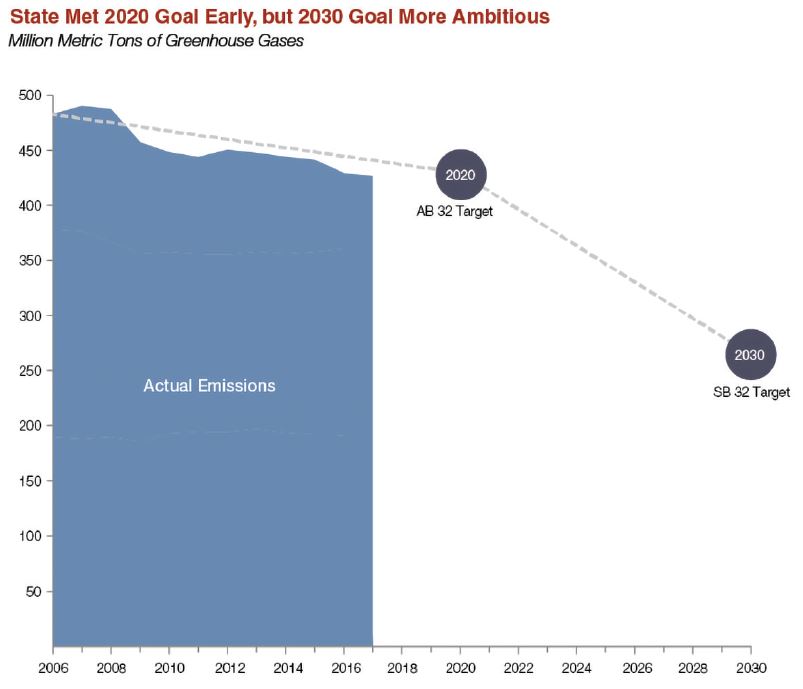 CALIFORNIA DREAMING: California has set ambitious goals for reducing greenhouse gases and uses a combination of mandates and incentives to reach them. Heat pumps play a crucial role in many of these. SOURCE: State of California

A modulating mini split heat pump system only needs a 20-amp breaker, Waters said, so it doesn’t take up additional space on the circuit breaker. Since California views electrification as the solution for almost all the state’s energy needs going forward, that’s an important selling point. Homeowners now want the ability to add features to their home electrical systems, such as electric car chargers.

“I do everything I can to make sure the customers don’t have to upgrade their panels to install my systems,” Waters said.

The systems use less energy over the course of a year, he said, and all the savings on the gas bill go back into the homeowner’s pocket. Waters expects widespread use of smart meters in the near future to drive that cost even lower. That’s important since the upfront costs usually prove higher. The installation process takes longer as well. Waters said that has yet to cost him a job, but it does limit his firm’s ability to take on extra work, such as emergency repairs.

Reed said his customers in Southern California are less concerned about electrical usage because many use solar energy to power their homes. Reed has been in the HVAC business since 1984 and started his own firm in 2011 with a marketing focus on heat pumps. 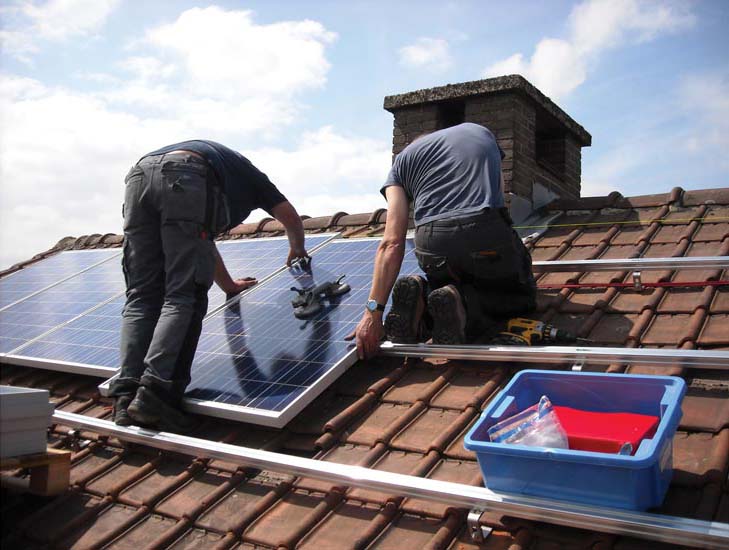 Safety acts as a key selling point for Reed. Consumers appreciate not having to worry about a gas leak in the home. Cormany agrees that a key advantage of moving to heat pumps is eliminating the danger of combustion within a home. He also said heat pumps offer better IAQ in general.

Another way California aims to lower greenhouse gas emissions is by replacing traditional furnaces with either low-NOx models or other heat sources such as heat pumps. Cormany said once many consumers see the price difference between a traditional unit and a low-NOx furnace, they opt for a heat pump.

Some contractors balk at the idea of replacing furnaces with heat pumps. Cormany said it’s easier for them to just put in another type of furnace. Furnaces are more forgiving, he said, and require fewer load calculations and equipment sizing. Cormany said poorly installed heat pumps can fail to offer the level of comfort a homeowner expects. All this works to reduce a contractor’s profitability.

“It’s going to take some training to do heat pumps successfully,” Cormany said.

Again, much of the cost comes upfront. Reed said heat pumps prove easier to service if installed correctly. He said there is a learning curve to installing and servicing the units, but manufacturers provide a lot of good guidance.

Waters said the biggest hurdle he encounters comes from salespeople. Technicians tend to understand the mechanical aspects of these systems. Salespeople understand less about the systems’ inner workings, and they worry that homeowners will reject an unfamiliar solution. Cormany said focusing on heat pump water heaters makes a good entry point for this discussion. They are fairly simple to deal with, since they only require a single measure.

Growth of heat pumps will only increase in the next few years. Reed said some of this comes from consumers looking at upgrades as they shift to working from home rather than an outside office. But much of it will come from a combination of carrot-and-stick moves by governments that will follow California’s lead.

HVAC contractors must prepare for this new normal, Cormany said.

“We’re in an energy transition stage,” Cormany said. “Some people have embraced the technology, and it’s worked well for them because they’ve been willing to change their business model. Those who won’t change will have some issues going forward.”