This website requires certain cookies to work and uses other cookies to help you have the best experience. By visiting this website, certain cookies have already been set, which you may delete and block. By closing this message or continuing to use our site, you agree to the use of cookies. Visit our updated privacy and cookie policy to learn more.
Home » Programs Use HVAC Training to Boost Chances for Ex-Convicts
NewsBusiness ManagementTraining and Education for Contractors

Programs Use HVAC Training to Boost Chances for Ex-Convicts

Combination of trades, other skills increase chances for success

Someone leaving prison with an opportunity for honest employment is 20 percent less likely to return to a life of crime, according to a study by America Works, a national private workforce development firm, and think tank The Manhattan Institute. Unfortunately, the unemployment rate for former inmates tends to run much higher than for the general population. Learning trade skills, such as HVAC repair, helps improve the employability of former inmates, benefitting them and society.

David Knight, jailer from McCracken County, Kentucky, started a program of trade education when he took over his facility last year. He recently added HVAC repair to the classes offered. The program combines classes with moral reconation therapy, a type of cognitive training. Knight said studies show this mix can reduce recidivism by as much as 80 percent.

The classes focus on skills that are in demand from local employers. McCracken County sits between the Ohio and Tennessee rivers and is home to a large maritime industry. Participants for the program are selected based on their crimes. Violent felons cannot participate. Eligible inmates need a clean disciplinary record and a GED.

“We’re very hard on them,” Knight said “The slightest hiccup and they get kicked out.”

It’s too early to measure the program’s success, but Knight sees a lot of potential. He said it benefits not only the inmates but also their families and all the people who won’t fall victim to crimes they might otherwise commit.

“By just affecting on individual, we can help 20, 30 people,” Knight said. “It really does change society.”

Returning Citizens To Society Through HVAC

Not all correctional facilities offer these kind of opportunities. Sometimes a person needs to wait until after incarceration to get a chance to learn skills through something like The ReClaim Project, a trade-training program in Beaver Falls, Pennsylvania. ReClaim works with Trails Ministries and Sustainable Mission Partners, a nonprofit subsidiary of New Galilee-based advertising agency Integra Marketing Group, to help what the group calls “returning citizens.”

ReClaim is working on transforming an empty house into a place for at-risk youth whose parents are in prison. Gene Miley, a project manager for a local real estate agency, became involved with ReClaim and enlisted help from the national office of Associated Builders and Contractors. They set him up with a program from the National Center for Construction Education & Research that covers subjects such as using tools and construction math.

“We’re starting with basics,” Miley said. “Most of these men and women don’t have any skills.”

Participants work on the house during the day and take classes in the evenings. In addition to the trade classes, the Project provides literacy training and counseling. The pilot program consists of two classes of 10 men aged 18-24. Miley said he is already hearing from mothers with sons in the local jail that they want them enrolled upon release.

Like most areas, Beaver Falls lacks skilled workers. Jeff Arnold, a local minister involved in the project, said providing in-demand skills increases the likelihood of employment. There are other benefits, Arnold said. Working with your hands provides dignity and a result that can be seen at the end of the day.

“We’re looking for cream to rise,” Arnold said. “This involves hard work, it involves discipline, it involves initiative — a lot of this you learn along the way while you’re taking the class.”

Learning these skills helped Corey Sparks turn his life around. Now, he wants to help others do the same. 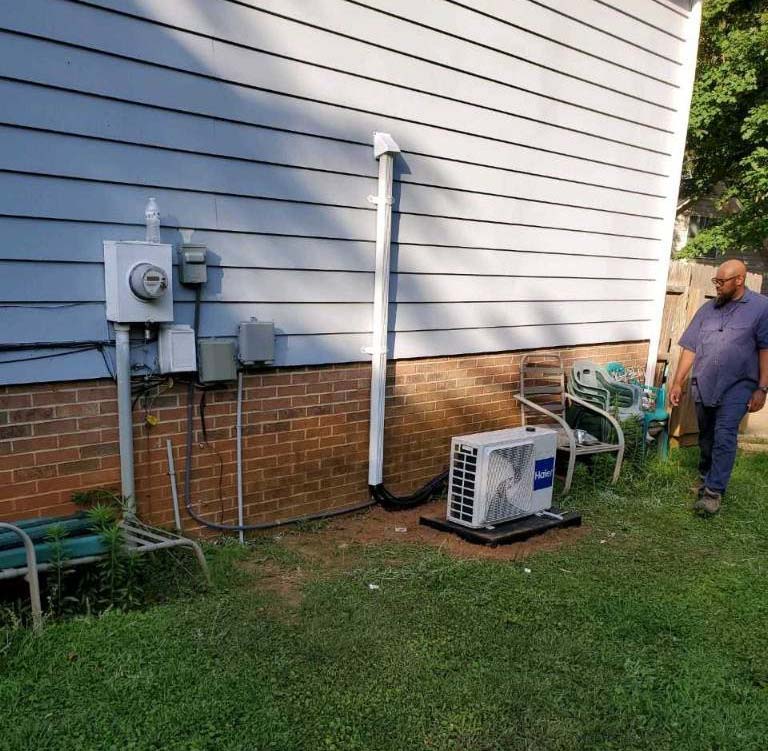 A NEW PERSPECTIVE: Corey Sparks works on a residential repair. Sparks took the opportunity to expand his HVAC skills while in prison.

Sparks, a resident of Charlotte, North Carolina, started learning HVAC repair in 2011. He took courses at a local community college and earned his EPA 1 and 2 certifications. But instead of pursuing a career in the field, he fell back into his bad ways.

“I hadn’t started taking my life seriously,” Sparks said. “I was still involved in things I shouldn’t have been.”

In 2014, he decided to change and went to back to school, this time earning his Universal EPA certification. Sparks also reconnected with his former classmates. They helped him get work and he eventually landed a job as maintenance manager at Hope Haven, a substance abuse rehab facility. Sparks also started doing side jobs, fixing air conditioners for people he knew.

“I saw the potential in the HVAC business,” he said.

Before he could pursue that potential, though, his past caught up with him, and Sparks wound up spending some time in prison. But this setback gave him the chance to work on chiller systems and boilers, and it re-enforced Sparks’ dedication to HVAC. He told other inmates to learn the trade. 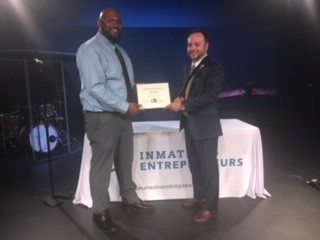 PASSING IT ALONG: Spark hopes to show others HVAC is a way to turn their lives around.

Hope Haven kept Sparks’ job open, and he returned there upon release. He also started doing work for people he knew. Then he enrolled in an eight-week program called Inmates to Entrepreneurs. This taught him the basics of starting his own business. Now Sparks is working toward getting his contractor’s license and opening Sparks Heating and Air Repair.

Sparks understands the challenges of convincing potential clients to take a chance on somebody with his background. He said he is not afraid to share what he calls his journey.

“Sometimes it just takes the chance to show your character to somebody,” Sparks said.

He also wants to help others like himself to find their way through HVAC repair.

“This trade just provides so much opportunity and the chance to take care of your family and be on the right side of things,” Sparks said. “I want to take those guys who don’t have anywhere to go, who don’t have any direction, and give them direction.”

Experts Expect Interest in IAQ to Continue after COVID

Minority Contractors See Opportunities in HVAC for Themselves, Others