In a year where not much has gone according to plan, the AIM Act’s legislative journey has been no different. Most recently, the federal HFC phasedown proposal is taking a multi-phase, written path through the Senate Committee on Environment and Public Works instead of receiving a typical hearing.

Assorted stakeholders submitted written testimony in the first phase, concluded in early April. Many organizations repeated familiar talking points in support of the bill regarding its projected economic benefits and its unusual coalition of support. However, some companies and associations used the chance to make more distinct points or even specific requests regarding the bill’s language.

ACCA’s unique input came in part in the form of requesting that Congress and the EPA take the opportunity to restrict refrigerant and HVACR system sales only to EPA-certified customers.

“Too many individuals that are untrained on the environmental and safety issues of refrigerants and HVACR systems can purchase these products and cause serious harm to the environment, the efficiency of HVACR systems — and likely the lifespan of the equipment,” said ACCA president and CEO Barton James. 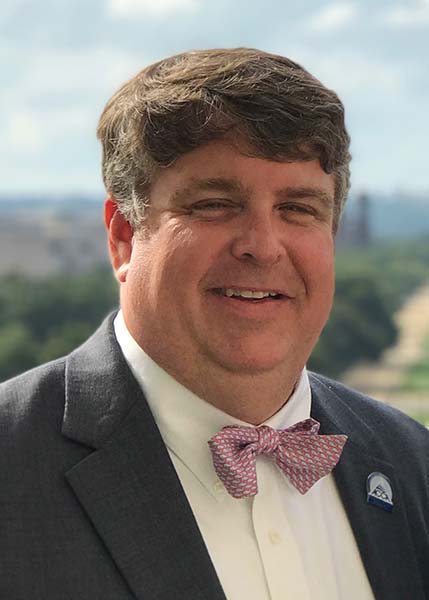 TARGETED APPROACH: ACCA's president and CEO, Barton James, encouraged federal preemption of additional state actions in the AIM Act that would cover only the residential HVACR market. ACCA believes that specific preemption would decrease room for disinformation while circumventing inconsistent enforcement resources from state to state.

The nature of some refrigerant contenders in the wake of an HFC phaseout only supports this move, according to Lanny Huffman, ACCA board chairman and president of Hickory Sheet Metal Co. in Hickory, North Carolina.

“The next phasedown, which will lead to the introduction of A2L mildly flammable refrigerants, is a wholly different phasedown that raises significant concerns in the contracting industry and to our customers,” Huffman said. “We have to get this right the first time, and we must have a unified approach across the U.S. to ensure the introduction of A2L refrigerants is done safely.”

Related, the association proposed that the evolving nature of refrigerants has made the current 608 certification’s lifetime duration outdated. Although ACCA acknowledges that differences of opinion on the topic remain among its own board of directors, its testimony encourages Congress to consider required renewals for those holding EPA certification to buy refrigerants.

“We have to get this right the first time," said Lanny Huffman, ACCA board chairman and president of Hickory Sheet Metal Co., "and we must have a unified approach across the U.S. to ensure the introduction of A2L refrigerants is done safely.”

Wyoming’s Senator John Barrasso, M.D., chairs Environment & Public Works, and he submitted his own testimony to express concerns and state his opposition to the AIM Act as written. One of his concerns, and one of three recurring themes, surrounds the bill’s language regarding exceptions for HFC use. 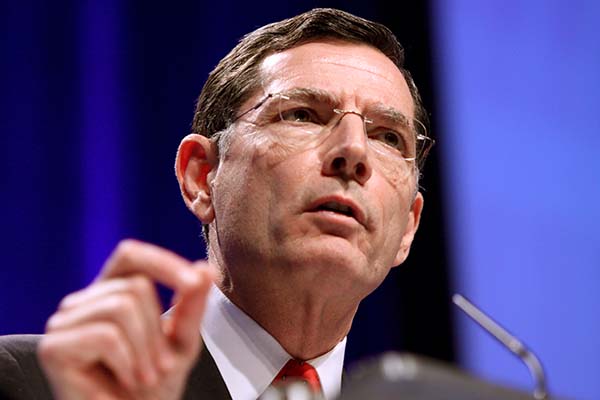 NOT CONVINCED: Senator John Barrasso (R-Wyoming) is chairman of the Senate committee on Environment and Public Works. He expressed his opposition to the AIM Act in its current form, although some stakeholder comments differed with regard to the likelihood and degree of phasedown-related risks that the senator has discussed. Photo by Gage Skidmore, CC S-A 2.0

Barrasso said that the bill “does not provide any way for manufacturing sectors that do not have a viable alternative to HFCs to get an ‘essential use’ exemption before 2034.”

He offered as an example Safariland, a manufacturer also from Wyoming, which employs 75 workers and produces defense sprays for public and police use.

Companies such as Safariland would not need to apply for any special exemption to continue operating as they have.

Participants from Lennox and the National Resource Defense Council (NRDC) attested to planned levels being sufficient for all legitimate needs at that point, given the major manufacturers’ widespread migration to other refrigerants before then.

AHRI pointed to significant EPA experience in such matters and, should the need arise, “is generally considered to have worked well with industry in issuing exceptions for public health, military, aerospace, and fire suppression applications, among others.”

AHRI also reminded participants that the phasedown only applies to new HFC production and imports. Any inventory via recovery, recycle, and reclaim practices represents potential availability on top of scheduled thresholds.

Senator Barrasso also wrote that under the bill, “EPA would have broad authority under the ‘accelerated schedule’ provision to accelerate the overall phasedown and restrict certain uses of HFCs.”

The NRDC’s David Doniger observed that the bill allows for no schedule change before 2024, and at that point, any change must meet various criteria.

Specifically, data would have to show that supplies of HFCs and alternatives are in place to meet all industry needs. The EPA would have to deploy a full rulemaking process and then conclude “a more stringent schedule is practicable,” taking into account assorted commercial, safety, and availability factors.

On the manufacturing side, AHRI expressed confidence that even a subsequently accelerated federal schedule would not undermine the AIM Act’s goal of providing regulatory certainty.

“As a general matter, for our industry, it is the presence of a schedule that provides certainty, not the specifics of that schedule,” read AHRI’s testimony.

The point, AHRI continued, is that no major manufacturer is likely to try to follow the outer limits of any phasedown timeframe. Economic and efficiency-related factors would compel manufacturers to set an internal deadline for a complete switchover to non-HFC equipment lines in advance of any federal deadline, according to the association.

In fact, Johnson Controls requested that the AIM Act’s framework be amended to direct “a single, nationwide HFC transition for stationary air-conditioning equipment with an effective date of January 1, 2025,” representing a less varied and quicker target.

Whether or not Johnson Controls’ preferred timeline makes it into the bill, AHRI president and CEO Stephen Yurek commented that “most companies will completely transition from HFCs by mid-decade” anyway because “it is cheaper, easier, and more profitable to transition in one fell swoop” despite a longer transition window in the current bill.

“Once a company has transitioned from HFCs,” he added, “states cannot impose a more stringent standard.” At that point, “there is nothing left for the state to regulate,” given the legislation’s tailored regulatory parameters.

Senator Barrasso has worried that without federal preemption, manufacturers that cannot or do not execute such a comprehensive switchover would be left forced to produce different equipment for different states, potentially driving up prices for consumers and manufacturers alike.

Barrasso’s testimony also referred to the Trump administration’s strong support for federal preemption, emphatic to the point of raising the possibility that the White House may veto any version of the AIM Act that does not contain such language.

AIM Act supporters cannot dismiss such rhetoric or its possible consequences, but various supporters insisted preemption was not necessary, or at least not on that scale.

HARDI noted that “previous phasedowns were able to prevent state action simply by providing a federal framework; no preemption of state action was required and is not needed in this instance."

Honeywell’s Sanjeev Rastogi, vice president of its fluorine products division, wrote that “in our experience, for this industry the most effective preemption is having a credible national program in place.”

On the regulatory side, the California Air Resources Board took more of a constitutional angle in its support for the current version, saying it “furthers the principles of cooperative federalism required by the Clean Air Act.”

Meanwhile, the U.S. Chamber of Commerce seemed open to a hybrid solution. Chuck Chaitovitz, vice president for environmental affairs and sustainability, observed that “there are several creative preemption models,” while urging a preemption approach that “takes into account existing state programs” to transition to HFC alternatives.

Speaking of “creative” models, ACCA’s James asked Congress to apply federal preemption language — but only for the residential HVACR market. The reasoning centers largely around the growth of A2L use.

“ACCA is less concerned about the commercial and industrial markets transitioning,” James said, “because those markets have been using flammable refrigerants for many years.”

However, A2Ls will represent new territory for the residential market. There, ACCA argues, a clear federal plan will avoid the misinformation (intentional or otherwise) that has surrounded some other transitions. It would also circumvent the problem they describe in some states as having “a poor record of enforcing their own existing laws and regulations.”

To that point, the association states that roughly 10 percent of HVACR installations in California are properly permitted. How, ACCA asked, “can California’s policy makers ensure there will be a safe transition” in this case when around 90 percent of existing systems never received an inspection for proper installation in the first place?

James reiterated that ACCA does not oppose A2L refrigerants in general, but the association remains concerned about the effects of different schedules on professional contractors who work across jurisdictions — and, more importantly, it worries about unqualified installers who could create safety hazards for residents and for professionals called to address previously unpermitted work.

Relegated to correspondence for this process, the committee’s next steps in April were to include taking senators’ questions based on this testimony, distributing those questions to respective commenters, and then collecting those organizations’ replies.

The public will reportedly be able to view all of those materials at the committee’s website. At this point, the fates of any preemption language and the bill itself remain less clear.