Competition for the mechanical room advances steadily as a host of variables affect which HVACR technologies and practices will make it into the field. Zoning is one of these technologies. Divided between hot water and forced air categories, zoning technology has experienced success in both residential and commercial applications of hot water and hydronic systems. When it comes to forced air systems, however, Dick Foster, president of Trolex Corp., said that the HVAC industry has yet to fully embrace the value of zoning. Although the overall growth of zoning typically averages 20 percent a year, according to Foster, he said that it takes a lot of repetitive training with contractors to achieve that growth.

“Zoning is not recognized for the benefits of added comfort and energy savings,” he added. “Zoning’s prominence is still mostly in new homes, and very few contractors understand the opportunity that they’re missing in offering zoning with every retrofit and/or changeout and commercial application.”

Cliché or not, the fact is that disruptions are on the horizon for the HVACR industry, and that means a shift for the zoning market. These primary shifts will likely come as a result of three factors — smart homes, performance-based contracting, and predictive maintenance.

“We live in an era where the consumer demands to have control at their fingertips,” said Jarred Duebel, national sales manager for iO HVAC Controls. “This is a great thing for the zoning industry. Zoning is becoming increasingly attainable, affordable, and available to the end user.” 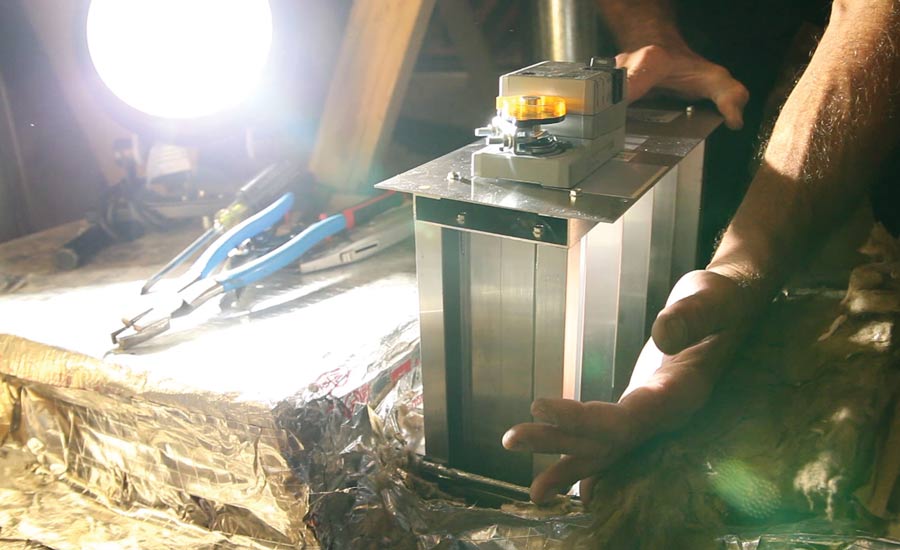 According to Duebel, zoning contributes to the customized comfort options promised with smart homes and the improved control and energy savings from performance-based contracting.

“Zoning integrates well with smart controls such as Wi-Fi thermostats, and because zoning requires multiple thermostats, it is a natural progression that the end user would want one place to program and control their system,” he said. “There is no better way than through smart home connected devices.”

Justin Hilaire, national sales manager for EWC Controls, echoed this matching of zoning technology to the current shifting trends and added that monitoring and controlling all the thermostats within a home from across the nation could be described as amazing.

“Hot water valve zoning originated in the 1950s, and forced air zoning followed shortly after in the ‘60s,” he said. “Today, while the concept of zoning has not changed, enhancements have made it easier than ever.”

Hilaire went on to describe some of these enhancements, including smart home compatibility, the ability to control bypass air with smart bypass technology (SBD), and modulating supply dampers that are compatible with today’s high-efficiency communicating protocols, to name a few. He explained that with these advancing zoning technologies, contractors are not only able to embrace zoning and smart homes, but they are also able to marry zoning and predictive maintenance technologies to provide increased control and real-time monitoring.

“Zoning gives the homeowner a more detailed picture by breaking down the home in sections for closer observation,” he said. “Zoning today’s multi-staged and variable speed, high-efficiency equipment is a perfect match and provides more comfort to the homeowner than ever before.”

Design and negotiation have been invested in the improvement of zoning technology as its manufacturers endeavor to simplify and integrate the concept further into modern HVACR. Wiring practices have been simplified in several ways, depending on the installation. 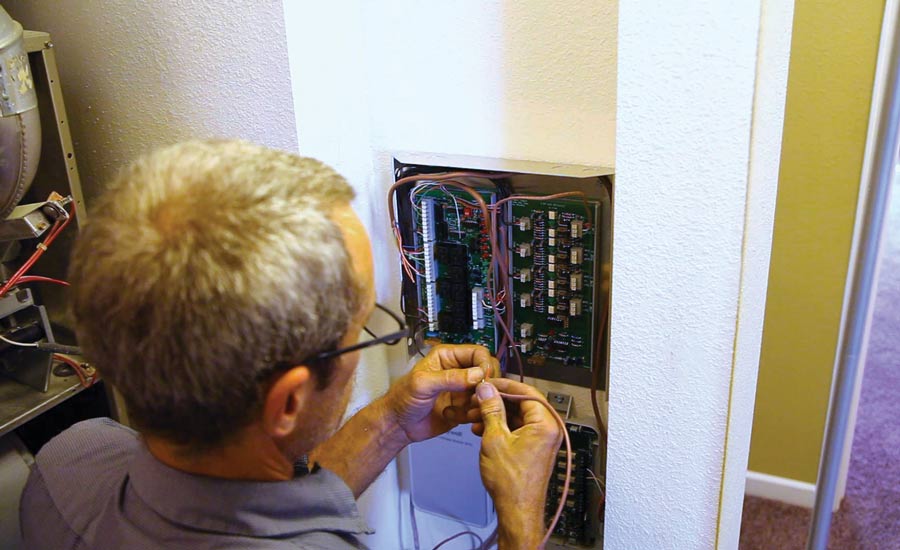 WIRING TRENDS: Wiring practices have been simplified with many zoning applications in order for contractors to easily use color-coded wiring or take advantage of wireless opportunities.

His company is also adjusting wiring practices for dampers in order to make retrofit systems easier to zone.

“Installing dampers at the outlets and snaking the wires back through the duct system now opens up every existing home to the ability of being zoned,” said Foster. “Adding in wireless thermostats now makes any home able to be zoned with ease.”

Wireless communication is a key element in regard to simplicity and integration. Contractors have seen this communication predominantly in the more recent thermostats on the market. In some cases, however, real communication between controls and machines has been complicated by proprietary concerns.

Hilaire explained that these proprietary thermostats have closed communication protocols that cut off other branded equipment’s compatibility. To overcome this, EWC Controls is partnering with several manufacturers to build compatible products.

“When we meet for new product development meetings, the vision is to not only provide technicians and end users with what they need, but also to simplify the installation and configuration as much as possible,” said Duebel. “With that being said, we have new solutions for situations where technicians may have limited wiring, no wiring, and/or broken wires. Wireless solutions will inevitably play a role in the future of zoning, and I can foresee further integration with smart home devices.”

Contractors’ lives would be easier if it came with the ability to see the future, but until technology can accomplish this feat, Foster explained the increased awareness of zoning that is coming from the automotive industry. With vehicles having several heating and cooling zones within them as standard options, consumers now have a tangible way to understand and interact with the mechanics and benefits of zoning, according to Foster.

“The opportunity for contractors to grow and make more money is here, has been, and will only grow as people become more educated,” he said. “Contractors who are not offering zoning, smart thermostats, duct cleaning, and performance contracting are missing things homeowners want and will buy. The real question is, how many contractors are willing to look at what they can already be offering and are missing out on opportunities to grow their business now?”

Zoning Tips from the Top 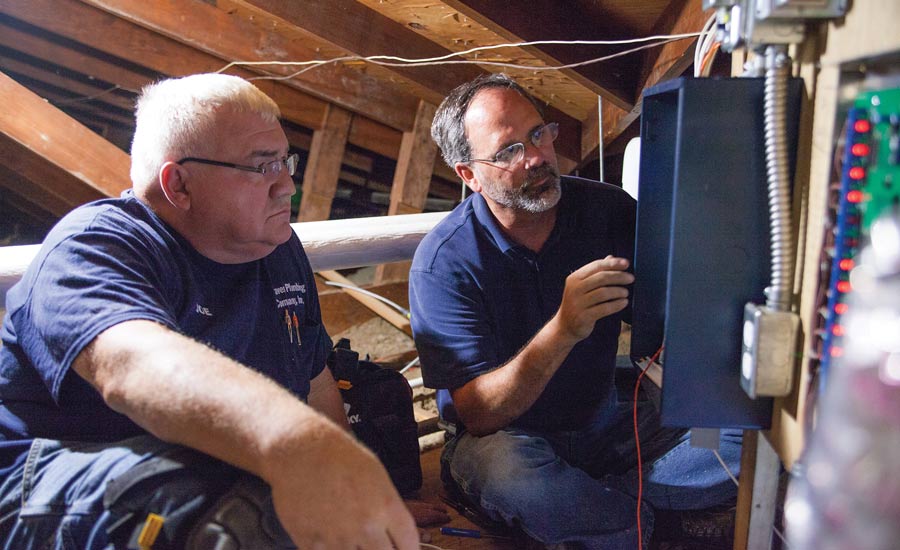 GET COMFORTABLE: Zoning manufacturers recommend that contractors become comfortable with zoning technology so they know they can zone any home.