Technology of any kind always seems to come with an upfront costs that makes people wonder if it’s worth it, even if there is a reward later on. HVAC contractors could invest in all kinds of technology, ranging from tools to management systems, but often, the question lies with the payoff. That’s where seeking out the most intelligent products can help them make the smartest investments.

Like many contractors, Kent Jones knows he needs to invest in more technology but finds the array of offerings challenging to navigate. While many promise improved performance, the president of Air Energy Solutions in Richmond, Virginia, wonders if they are really worth the investment in time and money.

Jones has seen the value for larger players. His old company used Total Service to successfully track projects in real time and perform other functions. That system was relatively expensive and required dedicated servers. Now he wonders when his four-year-old company, which just started adding maintenance work after focusing on new commercial construction, will reach the point of making a similar investment in technology worthwhile.

“It becomes a lot of data that people have to keep up with themselves, and that’s not going to work,” Jones said. “It can become overwhelming.”

“It allows us to get new techs out there faster, making us money ... If they know how to set the probes up, they have a higher likelihood of solving the problem.”
- Michael Housh
Owner Housh Heating and Air Conditioning

For Jones, it’s sometimes hard to get good advice about which systems to invest in. One contractor will swear by a product, while others hate it. And still others seem to keep their opinions a secret to protect their edge, he said.

Stephen Rardon, owner of Rardon Home Performance in Raleigh, North Carolina, isn’t shy about what tools he uses or how much he values technology in general.

“If you were going to do the same job without these tools, you are definitely going to spend more time,” Rardon said.

His current favorite tool is MeasureQuick. This tool allows Bluetooth-connected tools from different manufacturers to communicate through the same interface. Rardon said he is able to show up at a job, deploy tools, and run the system for 15 minutes — and within 30 minutes, he has all the information he needs.

Michael Housh, owner of Housh Heating and Air Conditioning in Monroe, Ohio, in another MeasureQuick fan because of the way it allows the user to interface with a variety of tools. Also, the tools they can use with the system are less invasive than a full set of gauges and hoses.

MeasureQuick helps users understand where performance is without all the calculations for BTU output, airflow, capacity, and other such measurements, Housh said. The time-saving measure of the system help alleviate the challenge of the tech shortage, he said.

“It allows us to get new techs out there faster, making us money,” Housh said. “It has a lot of just-in-time learning built into it. If they know how to set the probes up, they have a higher likelihood of solving the problem.”

Before investing in MeasureQuick, Housh used extensive checklists — but techs knew what the answer should be and often put that down instead of the actual reading. MeasureQuick provides a professional-looking report that can be saved, Housh said, a copy of which can be both sent to the customer and saved for company records to provide a history of how the equipment was running. Housh found 80 percent of his customers aren’t that interested. However, they are impressed by seeing the tool in action, even if it’s more information than they need, he said. 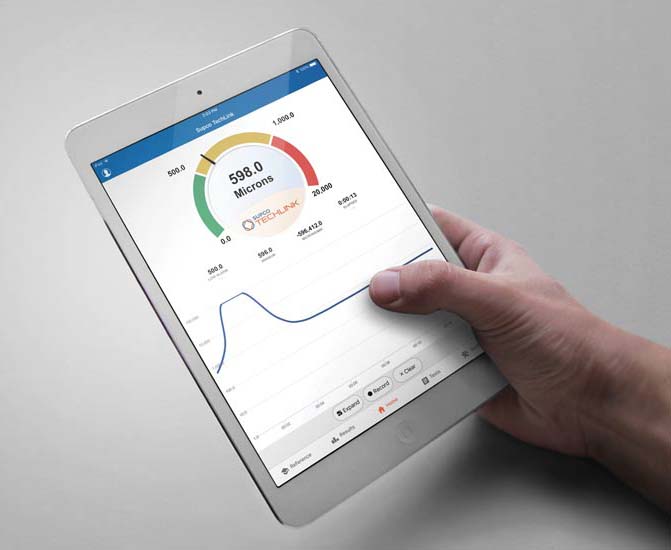 THE MORE YOU KNOW: Intelligent tools provide information that allows contractors to identify both current and potential problems.

Rardon said some clients are more tech savvy and really appreciate the report. Other clients are less interested in the reports but appreciate being shown the change in performance through a service or repair. For example, Rardon used MeasureQuick on all his preventive maintenance jobs, making it possible to spot trends such as capacity losses.

Another tool that both contractors like is Supco TechLink. Rardon said this series of connected instruments allows him to be in two places at one time. Doing the work by hand, he’d have to take a temperature reading at the return or in the duct, then take the same probe to the supply duct register and wait for that to balance out. The longer the system runs, the more temperature changes — even in 15 minutes, there is a difference that makes the readings less accurate. Now he has two air temperature devices and uses the wireless kit to monitor them both.

More than any specific tool, Rardon and Housh find tremendous benefits in Bluetooth-enabled devices. Even higher on Rardon’s list are devices that use z-wave, which is even stronger and has a longer signal. Rardon does maintenance for self-storage facilities that can be three or four stories tall, with equipment on roof and air handlers on each floor. For this work, he uses iManifold, which has a ¼-mile range without repeaters.

Housh likes tools that teach. It’s one of the aspects of TechLink he really likes. Housch also likes the apps from HVACSchool and Danfoss; he said they provide a lot of information right at his fingertips.

Housh is in the field himself a lot of the time, so he looks for handy apps that are easy to use. Housh described himself as the guy who would like to get the latest smartphone but can’t bring himself to spend the money. So instead, he gets his gadget fix with tools for his business, devoting his extra budget to these tools.

“With today’s technology, it just makes sense to use it to our fullest advantage,” Housh said.