What Is Steam Quality?

The measurements needed to obtain a steam quality measurement are temperature, pressure, and entrained liquid content. A high percentage (88 percent or more) of industrial steam systems use saturated steam for process applications. Saturated steam (meaning steam that is saturated with energy) is completely gaseous and contains no liquid.

The boiler operation uses chemical energy from a fuel source to deliver energy to the boiler water. Inside the boiler, liquid gains energy from the combustion process and changes state into saturated steam. Water enters the boiler at point A, and the water gains sensible energy (hf) to point B. The change of state is referenced as point B in Figure One. As the saturated steam acquires more energy from the boiler combustion process, the steam achieves a high quality (moving left to right), as represented by points B to C. The increase in energy gained by the steam from points C to D goes toward the superheat of the vapor.

A directly proportional relationship exists between temperature and pressure in saturated steam. This means that as the temperature increases, so does the pressure. Illustrated by the lines of constant pressure in One, more sensible energy (hf) is needed to for water to transition from point A to point B and become a vapor. 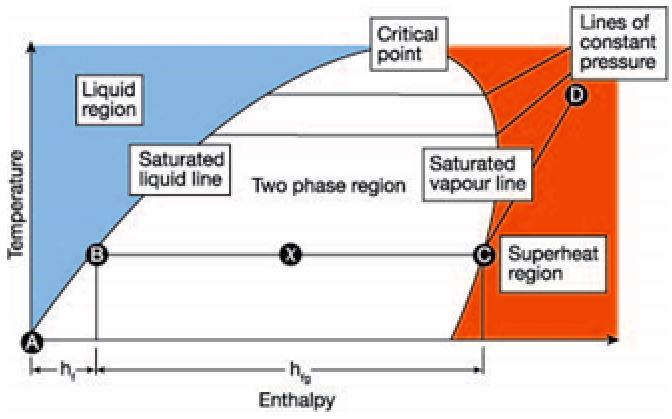 Figure 1. Relationship of Enthalpy and Temperature

Why Steam Quality Is Important

Today’s manufacturing techniques of heat transfer, control, and standards are all dedicated to improving and providing the highest-quality product to the marketplace. To attain the highest quality, each manufactured component of the final product is inspected repeatedly and measured for its quality. This ensures that it meets the manufacturer’s and consumer’s expectations.

Steam is a vital and critical part in producing the final product; therefore, steam quality should be one of the main measurable points in creating a product in today’s manufacturing facilities. All heat transfer components (shell/tube, plate/frame, plate/coil, tracing, etc.) base performance calculations on 100 percent steam quality, unless the manufacturer is informed by the end user that the steam quality is lower than 100 percent.

Unfortunately, steam quality is typically not monitored closely and is often assumed to be 100 percent. Therefore, issues that arise from poor steam quality are blamed on some other item in the system. Based on field documentation by SEA, a high percentage of steam systems are operating below acceptable steam quality levels.

What Are the Effects of Steam Quality?

How To Measure Steam Quality

A true measurement of steam quality can be obtained from the use of a throttling calorimeter and Ganapathy’s steam plant calculations. Unfortunately, most industrial plants do not have the luxury or capability of doing the testing.

Another way to measure steam quality is by relying on the basics of steam. Saturated steam is a dry invisible gas and only becomes visible with entrained air or liquid. Therefore, opening a steam valve and allowing steam to be released into the atmosphere provides an estimate of the steam quality in the system.

Figure Two indicates an acceptable steam quality. The discharge from the valve through the tube is almost invisible. 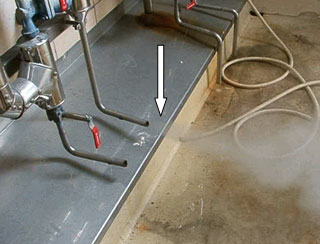 Figure Three shows the discharge from the valve off the steam line to be very visible, with liquid being discharged with the steam vapor. 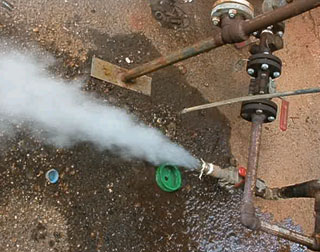 The steam quality is not acceptable for the process.

Figure Four shows the discharge from the valve off the steam line to be very visible, with liquid being discharged with the steam vapor. 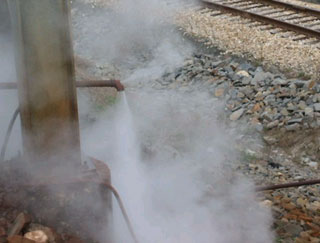 The steam quality is not acceptable for the process.

The apparatus used to determine the moisture content of steam is called a calorimeter. However, since it may not measure the heat in the steam, the name does not describe the function of the apparatus. The first name used was the “barrel calorimeter,” but the liability of error was so great that its use was abandoned.

Modern calorimeters are generally of either the throttling or separator type.

Figure Five shows a typical form of throttling calorimeter. Steam is drawn from a vertical main through the sampling nipple. Then it passes around the first thermometer cup, through a ⅛-in. orifice in a disk between two flanges, around the second thermometer cup, and to the atmosphere. 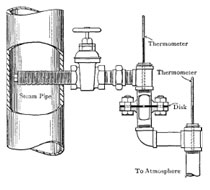 The instrument and all pipes and fittings leading to it should be thoroughly insulated to diminish radiation losses. Care must be taken to prevent the orifice from becoming blocked with corrosion materials. The discharge piping should be short to prevent backpressure below the disk.

When steam passes through an orifice from a higher to a lower pressure, as is the case with the throttling calorimeter, no external work has to be done in overcoming a resistance. Hence, if there is no loss from radiation, the quantity of heat in the steam will be exactly the same after passing the orifice as before passing.

If, however, the steam had contained 1 percent of moisture, it would have contained less heat units per pound than if it were dry. Since the latent heat of steam at 160 psig is 852.8 Btu/lb., it follows that the one percent of moisture would have required 8.5 Btu/lb. to evaporate it, leaving only 45.4 – 8.5 = 36.9 Btu/lb. available for superheating; hence, the superheat would be 36.9⁄0.47 = 78.5°, as against 96.6° for dry steam. In a similar manner, the degree of superheat for other percentages of moisture may be determined. The action of the throttling calorimeter is based upon the foregoing facts, as shown below.

The difference in Btu/lb. of steam at the boiler pressure and after passing the orifice is the heat available for evaporating the moisture content and superheating the steam. Therefore,

A slight error may arise from the value used as the specific heat of superheated steam at atmospheric pressure: 0.47. However, this value is very nearly correct, and any error resulting from its use will be negligible.

There are many forms of throttling calorimeter, all of which work upon the same principle. This calorimeter consists of two concentric metal cylinders screwed to a cap containing a thermometer well. The steam pressure is measured by a gauge placed in the supply pipe or other convenient location. Steam passes through the orifice A and expands to atmospheric pressure, its temperature at this pressure being measured by a thermometer placed in the cup C. To prevent radiation losses as far as possible, the annular space between the two cylinders is used as a jacket, steam being supplied to this space through the hole B.

The separating calorimeter mechanically separates the entrained water from the steam and collects it in a reservoir, where its amount is either indicated by a gauge glass or where it is drained off and weighed. Figure 6 shows a calorimeter of this type.

The steam passes out of the calorimeter through an orifice of known size so that its total amount can be calculated or it can be weighed. A gauge is ordinarily provided with this type of calorimeter, which shows the pressure in its inner chamber and the flow of steam for a given period, this latter scale being graduated by trial.

The instrument, like a throttling calorimeter, should be well insulated to prevent losses from radiation.

Getting the Most Out of Modern Steam Boilers