Seven Tips for Installing Variable Refrigerant Flow on a Roof

VRF on a roof might be a less familiar sight, but it offers advantages

From flexibility and noise levels to controls and precision performance, the basic pitch for VRF technology is familiar by now to the industry in general. So is the concept of locating HVAC equipment on the roofs of typical nonresidential buildings. The deployment of multiple traditional VRF units on the roof may be a less familiar sight for technicians and a less familiar concept for owners and designers, but it offers its own advantages.

A good concept executed poorly will mislead customers about the quality of the concept, resulting in subpar performance and missed opportunities for others to take advantage of a useful idea.

Tadiran is an HVAC company in Israel. It is an exclusive distributor for Toshiba VRF in that country. Tadiran works on the premise that VRFs can simplify and enhance the life of the consumer, but it can cause a lot of headaches for installers if they don’t have the right support and assistance from the distributor or manufacturer.

To that end, the company has built an experienced energy team to provide the range of support installers need in order to do their jobs as efficiently and as well as possible.

Here, Tadiran’s team contributes seven thoughts for contractors, designers, and installers to achieve the type of precision installation that minimizes the risk of problems and maximizes performance. 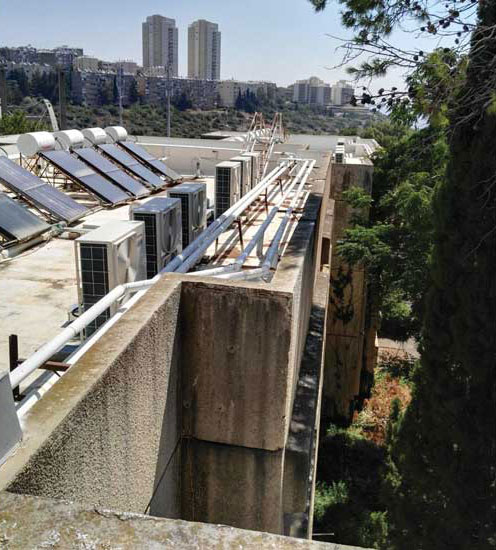 Contractors must follow the design programs created by the support team and consulting engineers. This plan includes the piping layout, which itself includes the size, diameters, and distance between the indoor units.

2. PLACEMENT ON THE LEVEL

The outdoor unit must be installed in an area with ventilation, on a horizontally leveled surface that can support the system and reduce the noise heard. 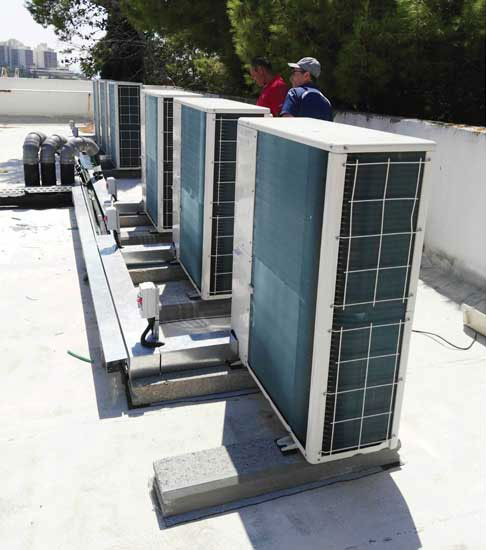 The outdoor unit should be installed on a beam, thus creating space between the roof and the unit. To ensure the impact of the vibrations of the outdoor units are limited and minimal, a vibration absorber is placed between the beam and the rail. 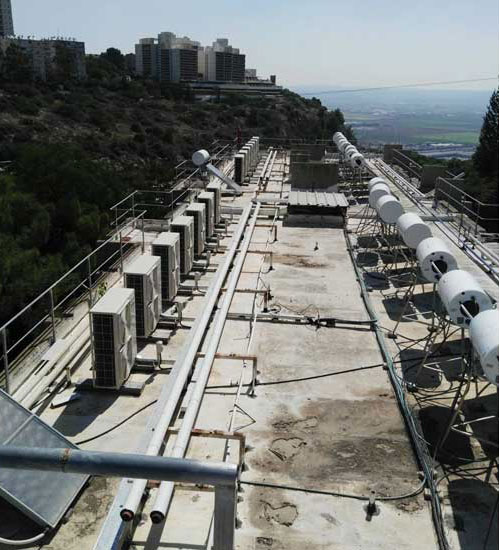 The distance in height between the first joint and furthest indoor unit can be as much as 295 to 360 feet, as opposed to 98 feet for a traditional a/c unit. For top discharge units, the distance between the outdoor units can be as little as 2 cm, increasing potential usable rooftop space and improving the appearance. 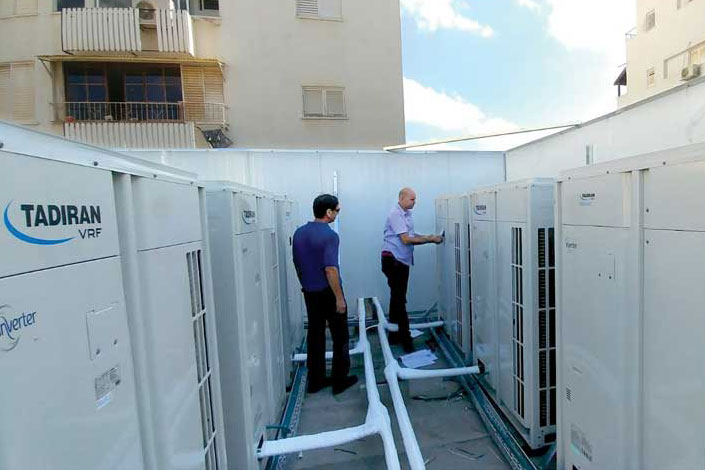 In order to test for leaks, it is imperative to test the entire system at a 600-psi nitrogen charge for 48 hours to ensure that after 48 hours, the pressure remains at that level. Most installers don’t realize the importance of testing the entire unit under such conditions.

It is incredibly important to braze the pipes with nitrogen gas at 2 to 5 psi in order to be certain that the inside of the pipes have no oxidation. It is best to insulate the refrigerant pipe with at least 9 mm of foam to reduce heat transfer, to maintain the efficiency of the unit.

Finally, a common error made by installers is not leaving enough space for proper ventilation of discharged air from the unit.