For the up-and-coming generation of technicians, a job is more than just a paycheck

The average HVACR technician is a guy in his late 50s. The job outlook, over the next decade, is due to grow 15 percent: plenty of retirement parties, and plenty of opportunity for the next generation to step into their shoes.

Six members of The NEWS’ 2018 40 Under 40 shared their thoughts on what the next generation of technicians looks for when considering a job in the HVAC field.

Anyone who’s worked in HVAC would agree with Bill Artis, principal at Essential Energy, Hicksville, New York, that “It’s not just slugging a bunch of tools around all day long.” For a generation that’s much less interested in working with technology than getting their hands dirty, it’s worth promoting the technical — and, increasingly, tech-centric — side of a job in HVAC, he said.

“There’s a lot of bells and whistles in this stuff; there’s a lot more mechanical things than greasy bearings,” Artis said. “I think promoting a different image among the trades has got to be something we focus on, going forward.”

Justin Angeletti, owner at Stallion Mechanical LLC in Luthersburg, Pennsylvania, agreed that the technology aspect of HVAC could spark the interest of a generation that’s grown up looking forward to the latest smartphone release.

“I think the way the trades are going now — all the digital controls, the ability to have all the smart technology — I think that’s gonna help to interest the younger generation into the trades,” he said. “Because a lot of it — not even just the thermostats, even the furnaces — you can control from your phones.”

Getting some of that technology into vocational/trade schools would help, he added. Due to funding challenges, a lot of them are using technology that’s not current.

NOT JUST DOLLARS AND CENTS 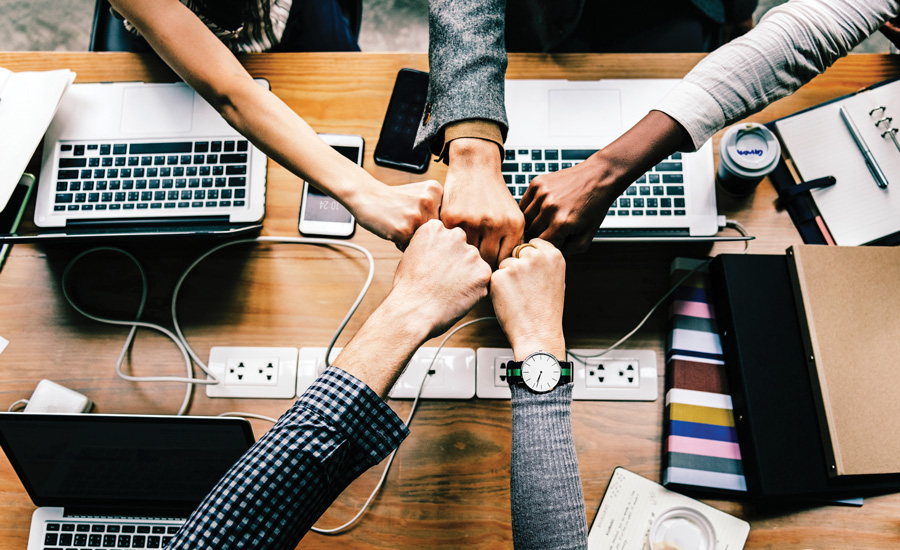 REWARDING REWARDS: Hudson said his younger employees like to be awarded and recognized more than he’s used to. “But I think it gives them a sense of accomplishment which is very important in their development,” he said. “When you show individual recognition during a company meeting, you see the results in their production for the day.”

“You’ve heard a lot about the ‘trophy generation,’ but I think it all boils down to that work-life balance,” he said. “They’re not as money-focused as past generations. They don’t want to work 70-hour weeks, even if it’s double or triple overtime.

“Where I think the older generation gets that wrong is taking that as a lack of interest or seriousness,” he continued. “What [younger employees] are saying is, there are other interests than working … rather than pounding the ground for 30 years to make as much as they can.”

That attitude probably stems from growing up during the Great Recession of 2008; from crushing student loan debt, averaging $37,000 for a Class of 2016 student; and from the lack of access to capital and, by extension, to homeownership that results, he said.

“Or maybe they saw their parents die of cancer, and they don’t see slaving away, no matter the reward, as a life value,” he said. “That has to be a realization by folks who recruit them, so they can work on connecting the work that they do into an end result with some type of meaning.”

On the flip side, Kiscaden said, while the older generation was able to see the goal they were shooting for and work toward it, “the younger generation thinks they deserve it, rather than working for it. That is real, and that has to be overcome when you hire them.”

“So much of the younger generation — the kids that are in high school today, even into their 20s … their parents, I feel like, give them so much that they don’t have to work for anything,” he said. “I think it’s a struggle to try and find younger people that want to work.”

One of Artis’ friends in New York City worked on the Empire State Building. He’s been to the top, where no one gets to go, and he knows how the building works and what it takes to keep it running. Seeing the tangible result of his work motivates him career-wise.

“I think today it’s … not just stability or a paycheck, but a position and a career where they can get recognized, see a tangible result: not the same ‘put your head down and truck along 40 years until retirement,’ as you will,” Artis said.

“But I think it gives them a sense of accomplishment, which is very important in their development,” he said. “When you show individual recognition during a company meeting, you see the results in their production for the day.”

On a day-to-day basis, work-life balance manifests as a flexible schedule. Hudson gets a lot of time-off requests from his younger employees.

“There are things that I wouldn’t take a day of work for, but for them, it’s important,” he said. “I believe if you have younger employees, this is something you must do for employee retention. Once you help them develop a stronger mindset and mental toughness, little things like this start to be minimal.” 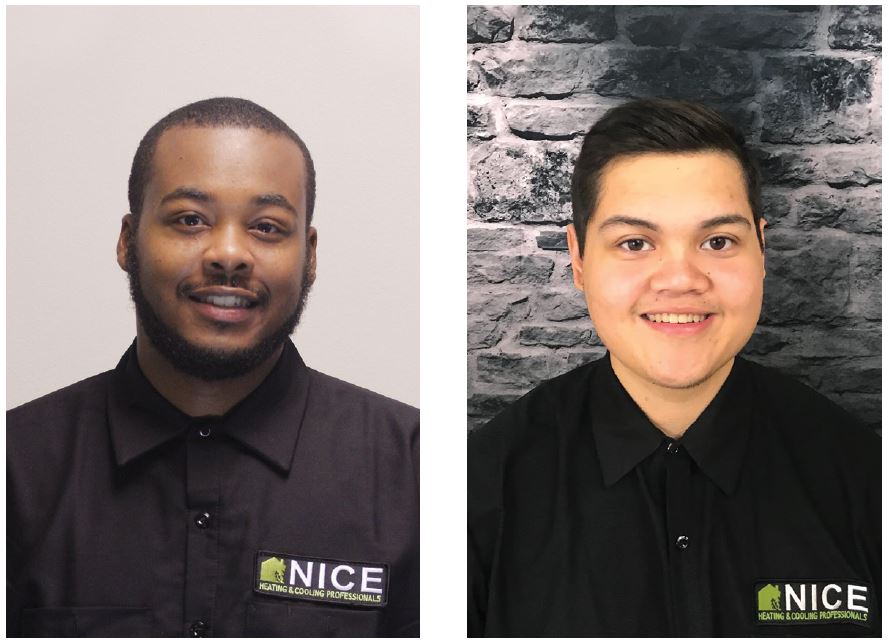 NOT A TALL ORDER: Mike Hudson, installation manager, Nice Home Services, Springfield, Virginia, interviews trade school students and younger hires weekly, and he reported that the biggest things they’re looking for is for someone to give them a chance and an environment that is committed to help them grow and develop in a family-like culture.

Abigail MacDonald is general manager at Service Professionals of Florida LLC. As well as offering competitive wages, Service Professionals works to create a strong company culture that breeds loyalty and a familial type atmosphere — and makes coming to work that much more enjoyable, she said. Case in point: Five years ago, when MacDonald found out she was pregnant, the owner, Chuck Allen, offered to build her a separate private nursery/office, so she could bring her son to the office and continue to work.

“His offer is a direct example of his support for ‘parent-friendly’ policies,” she said. “As you can imagine, what a blessing it was to be able to witness my son’s milestones when he was still a baby. Even to this day, my son still comes in after school and is playfully considered ‘The Boss.’ Though there were challenging times of being a working mom, having my son in the office was a huge motivational aspect for me to continue to increase my worker productivity and help me achieve the full-on work-family balance.”

“When I look back at the situation, I should have kept him: He was good at customer service, he was very smart technically, and did good quality work,” he said. “I should have tried to figure out how to make that three-day work week work for him and me. I could have said, ‘Why not let one of those days be a Saturday?’”

Brink is building a new shop and is incorporating an outdoor work area and standing desks in some of the offices.

“I’m trying to think outside the box and offer different atmospheres, rather than the 8-to-3 or 7-to-3 in cubicle all day,” he said.

Hudson interviews trade school students and younger hires weekly, and he reported that the biggest things they’re looking for is for someone to give them a chance and an environment that is committed to help them grow and develop in a family-like culture.

“It seems like they need to have a hands-on boss — one that comes out into the field and shows them things,” Brink said. “Some of the guys I’ve had and still have, I’ve been able to keep because I worked side by side with them. I really went over the how-to’s, and didn’t make them figure it out on their own.”

At Service Professionals, several of the younger technicians (ages 24-34) got their start by being primed in the field as helpers.

“The owner saw it as an investment opportunity,” MacDonald said. “Being able to allocate more time in the mentoring/teaching division has proved to be one of our successful ways to not only build up a technician, but to gain loyalty as well.”

About six years ago, the company started offering technicians the opportunity to attend a four-year, company-paid HVAC apprenticeship program.

“Our only caveat, in exchange for their education, is for them to learn, do well, pass, and apply their learnings to the field,” MacDonald said.

New hires appreciate the investment in their training, and that they are not viewed as ‘human machines’ to complete mundane tasks.

Hudson keeps new techs interested in advanced training by making it fun with programs such as Interplay, which is like playing a video game and is also available in virtual reality.

“This type of training keeps them engaged, and it’s amazing the type of results you get in the field from them in a short amount of time,” he said.

MEET THEM WHERE THEY ARE

Being involved in technical schools has been key to recruitment for one of Kiscaden’s friends, John Hirsch of Auer Steel. For the past two years, Hirsch has been going to local high schools, colleges, and post-secondary schools and giving hour-long presentations about the HVACR business.

Hirsch is a wholesaler; often, he brings a local HVAC contractor the students can pepper with questions about working in the field. Typically, his presentations center on technology and energy efficiency, as well as the shortage of workers in the skilled trades.

“He’s going directly to where these students are, connecting them directly to work, and getting them excited about working in the field,” Kiscaden said. “He’s more or less trying to sell his company — to say, ‘This why you ought to come work in the business, and why you ought to come work for me. I’m in your classroom, and the other guys aren’t.’”

Holding open houses, offering job shadowing, working with high school guidance counselors, and serving on the HVAC program advisory boards in local community colleges are all ways to get in front of students who are graduating as junior technicians or considering the field — and to get first dibs on recruiting the best and brightest as soon as they’re ready to work.