This website requires certain cookies to work and uses other cookies to help you have the best experience. By visiting this website, certain cookies have already been set, which you may delete and block. By closing this message or continuing to use our site, you agree to the use of cookies. Visit our updated privacy and cookie policy to learn more.
Home » Now That Federal Tax Credits Have Been Reinstated, the HVAC Market Has Room for Growth
HVAC Residential MarketHVAC Commercial MarketStandards & LegislationResidential Geothermal Heat PumpsCommercial Geothermal Heat Pumps

Now That Federal Tax Credits Have Been Reinstated, the HVAC Market Has Room for Growth

When loops go down, sales go up

Doug Dougherty is the president and CEO of the Geothermal Exchange Organization (GEO). He played a major role in the lobbying effort that got the federal geothermal tax credits reinstated in 2018, retroactive to Jan. 1, 2017. The NEWS spoke with Dougherty about the impact of the tax credit, trends in geothermal, and GEO’s increased focus on state-level policies.

The NEWS: When we spoke with you in early 2018, right after the credit had been reinstated, you estimated it might take a year for geothermal sales to get back to 2016 levels. How has that played out? 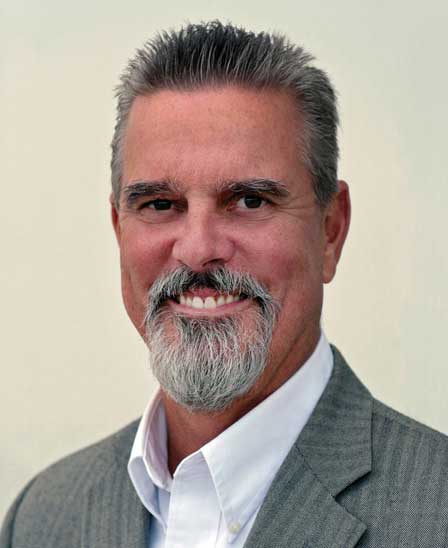 President and CEO of the Geothermal Exchange Organization (GEO)

Dougherty: The bottom line was, when Congress left us out of the extension that solar and wind got, it went from 30 percent for residential income tax credit to zero, and sales were cut in half: 2017 sales were half of what they were in 2016. It was a steep cliff. We’re talking every business involved in the geothermal pipeline, which would be contractors, mom and pop HVAC guys … I was at AHR in Atlanta, talking to my friends at Grundfos pumps, and they saw an impact on their pump sales. Emerson saw it on their compressor sales. The smaller the business and the more geothermal-centric that business was, that’s who took the biggest hit. They got hammered. I have a friend in central Illinois who had three drilling rigs, and all he did was geothermal heat pumps. By the end of 2017, he’d sold his drilling rigs and bought directional boring equipment, and now works for telecom. Their crew got different jobs and left. All of that talent was gone, and it’s not coming back to the industry.

So in 2017, we dropped 50 percent, but then in 2018, we got 37 percent back. Even if we’re 20 percent year over year, it’s still going to be another two or three years before we get back to where we were in 2016. We actually got a tax credit extension that basically gets us back to where we were [before] Congress messed up.

If you really look at how the tax credit was given to this industry to sort of jump-start it and get economies of scale … you go all the way back to when the tax credit was first put in place, back in ’08, and in ’09, you go into the biggest slump since the Depression. There were no housing starts, no commercial permits being issued in ’09, ’10, ’11, ’12. We were starting to see some light at the end of the tunnel, and then our tax credits go away. It’s going to take the full four years that we have them — ’18, ’19, ’20, ’21 — to get back to where we were in 2016.

The NEWS: Are sales back on the upswing?

A lot of people tell me, “That’s why we don’t like tax credits, because you never know when they’re going to expire; they’re gonna get yanked from you. I’d just as soon not have tax credits.” From my perspective as running a national trade association, if competing industries are receiving a tax credit, we should be in the same boat. That was our argument to the Republicans: You pick winners and losers, and you [demonstrate] to homeowners and to Wall Street that the federal government likes wind and solar and nothing else. That’s the wrong optics. You’re never going to win the market with that. Everyone else has tax credits, including the fossil fuel industry, which has billions more than we have. We will fight to have parity with how the tax code is applied.

The NEWS: Now that the tax credits are in place, where is GEO focusing its energy?

Dougherty: We’re still Washington-focused, because you’ve got to be in the game in Washington or bad things will happen to you. But we’ve pivoted to working on state issues. There’s this pause, which started in New York, in relying on natural gas for heating buildings, and it’s starting to ripple around … especially in states where there’s a Democratic governor. Gov. [J.B.] Pritzker, a new Democratic governor from Illinois, signed onto the U.S. Climate Alliance, and so did New Mexico, and I think Wisconsin and Michigan are going to do that as well. New York has completely changed their energy state policy. They are recognizing that the term “beneficial electrification” has meaning, and it’s something they’re embracing. And they believe buildings should be heated and cooled with heat pumps in the northern climate, moreso with geothermal heat pumps than air-source heat pumps.

What I’ve told [the National Association of Regulatory Utility Commissioners] is, your governor is basically saying he’s going to promote policies that his state will achieve the Paris Climate Agreement greenhouse gas reduction goals, which is 80 percent by 2050. And in northern climate states, you are never going to get to 80 by ’50 if you don’t change out combustion in buildings. The amount of emissions from combusting in buildings is one of the single largest contributors to greenhouse gas emissions. So, you have to start thinking about programs to incentivize either construction companies, homebuilders, individual residents, or utilities to embrace heat pump technology.

“We’re involved in a case in Minnesota where there’s a fuel-switching prohibition, which means there’s a willing utility — Ottertail — that wants to promote geothermal heat pumps as part of their energy efficiency portfolio, but they’re denied by the state because there was an order back in ’05 that says you can’t switch fuels to sell your fuel … at the expense of another fuel source. Which is just arcane; it’s outdated public policy. We’re actually a stakeholder in a proceeding in Minnesota to keep, abolish, or amend the fuel-switching prohibition. It’s just a long, torturous bureaucratic hurdle to overcome.”

The NEWS: Give us a couple of examples of the kinds of progress being made at the state level.

Dougherty: We’re involved in a case in Minnesota where there’s a fuel-switching prohibition, which means there’s a willing utility — Ottertail — that wants to promote geothermal heat pumps as part of their energy efficiency portfolio, but they’re denied by the state because there was an order back in ’05 that says you can’t switch fuels to sell your fuel … at the expense of another fuel source. Which is just arcane; it’s outdated public policy. We’re actually a stakeholder in a proceeding in Minnesota to keep, abolish, or amend the fuel-switching prohibition. It’s just a long, torturous bureaucratic hurdle to overcome. We’re working in Michigan: They had passed a law that recognized the thermal energy avoided by a geothermal heat pump as renewable energy, and that utilities can get credit for it under their renewable energy goals.

The bill was passed, but now there’s a rulemaking proceeding that has to go through the bureaucratic process. We’re involved in Massachusetts because there’s a group there that wants to end the extension of distribution gas pipelines in some communities. And in New York, [there’s a case where] the utility actually self-imposed a moratorium on extending gas pipelines in a specific county, north of New York City.

The NEWS: What’s the latest with Dandelion, Google’s geothermal system launched in 2018?

Dougherty: They’re in the sweet spot. They saw this coming. They didn’t pick New York as their target market without doing some significant analytical work. If you think about the Google moonshot, Dandelion, their initial market was 20 counties in upstate New York. They knew the policy of New York — that to meet the Paris Climate Agreement, you’ve got to get rid of all these dirty oil boilers that are prevalent in upstate New York. There’s not a lot of natural gas in rural areas. So they targeted these 20 rural counties as a market to begin their company … because they knew they were going to get support from the state.

The NEWS: Overall, what trends are you seeing?

Dougherty: I think the trend has been, ever so slightly, better consumer awareness of the product. I get that reading from guys I know who go to home shows. It used to be [attendees would see a geothermal product and ask] “What the heck is this?” and now it’s “This is your new machine; how efficient is it? What’s its COP?” The uptick in consumer awareness about how cool our technology is, is starting to take hold.

The term that has come back in vogue is “beneficial electrification.” The fuel source of the future is electricity. And it’s getting cleaner and cleaner, as it’s being produced from solar, wind, offshore wind, hydro, geothermal steam generation.

So if you have 100 percent renewable energy producing electricity, then electricity should be your fuel source for end use. And the best way to satisfy the thermal load of a building is with a geothermal heat pump. Bingo: That is going to make our market. And we’re going to go from 1.7 to 2 percent, to 5 percent, to 10 percent, to 20 percent, to 100 percent at some point. It’s going to be either by customer choice, by utility incentive, by state incentive, or by federal incentive to change consumer behavior and start adopting electricity as the use, especially for the thermal load of your building: heating, cooling, and hot water. I think we get to full beneficial electrification by 2050. Because I think by 2050, most, if not all, of the grid is going to be from renewable energy sources.