Say “regulation” to business owners, and most will make a face like their milk carton just failed the sniff test. Say “this upcoming standard might push a bunch of new business your way,” and striking a balance between governmental oversight and an unfettered market might, for a little while, smell a little sweeter. That is why mechanical contractors in California should keep an eye on the state’s Occupational Safety and Health Administration (Cal/OSHA) as it continues work on a standard with a working title of Heat Illness Prevention in Indoor Places of Employment.

This future standard began its mandated governmental journey when Labor Code Section 6720 became law early last year and said that by Jan. 1, 2019, Cal/OSHA must propose standards addressing heat illness in indoor work environments. The standard, it said, shall be based on environmental temperatures, work activity levels, and other factors.

Unofficially, the genesis of this effort grew in the wake of what Cal/OSHA’s blog describes as two “serious citations” issued to employers in 2012 for worker injuries related to heat illness. The appeals board in that instance used some criteria that served as a menu of considerations, including access to water, type of environment, type of work within that environment, breaks and acclimatization periods, and the presence or absence of an air conditioning system.

Developing an occupational health standard is a 20-step process in California, and this standard is still in step one (pre-rulemaking). More wrangling over details surely remains, but the current phase is where Cal/OSHA decides on the wording that will set the initial tone and intent.

The latest standard draft (dated May 16) makes some distinctions regarding which temperatures make the standard relevant in which circumstances. An 80°F threshold would be in place for a wide range of environments, including commercial laundries, warehouses, kitchens, boiler rooms, manufacturing, and other settings like mining and oil/gas extraction.

The standard would also apply in any indoor workspace where employees wear clothing that restricts heat removal and the temperature equals or exceeds 80°. Finally, any work area that doesn’t fall into either of those categories but does reach or exceed 85° would also be obliged to adhere to this standard.

KEEPING TRACK AND COOLING DOWN

While the range of potentially affected businesses is wide and the process is ongoing, OSHA seemed confident enough to boil it down like this on its blog (www.oshalawblog.com): “If your facility is not air-conditioned, this standard will likely apply to your workplace.” 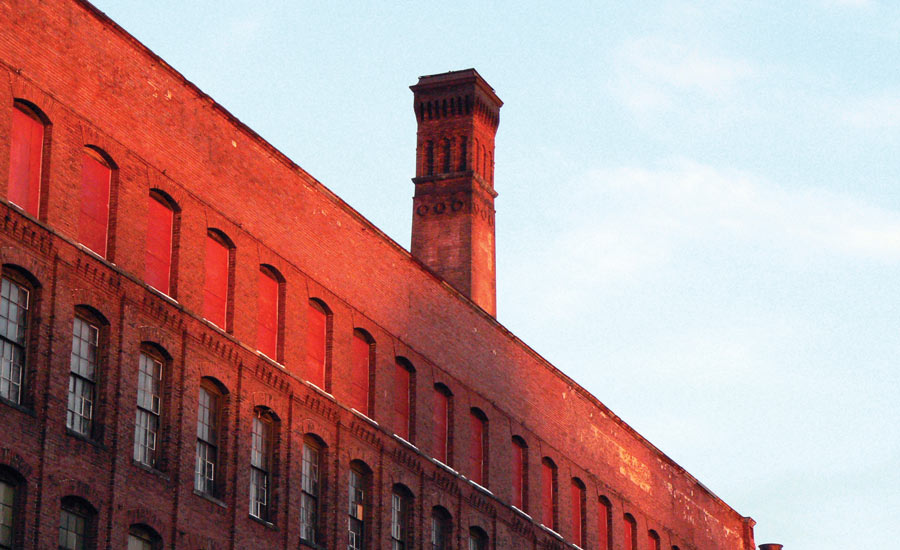 IT’S GETTING HOT IN HERE: Environments with significant heat-generating equipment could expect special attention under the expected heat illness prevention standard, and many others may have to establish new cool-down rooms in proximity to workspaces.

For the HVAC industry, three aspects of the current draft will attract the bulk of the interest: the requirement for a cool-down area, the indoor environment assessment requirements, and the “engineering controls” section of the recommended control measures.

A cool-down area does not appear optional for any workspace that is susceptible to this standard, as of the current draft. It must be at least large enough to accommodate the number of employees on recovery or rest periods in a reasonable fashion and must be located as close to practicable to the areas where employees are working.

It is not difficult to imagine many existing work environments across these industries where no such space currently exists, in terms of its capacity or proximity or both.

A different set of temperature tiers would dictate when a qualifying workspace would need to actually begin taking and recording workspace assessments. The type of employee clothing and the presence of high radiant heat in the space are two more contributing factors.

Current language requires these on-site assessments to be in writing (seemingly leaving out scenarios like a data logger collecting and transmitting info). One draft has gone as far as describing a standard mercury thermometer with regard to determining temperature. However, current language does not discriminate against electronic sensors or thermostats, even if the data may have to be recorded, for instance, on a clipboard hanging on the wall.

The proscribed engineering controls are a mix of tactics and technology that could catch the eye of HVAC manufacturers and contractors. The present list comprises isolation of hot processes, isolation of employees from sources of heat, air conditioning, cooling fans, local exhaust ventilation, shielding, and insulation of hot surfaces.

Like many standard-writing processes, this one formally invites written stakeholder feedback at various points along the way, and it has attracted its share of input. Sampling the comments so far can point to possible future modifications and to the potential for related HVAC upgrades.

David Ross is associate safety engineer with Caltrans Office of Health, and he identified multiple challenges with implementation. He was one of a few commenters who thought the minimum 80° threshold seems low, in his case noting that all of his employees wear coveralls, which would automatically trigger the standard.

Ross envisions that the cool-down rooms will be supervisors’ offices and break rooms, an understandable and low-maintenance (if inconvenient) attempt to comply that may or may not always meet space requirements.

He recognized that replacing their common swamp coolers with HVAC is a possible fix, and that with regard to assessment, he sees the need to purchase instruments for every facility.

The California Restaurant Association (CRA) also weighed in with concerns about such a standard for an environment commonly thought of as unusually warm on a daily basis. Representing more than 22,000 establishments, the CRA commented that any kitchen with standard equipment like ranges, broilers, and ovens will find it extremely difficult and expensive to isolate a work area vital to the food preparation process.

The CRA, along with construction stakeholders, expressed hope that an outdoor shaded area would suffice for cool-down spaces. But the CRA went a step further and suggested that commercial kitchens and restaurants should be exempted from language that also applies to heavier industrial uses.

At this point, the standard does not indicate any distinction between extreme heat faced by a kitchen worker and the same heat present in a manufacturing setting.

Worksafe (a consortium of employee- and safety-related organizations) contributed strong concerns that some of the triggering temperatures had increased from earlier drafts to the current version. Worksafe emphasized the importance of including relative humidity in any requirement or assessment as well and that the higher the temperature, the more influential that humidity is on the heat index.

On the other hand, the California Chamber of Commerce’s Marti Fisher wrote on its website, mentioning chamber concerns about the process and the work product so far. Fisher pointed to a need to iron out some key definitions, and this standard faces several, including those as seemingly simple but potentially complex as what constitutes “indoors” or “outdoors.” Many businesses use spaces that may be covered and naturally ventilated but are not climate-controlled in the conventional sense. Grey areas remain, with ramifications for expenses and enforcement.

Legislation and regulation in California frequently attract attention for their tendency to migrate eastward. In this case, the proposed standard is attracting special interest within the state’s own borders, thanks to one particular economic sector.

“The warehouse industry — as a major employer in California — employs over 100,000 workers in Riverside and San Bernardino alone,” said state Sen. Connie Leyva. “Some employers unfortunately hire temporary workers who are paid low wages and must work in employment conditions that are unsafe and unhealthy. Temperatures inside non climate-controlled warehouses and buildings can rise to unsafe levels, particularly in parts of the state with summer temperatures that regularly exceed 100°.”

A study by the Los Angeles County Economic Development Corp. sliced up the geography slightly differently. Considering the Inland Empire (Riverside and San Bernardino counties combined) alongside Los Angeles County, the study figures that the trade and logistics industry cluster employed 580,450 payroll workers in Southern California in 2015. The study reported 20.8 million square feet of warehouse space added in 2015 alone, with another 16.7 million under construction. It noted that Dallas, Atlanta, and Chicago were the next strongest markets. Furthermore, demand and design capabilities are pushing the projects up as well as out.

“Temperatures inside non climate-controlled warehouses and buildings can rise to unsafe levels, particularly in parts of the state with summer temperatures that regularly exceed 100°.”
— Sen. Connie Leyva

“Automation and robotics,” it noted, “are allowing for the vertical stacking of inventories; new facilities are often about 40 feet high at a minimum.”

A Los Angeles Times editorial from 2015 cited an example of this aggressive trend, an example that also turns attention to one more health-related complication.

The article discussed the proposed World Logistics Center, containing a massive 40 million square feet and, more importantly, drawing 69,000 vehicle trips (coming and going). The authors estimated that would include 14,000 daily trips by diesel trucks, which would generate nearly 2 tons of smog-forming emissions. In fact, when the American Lung Association released a 2016 State of the Air study listing the 25 most ozone-polluted counties in the U.S., San Bernardino County and Riverside County took the top two spots.

The considerable density of these types of facilities, plus deteriorated outdoor conditions, has increased local focus on giving proper care to that industry’s development in general and to its indoor environments.

The Inland Empire faces an ongoing tension between these assorted health and infrastructure concerns and the burgeoning industry’s associated economic benefits. This August, a judge voided the environmental study associated with the World Logistics Center project, although the project team claims problems can be remedied and schedules kept.

Whether that 40 million square feet of space ever becomes a reality or not will have a large impact on some HVAC contractor’s bottom line. Regardless, the new warehouse construction market appears strong in the state.

Perhaps most important for the HVAC industry — beyond the possibility that other states will pursue their own indoor heat illness prevention measures — is the potential impact on millions of square feet of existing facility space in the state. Spanning a multitude of industries, its potential climate control design and equipment needs are hanging in the balance as the standard progresses toward its New Year’s Day deadline to arrive as a formal proposal.

If that language is finalized on time so the standard moves toward approval and an enforcement date, the next chorus of “Auld Lang Syne” could usher in a very busy year for thousands of California business owners assessing their needs to stay in compliance, and for contractors considering their own readiness to prepare for, market toward, and respond to a glut of time-sensitive nonresidential retrofit inquiries.