The 2018 Armstrong Global Energy Summit lived up to its name, bringing together over 350 industry professionals from around the world — four continents and 14 countries, to be exact — to discuss energy today and, more importantly, energy tomorrow. Topics covered all aspects of energy, from conservation and efficiency to the IoT and cybersecurity to the products and technologies that make all of it possible.

To kick off the event, Armstrong announced its “2 in 22” initiative: a commitment to reducing greenhouse gas emissions among its installed customer base by 2 million tons by the year 2022. This is equivalent to taking 600,000 cars off the road or offsetting the average annual CO2 emissions generated by 100,000 people.

“While aggressive, we believe this goal is absolutely achievable,” said Lex van der Weerd, Armstrong’s CEO. “Organizations globally are being driven to achieve a zero-footprint future. We believe this can best be achieved through key stakeholders focusing on solutions and timelines that will make zero footprint a near-term reality.

“We are both inviting and challenging all organizations to join us in pursuing the goal of zero-footprint operations,” he added.

Lord Redesdale, member of the House of Lords, CEO of The Energy Managers Association (EMA), and CEO of The Water Retail Co., was the keynote speaker for the event.

“I don’t know how electricity works, and I don’t care,” he said as he took the stage. “My passion is about getting people to understand energy.” 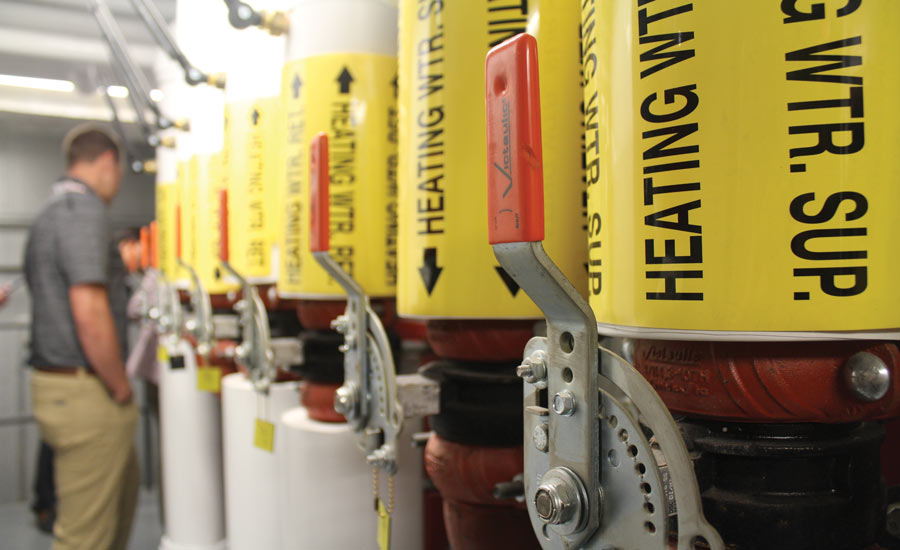 Redesdale started EMA because he was looking for a similar association in the U.K., but he couldn’t find one.

“Energy management is a specialized skill, but it’s not as developed as it could be because most companies look at energy as a cost, not as a use,” he said.

To put it in perspective, he shared a story about one of the smartest presentations he has ever seen. An energy manager from Morrison’s Supermarket, one of the biggest supermarkets in the U.K., presented the board with a PowerPoint slide that showed two shopping carts filled with Morrison’s goods on the left, an equal sign in the middle, and “1 S” on the right.

“So, can anybody in the audience work out what 1 S is?” he asked.

After a moment of silence, he revealed to the attendees that they weren’t alone in their confusion.

“But if you just put it in figures, companies don’t get it,” Redesdale emphasized. “If you put it like that, companies get it.”

When he started in the industry, Redesdale said it was a political debate about whether or not climate change really existed.

“But it has changed massively over the past few years,” he said. “Boards are reacting to climate change more than anything else.”

“My argument will be behavior change at all levels of a company is actually more important than anything else,” he said. “But when you go to companies, that 40 percent is the hardest thing to do — people ignore it. That’s where I think we’ve got to start understanding. And when you go to companies, helping them to understand. Everybody sees energy as a human right rather than something which is absolutely excellent to have.”

“I call this poem ‘The Path to the Future,’” said Rohit Mohindra, electrical/controls designer for Armstrong. “So get your Fitbits ready for this journey.” 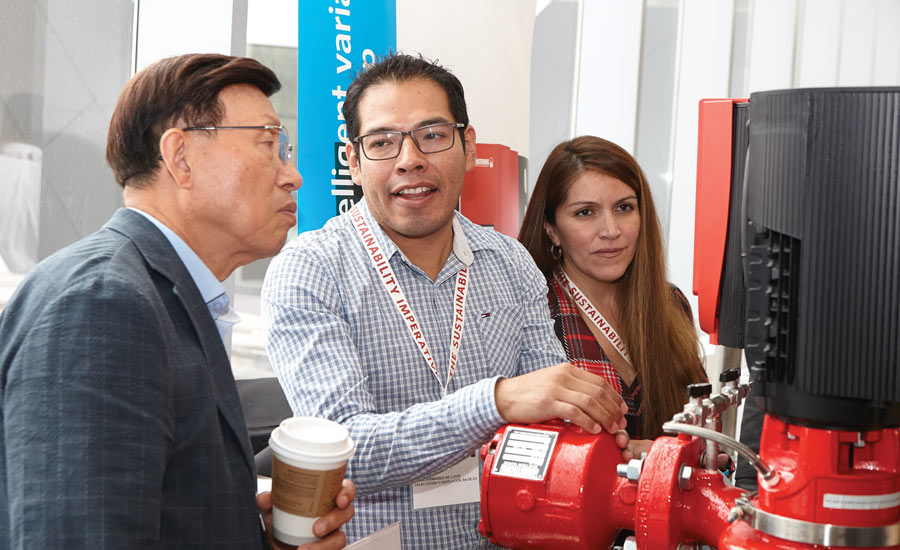 HANDS ON, PLEASE: The Innovation Center, which was showcased and available throughout the entire conference, provided a customized hands-on experience for the attendees.

In addition to exploring the wealth of information presented during the summit, that journey also included some unique hands-on experiences for the attendees. The event was held at the Delta Toronto, a hotel that recently completed a major upgrade to its mechanical systems, that were installed just four years ago when the hotel opened. The project consisted of installing several Armstrong Design Envelope Vertical In-Line Twin Pumps and resulted in a 40 percent reduction in energy usage. Attendees had the opportunity to sign up for a guided tour of the mechanical rooms, led by the hotel’s chief engineers as well as an Armstrong representative. This gave everyone the chance to see and feel the systems in action while learning about how they work and the results they can achieve.

In addition to the tours, the Innovation Center, which was showcased and available throughout the entire conference, provided a customized hands-on experience for the attendees. The full line of Design Envelope pumps was on display, and each station was outfitted with an iPad for an interactive experience.