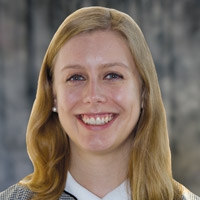 The Institute of Refrigeration (IOR) is accepting abstracts for its 12th IIR Gustav Lorentzen Natural Working Fluids Conference, to be held Aug. 21-24, 2016, at Heriot Watt University, in Edinburgh, Scotland.

The American Council for an Energy-Efficient Economy (ACEEE) announced registration is open for its second Intelligent Efficiency Conference to be held Dec. 6-8, at the Westin Waterfront Hotel in Boston.

The U.S. Green Building Council (USGBC) unanimously named COO Mahesh Ramanujam as incoming CEO. He will replace Rick Fedrizzi at the end of 2016.

ASHRAE (Atlanta) announced registration is open for its 2016 Winter Conference held in conjunction with the AHR Expo, Jan. 23-27, in Orlando, Florida.