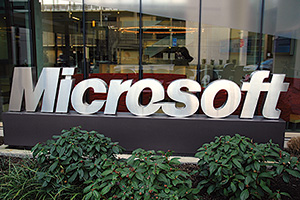 In June, Microsoft Corp. and American Family Insurance announced the launch of a business accelerator for tech startup companies that are focused on home automation. The goal of the Microsoft Ventures Accelerator is to provide mentorship, resources, and workspace to startups in order to help create safer, smarter homes through improvements in home automation technology.

While the partnership aims to help propel the home automation industry into the future, some in the HVAC industry are expressing concern about what might happen if these non-HVAC companies begin infringing on industry products they may or may not fully understand.

The Microsoft Ventures Accelerator will be hosted from September through December on Microsoft’s campus in Redmond, Washington, according to the company. American Family Insurance will provide support as well as a minimum optional $25,000 equity investment in each startup accepted into the program.

“Home automation is ripe for startup innovation,” said Steve Guggenheimer, corporate vice president, developer experience and evangelism, Microsoft. “We are working closely with American Family Insurance to provide a one-of-a-kind experience for entrepreneurs in our accelerator. Startups accepted into the program will gain critical industry insight to build companies with the potential to have an enormous impact on our lives.”

“Working closely with startups and making early-stage investments in emerging technology companies is a great way to support the ecosystem and also benefit our customers,” he said. “We look forward to working with the next generation of companies that are reimagining the connected home.”

While the American Family and Microsoft venture is gaining widespread support, not everyone is convinced the partnership will benefit the industry. Butch Welsch, president, Welsch Heating and Cooling Co., St. Louis, expressed uneasiness over the encroachment of home automation companies on the HVAC industry.

“I believe partnerships that include essentially non-HVAC companies getting into equipment that affect the operation of HVAC systems are not good for our industry,” Welsch said. “The problem is that, for them, the HVAC portion just becomes a component of a larger system, but the HVAC portion and the operation of the HVAC system(s) are absolutely critical to the success of the entire heating, cooling, and ventilation of the home.”

Welsch said he has already witnessed firsthand what happens when non-HVAC companies attempt to make products for HVAC systems.

“Low-voltage electric systems, which perform a number of functions in the home, were being marketed heavily to homebuyers,” he recalled. “They advertised providing a thermostat sensor in each room, which would then average the temperature and determine if heating or cooling was required. The problem was that, in the real world, we have to deal with the way people live, and the average temperature from several rooms would typically never keep anyone happy.”

Mike Bergstrom, vice president of HVAC operations and co-owner of Thornton & Grooms, Farmington Hills, Michigan, thinks partnerships like the one between Microsoft and American Family are “overall a positive, as the mechanicals consume 50 percent or more of a home’s energy, and having customers understand this in a tangible way will facilitate replacement and upgrades.”

However, he admitted that such partnerships are still concerning. “They threaten to distance us from the customer,” he said. “Right now, we are a customer’s first call when they have issues, but with these new systems, we could be eliminated from that.”

Bergstrom also said outside technology has affected HVAC contractors both positively and negatively — positively in that “there are some cool and useful technologies that we can offer our customers and improve our average sale and our connection to the customer,” and negatively “because these technologies are being launched and changed so quickly that it’s hard to keep up on all of them, and with an aging technician demographic, many of them are hesitant to learn and accept these new technologies.”

The Need for Compatibility

In order to keep tabs on the increasing number of “smart” home automation products available in the industry, both from HVAC manufacturers and from companies outside the industry, the Air-Conditioning, Heating, and Refrigeration Institute (AHRI) began studying the market nearly three years ago.

“AHRI formed the Smart or Connected Equipment Ad Hoc Committee in late 2011,” said Laura Petrillo-Groh, engineering manager, regulatory affairs, AHRI. “The committee studied all of the association’s product categories, including heating, cooling, commercial refrigeration, and water heating, and developed a white paper to communicate its findings. In general, the committee has focused on the management of electrical consumption of HVAC and water heating equipment, including demand response, system controls, and smart grid communication.”

In its 2013 white paper on smart systems, the committee recognized the number of smart, connected products is growing exponentially. However, the committee also pointed out the problematic lack of standardization within the HVAC industry when it comes to how the products communicate with each other, other products, and the electrical grid. According to the white paper, the committee believes “a smart system should encourage interoperability between equipment and utilities so that all manufacturers’ systems can be utilized on all utilities’ grids.” Currently, the committee is developing recommendations for communications protocol standards for equipment represented by AHRI.

While Welsch agreed that having one standard communication protocol would take a significant amount of pressure off contractors, who currently have to understand numerous different proprietary platforms and technologies, having outside companies develop that technology may not be the answer. Meanwhile, contractors are struggling to keep up with the various products and platforms hitting the market with increasing frequency.

“A good contractor, who offers two or three lines of equipment and encourages homeowners to use the most efficient one, is required to learn and know at least two or three types of communicating stats,” he explained. “Add this to the consumers who are buying off-the-shelf thermostats from big-box stores and expecting them to provide the communicating features that only occur with the proprietary stats, and you can understand the problems.”