International and Domestic Initiatives Push Phase Down, Reduced Use 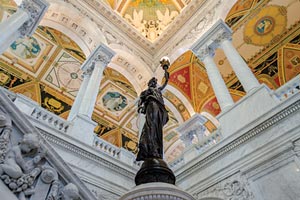 The plan supports a phase down in production and consumption of the refrigerant in the context of the Montreal Protocol over the next 30 years. And it calls for more immediate efforts to steer users away from hydrofluorocarbons (HFCs) and to embrace alternatives.

In a speech given June 25 at Georgetown University in Washington, D.C., the president said, “Hydrofluorocarbons, which are primarily used for refrigeration and air conditioning, are potent greenhouse gases. In the U.S., emissions of HFCs are expected to nearly triple by 2030, and double from current levels of 1.5 percent of greenhouse gas emissions to 3 percent by 2020.
To reduce emissions of HFCs, the U.S. can and will lead both through international diplomacy as well as domestic actions.”

The international reference was likely geared toward the U.S. Department of State and U.S. Environmental Protection Agency (EPA) in their attempt to obtain an international consensus to include HFCs within the Montreal Protocol. If and when that action occurs, the departments intend to institute a global HFC refrigerant phase down.

In a presentation made at the Atmosphere America conference in Washington, D.C., a week before the president’s speech, a representative of the state department said the proposal is for a phase down over the next 30 years dropping to eventually 15 percent of current levels.

The earliest any action could come on such a proposal would be this October at a Meeting of the Parties to the Montreal Protocol assembly. Similar efforts have failed three previous times. But, for the first time, China, which has long opposed the HFC aspect in the Protocol, appears to be shifting positions. In June, Obama and People’s Republic of China President Xi Jinping announced they would “work to use the expertise and institutions of the Montreal Protocol to phase down the consumption and production of HFCs.”

But opposition remains, according to the state department, particularly from Brazil and India.

Regarding domestic action unrelated to the Montreal Protocol, Obama said, “The administration has already acted by including a flexible and powerful incentive in the fuel economy and carbon pollution standards for cars and trucks to encourage automakers to reduce HFC leakage and transition away from the most potent HFCs in vehicle air conditioning systems.”

Here the reference was for U.S. automakers to embrace changes currently underway in Europe to move mobile air conditioning from HFC-134a to HFO-1234yf, a refrigerant with a much lower global warming potential (GWP).

In addition, in a presentation at the Atmospshere America conference, an EPA representative said the agency was looking at listing R-744 (CO2) “for motor vehicle air conditioning with certain conditions.”

Obama also said, “Moving forward, the EPA will use its authority through the Significant New Alternatives Policy (SNAP) program to encourage private-sector investment in low-emissions technology by identifying and approving climate-friendly chemicals while prohibiting certain uses of the most harmful chemical alternatives.”

Obama was referencing the EPA’s earlier SNAP approval of hydrocarbon refrigerants R-290 (propane), R-600a (isobutene), and the blend R-441a in systems with up to a 150 gram (5.3 ounce) charge. This covers such products as chest freezers and small ice machines, said Merle Rocke, chairman and CEO of EcoThermics Corp., at the Atmosphere America conference.

The president’s plan would seem to indicate that he would welcome SNAP approval for systems with more than a 150 gram charge. Rocke said raising the limit into the 200-300 gram range “would cover all plug-in applications” of refrigeration equipment.

In addition, the EPA announced it was looking into the use of R-220 for vending machines, HFO-1234ze for chillers, and a Honeywell product, 1233zd, also for chillers.

The HVACR industry appears to be supportive of an international consensus on HFCs, but is a bit more wary of domestic federal initiatives.

Stephen Yurek, president and CEO, Air-Conditioning, Heating, and Refrigeration Institute (AHRI), said, “AHRI supports the continued efforts by the U.S. and its North American partners to engage in discussions at the Montreal Protocol, especially the North American amendment regarding the future of HFCs.” But at the same time, he said, “AHRI encourages industry driven refrigerant choice, rather than federally crafted mandates.”

Yurek noted that the president’s global warming concerns are already being addressed by the HVACR industry.

“To assist in the identification of lower global warming potential alternatives for the many different HVACR applications, AHRI has funded and administered a Low Global Warming Potential Alternative Refrigerants Evaluation Program (Low-GWP AREP). The initial phase of this program is near completion with 38 refrigerants being tested in 12 types of HVACR equipment.”

Charlie McCrudden, vice president of government relations, Air Conditioning Contractors of America (ACCA), said, “HVACR contractors should be aware that the Climate Action Plan alludes to actions by the U.S. EPA to curb emissions of HFC refrigerants and encourage private-sector investment in low-emission technology by identifying and approving climate-friendly refrigerant alternatives. The federal government will purchase cleaner alternatives to HFCs whenever feasible and transition over time to equipment that uses safer and more sustainable alternatives.

“This administration is actively looking to control and phase out the use of HFC refrigerants, possibly through the existing Montreal Protocol regime. That will mean the EPA will have to approve new refrigerants to the SNAP program. The EPA has already approved propane-based refrigerants for specified nonresidential uses, but some of these products are being misused and ending up in residential and light commercial systems. This is a development that all HVACR contractors must monitor.”

“We do not envision rapid movement regarding international efforts to include HFCs in the Montreal Protocol and the beginning of a long-term phase down of HFCs. However, the U.S.-China agreement certainly signals a shift in dynamics at the international level and President Obama’s recent speech on the Climate Action Plan only furthers the belief that this is a second-term priority for the administration. Barring a change in congressional makeup in the 2014 midterms, it appears as if any changes in this area are going to be done at the behest of the executive branch, which can arguably be more limiting than broader action.”

Contractors seem to be most concerned with how effective or how disruptive federal mandates could be on HVACR businesses that are already focused on energy efficiencies and tight system maintenance.

“While I certainly do support a clean and healthy environment, the more changes that are affected by government, and less by private industry, definitely are not good for our world,” said Aaron York, owner, York Quality Air, Indianapolis.

“I suggest we allow our refrigerant manufacturers to develop what we need without governmental interference and we will have far superior and much safer products than we will have under governmental edicts which may not allow sufficient time for development, testing, and practicality.”

Greg Crumpton, president and founder of AirTight, Charlotte, N.C., said he is concerned about the equability of any global action.

“My concern, fear, and reservations are centered around the other countries that have committed. The concern is that we, as a nation, are always the frontrunners — a fact that I am personally proud of. However, I worry that most of the burden, or perhaps the entire burden, will eventually become ours, even though we are light-years ahead of some of the signing nations.”

Crumpton also questioned other nations’ inability to follow through on commitments.

“Really though, (being part of a Montreal Protocol embracing HFCs is) this is a better outcome than us not leading by example and having nothing to show for it. We will, both AirTight and the U.S., continue to do the right thing. Let’s just move forward hoping and trusting that all of the signature parties do the right thing in support of the initiatives.”