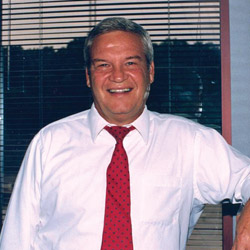 He graduated from Vanderbilt University in 1953 with a degree in mechanical engineering. From 1953-1958 he worked as an engineer for DuPont Corp. at the Savannah River Atomic Energy Plant, then served in the U.S. Navy as a guided missile officer.

In 1958, he joined the family business, Lee Refrigeration, a small air conditioning firm with four employees and total revenues of $125,000. Lee and his brother Ted took over the company in 1966 upon the death of their father. When Lee retired as president in 1997, the company had been renamed Lee Co. and grown to 350 employees with revenues of $38 million.

Under his leadership, Lee Co. had become a nationally recognized mechanical engineering and construction firm performing work in 26 states.

Lee was the 1984–1985 chairman of the Air Conditioning Contractors of America’s (ACCA) board of directors. According to ACCA, Lee spearheaded ACCA’s efforts to begin dialogue between contractors and manufacturers, and helped move the industry forward by showing both sides that the industry needed to work together to overcome its challenges.

Lee boasted numerous accolades, including induction into the Contracting Business Hall of Fame (1992) and service as a charter member of both ASHRAE and the Associated Builders and Contractors (ABC). Lee also received the Spirit of Independence award, honoring service in the air conditioning contracting industry.

In 1963, Wallace moved his family to a farm, the Triple L Ranch, and began raising Polled Hereford cattle. Since 1983, Triple L Ranch has maintained approximately 150 head of cattle including many nationally ranked champions. Triple L Ranch is known for its naturally raised beef and many members of the Lee family continue to reside and work on the farm.

The family asks, in lieu of flowers, donations be made to the Fernvale Community Church Building Fund, P.O. Box 1101, Fairview, TN 37062.