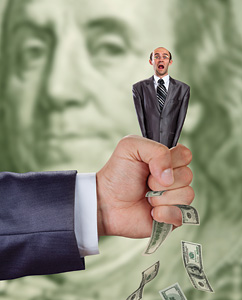 The only things certain in life are death and taxes — and this year, it’s also certain that small business owners are going to bear the brunt of even more taxes. The recent passage of the “fiscal cliff” bill and the implementation of new health care taxes are impacting small business owners, including HVAC contractors. And because Uncle Sam will be taking even more of their hard-earned income in 2013, contractors are focusing more than ever on tax planning and keeping costs down.

Congress passed the American Taxpayer Relief Act (ATRA) of 2012 on Jan. 1 of this year to prevent the so-called fiscal cliff. The bill was signed into law by President Barack Obama on Jan. 2.

While ATRA made the Bush tax cuts permanent for many taxpayers, it also raised the tax rate on high-income earners and ended the payroll tax holiday. The tax rate on individuals making $400,000 (single) or $450,000 (married filing jointly) has increased from 35 to 39.6 percent. And since ATRA did not renew the payroll tax holiday, the Social Security tax withholding rate has gone up from 4.2 to 6.2 percent for employees, and from 10.4 to 12.4 percent for the self-employed.

Additionally, two new Medicare taxes have been implemented this year as a result of the Patient Protection and Affordable Care Act of 2010, commonly referred to as Obamacare. These include a 0.9 percent tax on wages and self-employment income, and the Net Investment Income Tax (NIIT). The NIIT is a new 3.8 percent tax on investment income from passive business activities that applies to individuals with an adjusted gross income of at least $200,000 (single) or $250,000 (married filing jointly).

According to Charlie McCrudden, vice president of government relations for the Air Conditioning Contractors of America (ACCA), all of these changes have the potential to affect contractors because many HVAC businesses are set up as pass-through entities, where the profits and losses are passed through to the owners for taxation. Pass-through entities include sole proprietorships, partnerships, limited liability companies (LLCs), and S corporations.

“These small businesses pay taxes on an individual level,” he said.

Mark J. Kohler, a CPA, attorney, and best-selling author who advises small business owners, said that individuals under the $200,000/$250,000 threshold won’t be impacted too noticeably by the tax code changes. However, he said, ATRA is “brutal” for those above the threshold.

“If you make more than $200,000 single/$250,000 married — buckle up. Your phase outs for personal exemptions and itemized deductions are rapidly disappearing,” he said. “You’re going to be paying for Obamacare and you’re going to have higher tax rates in a lot of different states, and at the federal level.”

Troubling for the Economy

“The Medicare payroll tax and the surtax on investment income will negatively impact individuals who make more than $200,000. These taxes will be a direct hit on those who are self-employed,” he said. “The HVAC community is largely comprised of self-employed contractors, and as an HVAC small business owner I see these costs inevitably trickling down to the consumer, which will in turn reduce demand, result in lower profits and investment, and we will see our economy once again contract.”

Rep. Weber added, “The recent ‘fiscal cliff’ bill is nothing more than a success tax on those who earn over $400,000. The president and Democrat-led Senate have decided that we need those who make a certain amount to pay the price for their addiction to spending. The real solution is cutting up the president’s and Congress’s credit cards and working within a budget. American families and businesses have to do it. It’s high time for Washington to do the same.”

“We always adjust our pricing to make sure we are profitable, but we always look for ways to cut costs before we raise prices to our clients,” Kuntz said. “We have saved the most money from buying fuel in bulk and making sure our major expenses are bought correctly, like insurance. We also run our business out of a building a quarter of the size we should be in, so keeping our major costs down helps keep our prices down.”

“We’re trying to run a lean ship,” said Rich Imfeld, president of IC Refrigeration, Ceres, Calif. “I’m not sure I want to bump revenue or profits as the government will take the majority of it even after I take the risk to make the money.”

He continued, “Personally, I could live with the tax increases if it was going to go to something that made sense, i.e., pay down the debt. Since that dream is a fallacy, I have a real problem with them. I also feel that some folks will be leaving states with high tax rates as their aggregate can get close to 60 percent.”

Imfeld added, “Being a California-based business, we are taxed at one of the nation’s highest rates. The real question is the amount of pass-through taken by the principals within the firm. Tax planning becomes an issue, and it’s very difficult when you have to plan defensively in respect to the tax code.”

Kohler noted that when it comes to tax planning, one direct result of the ATRA legislation is that it has become more critical for small HVAC business owners to carefully consider their business structure.

“Since the payroll tax holiday is over, self-employment tax has gone up by 3 percent and is now is at 15.3 percent,” he explained. “The small business owner that’s operating as a sole proprietor is paying 2 to 3 percent more in taxes immediately, and this is affecting small business owners right now.”

Kohler added that owners cannot set up an S corporation retroactively. “If you want to capture most of your income through a pass-through entity, you have got to set up the S corporation sooner than later,” he said.

A Call to Simplify the Code

With the increasing complexity of the tax code, McCrudden said that business owners always feel like they’re missing something and paying more than they should. He noted that the House Ways and Means Committee is currently investigating ways to simplify the tax code. However, McCrudden pointed out, a simplified code would probably provide lower tax rates at the cost of certain incentives.

Whether the House ultimately crafts legislation to simplify the code — and whether such legislation would be passed and turned into law — remains to be seen. In the meantime, contractors should be paying attention to the tax code changes and talking to their accountant to come up with the smartest tax strategies for their company.

“It’s a big conversation, and small business owners need to have a very proactive and creative CPA,” Kohler said.

Kimberly Schwartz is Contributing Editor. She can be contacted at 248-703-3278 or kimberlyschwartz@achrnews.com. Prior to joining The NEWS in 2010, Kimberly worked on other BNP Media publications. She writes cover stories and focus articles. She holds a bachelor's degree in English from Brigham Young University.