This website requires certain cookies to work and uses other cookies to help you have the best experience. By visiting this website, certain cookies have already been set, which you may delete and block. By closing this message or continuing to use our site, you agree to the use of cookies. Visit our updated privacy and cookie policy to learn more.
Home » Old Breweries Are Brought Up to Date with a Not So New Refrigerant
RefrigerationRefrigerants 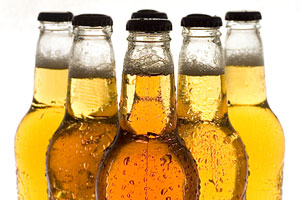 On hot summer days in particular, many of us appreciate a refreshing beer from our own fridge, though your buddy’s beer may be warmer or colder than yours, as home refrigerator temperatures can vary within a certain range. During the brewing process itself, however, certain temperatures have to be maintained. For example, the fermentation temperature of top-fermented beer is up to 22°C (71.6°F), while for bottom-fermented beer it should not exceed 10°C (50°F). For the amber nectar to succeed, breweries need refrigeration solutions tailored to their processes and individual requirements.

“Nowadays, these systems are not just energy-efficient. If they also use natural refrigerants like ammonia [NH3], they are also particularly environmentally friendly,” said Georges Hoeterickx, member of the board of Eurammon, the European Initiative for Natural Refrigerants. “This is because natural refrigerants have no, or only very low, global warming potential.”

It is an accepted fact that brewers had a major influence in regards to the development of refrigeration systems. In 1876, an ammonia system enabled a Bavarian brewery to produce beer at any time of year. Over the years, there have been significant developments, of which a number are noted here.

Since it was established in 1807, the Daniel Thwaites brewery, one of the top 10 breweries in England, has been an independent, family-owned and operated company with headquarters in Blackburn.

To improve its refrigeration capacity and to save energy costs, the company commissioned Star Refrigeration to optimize the existing refrigeration system. Heat exchangers and separator vessels had already been replaced in the course of previous projects.

A newly installed GEA Grasso reciprocating compressor, featuring inverter drive and using ammonia, was used to increase output from the previous 310 kW to 400 kW, while at the same time reducing operating costs. According to those involved in the project, the improved energy efficiency is largely due to the use of the new inverter-driven reciprocating compressor instead of the original unit that ran constantly at the same speed, and to the installation of a new compressor control system. Energy measurements show that the brewery is saving around about 2,500 euros a week in electricity costs, and that the investment will pay for itself in less than 18 months.

Herzoglich Bayerische Brauhaus Tegernsee in the Alps is one of the oldest remaining breweries in Bavaria and produces around 120,000 hectoliters (3,170,064.63 gallons) of beer every year. In 2010, industrial refrigeration company Th. Witt supplied a system for chilling the brewing water. Up until the rebuild, the chilling of four brews a day had been done in the traditional way using an ice bank system. Due to the brewery’s planned increase in capacity to nine brews, a new refrigeration solution was required.

The idea was to design a system that could be operated at almost constant capacity throughout the day. In addition, it was to incorporate the option of subsequently connecting a heat pump to the system so as to supply heat to adjacent buildings like a pub and restaurant.

During the chilling process, 190 liters (50.19 gallons) of brewing water have to be cooled down from 16°C (60.8°F) to 2°C (35.6°F) within 2½ hours. In the new system, cooling water consumption for the condensers was to be reduced as far as possible. Th. Witt installed a gravity-type NH3 system with separator and plate evaporator. To ensure the supply of cooling at all times, two reciprocating compressors were installed. While one compressor is in operation, the second one is in standby.

To completely dispense with cooling water, the engineers designed the system with an air-cooled condenser for condensing the refrigerant. The system cools a secondary refrigerant loop with glycol to a temperature of -2°C (28.4°F). By means of a secondary plate heat exchanger operating with glycol and fitted with an outlet temperature controller, the brewing water is then cooled to the required temperature of 2°C (35.6°F) and stored temporarily in an insulated basin. The system’s cooling capacity is 124 kW, and it uses around 100 kg (220.46 pounds) of ammonia as refrigerant.

The Ottenbräu Brewery from Abendsberg in Bavaria’s Hallertau region has been brewing beer since 1609, making it one of the oldest breweries in Germany. In 2011, owner and seventh-generation brewer Robert Neumaier decided to install a state-of-the-art brewing plant. Although various parts of the equipment had been replaced from time to time, the last general overhaul had been carried out by his great-grandfather in 1906.

The brewery commissioned HKT Huber-Kälte-Technik GmbH in Halfing to implement the cooling system and equip the brew house and malt store with new refrigeration technology. The new brewery can process two brews per day with a total of 4,000 liters (1,056.69 gallons), with the complete brewing cycle taking about eight hours. A plate heat exchanger performs the function of cooling the hot wort (the liquid extracted from the mashing process during the brewing of beer) from its boiling temperature (95°C/203°F) to a yeast pitching temperature of 7°C (44.6°F) in the fermentation tanks. The primary fermentation, where yeast is added at 7 to 9°C (44.6 to 48.2°F), lasts eight days. The beer is then matured for eight to 10 weeks. About 2,000 hectoliters of beer are brewed annually using this process.

When designing the new brewery, the focus was on energy efficiency and sustainability. In view of the output range of between 3 and 15 kW with direct expansion at -8°C (17.6°F), the refrigeration solution opted for an ammonia and dimethylether mixture (R-723) as refrigerant. Adding DME to the ammonia allows the discharge temperature to be reduced by up to 25 K and achieves oil solubility. As a result, said those involved, it is possible to build reliable direct expansion refrigeration units with air-cooled condensers, even where ambient temperature is 35°C (95°F).

In this specific case, due to the brewery’s close proximity to its neighbors, the company opted for a quiet stainless steel condenser supplied by Güntner with a sound pressure level of 36 dBa at 10 m, mounted on a base frame above the compressors’ suction side to avoid noise. The higher suction gas density of R-723 results in a 3 percent higher efficiency than using pure ammonia. This means that cooling systems with an output of less than 20 kW are suitable for operation with a natural refrigerant. The brewery has achieved energy savings of around 40 percent as a result of switching from bricked-in fermentation vats to free-standing directly cooled stainless steel fermentation tanks. This involved changing the space cooling of the storage tanks to direct jacket cooling by glycol, replacing ice bank storage systems with single-stage plate heat exchangers with pre-cooled brewing water, and using R-723.

“The examples show that systems using natural refrigerants can now be used energy efficiently and with minimal environmental impact in breweries of all sizes — even in the lower output range,” said Hoeterickx. “It always depends on the overall concept for a system, and the choice of refrigerant is one aspect of this.”

R-723 derives from the mean molecular mass of 23g/mol and the compound’s categorization as a natural refrigerant (700 series). However, it still does not have an official ASHRAE standard classification. R-723 is a colorless gas liquefied under pressure and with a pungent odor. It is made up of 60 percent by mass of ammonia (R-717) and 40 percent by mass of dimethylether (RE170) — a propellant similar to isobutane when used as a refrigerant. Due to its azeotropic boiling point, the mixture can be handled like a single-component refrigerant. This means that there is no composition shift during evaporation and condensation. R-723 has no ozone depletion potential (ODP = 0) and a direct global warming potential of 8. It offers the energy benefits of ammonia. In respect of its toxic effects, the relevant safety guidelines for ammonia have to be observed. The dimethylether components have no known specific toxic effects.