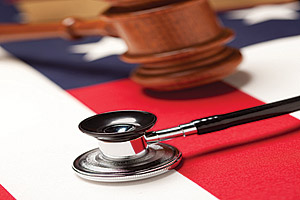 In a monumental decision, Hercules Industries Inc., a Denver-based HVAC company, gained a preliminary injunction against the recently approved Patient Protection and Affordable Care Act (Health Care law) on the basis that it violates their first amendment constitutional right to freedom of religion.

Hercules Industries, an HVAC manufacturer and distributor, was created by William E. Newland in Denver in 1962. The company now employs 265 workers across four manufacturing facilities and 12 sales and distribution centers in Arizona, Colorado, Utah, New Mexico, and Wyoming.

Family-owned-and-operated, Hercules Industries’ board of directors is comprised of siblings Paul, James, and William Newland, and Christine Ketterhagen. William Newland is the current company president, with son, Andrew Newland, functioning as vice president.

On Aug. 1, 2011, language was added to the Patient Protection and Affordable Care Act mandating that group health plans include all Food and Drug Administration (FDA) approved contraceptive methods, sterilization procedures, and patient education and counseling for all women with reproductive capacity. This included the FDA-approved Plan B, also known as the “morning-after pill,” ulipristal acetate, or the “week-after pill,” and various other intrauterine devices (IUDs).

Because these contraceptives utilize artificial means to prevent the implantation of a human embryo or remove an implanted embryo from a uterine wall, the Catholic Church, in some cases, views these preventative options as forms of abortion.

Under the Health Care law, businesses with more than 50 employees must provide health insurance to their employees or face a penalty. To satisfy the mandate, the insurance must include the contraceptive benefit.

In a lawsuit, Newland v. Sebelius, filed June 26, 2012, it is stated that the Newland family “seeks to run Hercules in a manner that reflects their sincerely held religious beliefs.” The Newlands, based upon these sincerely held religious beliefs as formed by the moral teachings of the Catholic Church, believe that God requires respect for the sanctity of human life and for the procreative and unitive character of the sexual act in marriage.

“Applying this religious faith and the moral teachings of the Catholic Church, the Newlands have concluded that it would be sinful and immoral for them to intentionally participate in, pay for, facilitate, or otherwise support abortifacient drugs, contraception, or sterilization through health insurance coverage they offer at Hercules. As a consequence, the Newlands provide health insurance benefits to their employees that omits coverage of abortifacient drugs, contraception, and sterilization. The Newlands’ plan is self-insured, and the plan year renews each year on Nov. 1, the next renewal date thus occurring on Nov. 1, 2012.”

William Newland shared his thoughts on the lawsuit during a July 27 interview conducted by the FOX News Network.

“My father started this business 50 years ago and did it all on his own. I watched him implement the moral values, ethical standards, conduct, and corporate culture we still have here today that have made this business successful and profitable. Now, we’re being asked to change that corporate culture,” he said. “We have our own religious beliefs, that we hold dear, and now the federal government is asking us to choose between two poison pills; we either comply and desert our faith, or resist and be punished. That is a choice we shouldn’t be forced into.”

U.S. District Judge John Kane recently issued a preliminary injunction in favor of the Newland family that prohibits the government from penalizing the company for offering health insurance that doesn’t cover birth control.

“Is it possible to ‘pierce the veil’ and disregard the corporate form in this context? What is the significance of the pass-through taxation applicable to subchapter S corporations as it pertains to this analysis? These questions merit more deliberate investigation.”

Kane concluded that “The balance of the equities tip strongly in favor of injunctive relief in this case. Because this case presents questions going to the merits … so serious, substantial, difficult, and doubtful as to make the issue ripe for litigation and deserving of more deliberate investigation, I find it appropriate to enjoin the implementation of the preventive care coverage mandate as applied to plaintiffs.

“Accordingly, defendants, their agents, officers, and employees, and their requirements that plaintiffs provide FDA-approved contraceptive methods, sterilization procedures, and patient education and counseling for women with reproductive capacity, are enjoined from any application or enforcement thereof against plaintiffs, including the substantive requirement imposed in the application of the penalties and any determination that the requirements are applicable to plaintiffs.”

Judge Kane’s injunction was specifically tied to Hercules Industries, and only applies while the details of the lawsuit remain unresolved. “And, finally, I take this opportunity to emphasize the ad hoc nature of this injunction.

“The government’s arguments are largely premised upon a fear that granting an exemption to plaintiffs will necessarily require granting similar injunction to all other for-profit, secular corporations voicing religious objections to the preventive care coverage mandate. This injunction is, however, premised upon the alleged substantial burden on plaintiffs’ free exercise of religion — not to any alleged burden on any other party’s free exercise of religion,” said Kane. “It does not enjoin enforcement of the preventive care coverage mandate against any other party.”

However, Kane’s judgment decision is significant as it is the first court-ordered opinion against the Health Care’s contraception mandate, and it protects a family-owned small business whose owners wish to run their business as a reflection of their religion. “Every American, including family business owners, should be free to live and do business according to their faith. For the time being, Hercules Industries will be able to do just that,” said Matt Bowman, legal counsel, Alliance Defending Freedom, in a press release.

“The cost of freedom for this family could be millions of dollars per year in fines that will cripple their business if the Obama administration ultimately has its way. This lawsuit seeks to ensure that Washington bureaucrats cannot force families to abandon their faith just to earn a living. Americans don’t want politicians and bureaucrats deciding what faith is, who the faithful are, and where and how that faith may be lived out.”