Nearly 1 in 15 U.S. homes is estimated to have elevated radon levels. Radon is the leading cause of lung cancer among people who do not smoke, and about 21,000 U.S. deaths are attributed to radon exposure each year.

“We are focused on simplifying the entire process for HVAC contractors, specifically to start taking control of radon,” said Jens Housley, senior product manager at AprilAire. “We are launching a five-day training course that's going to help them become certified in professional radon testing and mitigation. We’re really looking at it from an end-to-end perspective, which hasn't necessarily been done under one brand.” 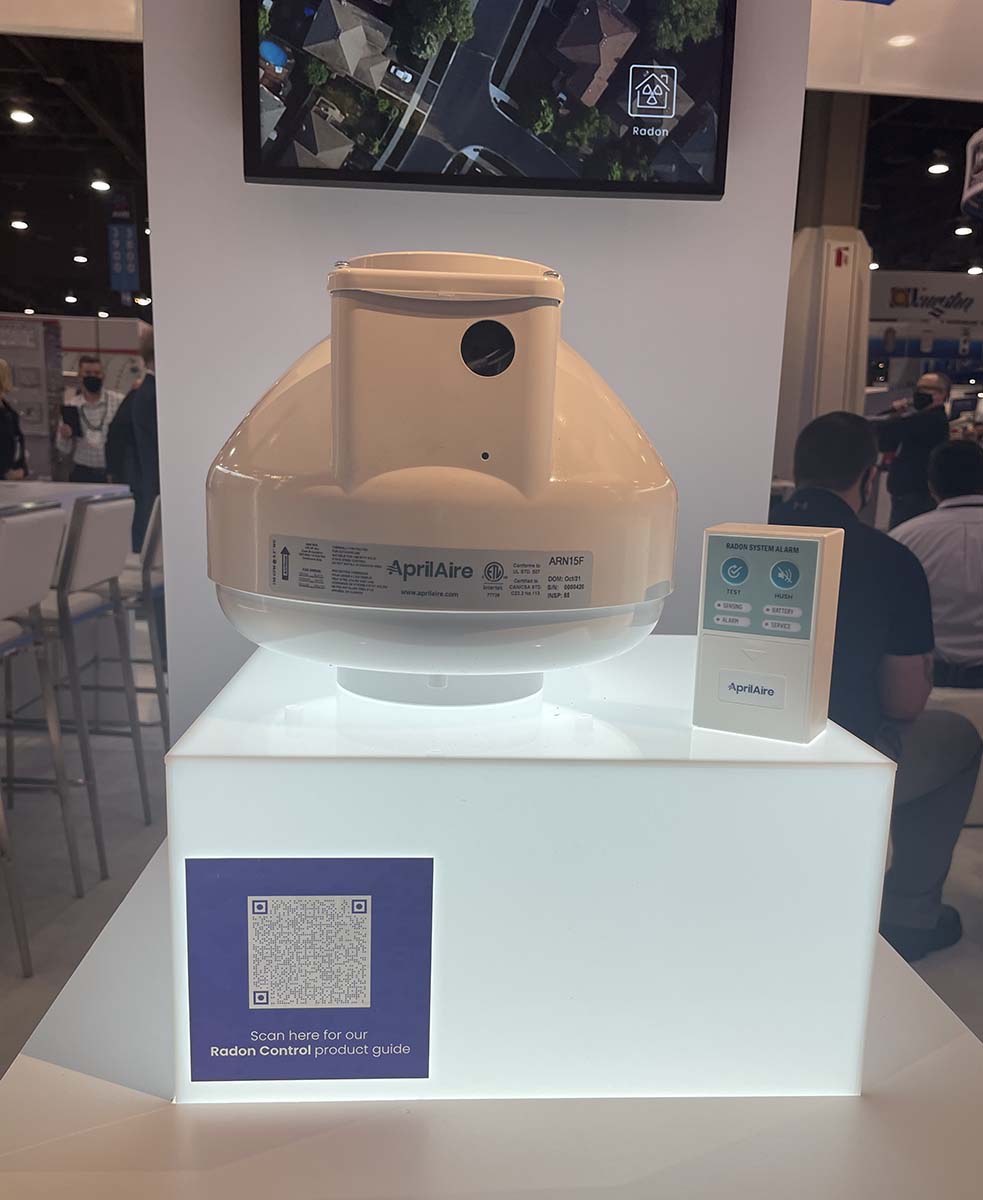 AprilAire’s new suite of radon products includes an at-home, short-term radon test kit; mitigation fans; a radon system alarm that alerts homeowners if their radon system is not operating properly; and a radon mitigation kit with everything needed for an AprilAire Healthy Air Professional to set up radon mitigation and monitoring in homes, like a fan, manometer, couplings, and the AprilAire Radon System Alarm.

According to AprilAire’s surveys, one in five consumers are “extremely concerned” about the air in their homes, Housley said.

“Furthermore, over half of those consumers are looking for products to actively improve it. They're looking for solutions,” he said. “Indoor air quality in general has become obviously a hot topic with COVID, but I don't think this is just a trend that's going to go away. I think this is more of a generational shift, with consumers understanding the importance of health and everything that's attributed to their personal health and well-being.”

Also on display at the booth was AprilAire’s patented ventilating dehumidifier, launched in Q3 of 2021.

“It gives you the best of two different things,” said Dave Reifsteck, vice president of sales at AprilAire. “In markets where you want to bring outside air into the home — ventilate with fresh air, which is good for the pandemic, viruses, the health of the home — we have a product that will bring in the outside air. And if you're trying to meet code for ASHRAE 62 but the air you're bringing in from outside is too humid, we will dehumidify it before we deliver it to the living space of the home, so that you're not putting an extra latent load or extra humidity inside the home.”

As a side benefit, it can dehumidify the home itself as well.

Later in 2022, the company plans to launch a new line of thermostats, according to a press release.