With owner interest piqued, high sales potential is less about persuasion than performance

Commercial controls contractors have picked up a couple of pandemic-driven improvements in how they do things. Just don’t try to spot them at the project.

“So being able to perform as much of the tasks off-site [as possible] has helped not only in the sense of carrying out those tasks in a controlled environment but also keeping us off the critical path of the schedule.”

In particular, MacDonald-Miller tests all the graphics and software programming in its office alongside project stakeholders, Pfeiffer explained.

“We simulate to the sequence of operations in the contract documents and gain approval from all parties,” including owners, consultants, contractors, and commissioning agents.

After controllers are installed at the site, “it’s a matter of field verification instead of full-blown commissioning, since most of the ‘bugs’ have been worked out.”

Todd Thiele, vice president of controls at Harris in St. Paul, Minnesota, said this concept has worked for his team, too. The benefits go beyond avoiding rude surprises at the commissioning stage.

“An increased drive to prefabricate control panels enables our team to perform a higher percentage of our work in an off-site, safe environment,” Thiele said. “This effort reduces field hours and potential exposures.

Harris has pulled some work even further away from the jobsite. Thiele said the company has reinforced its emphasis on design standards and additional accountability, which has translated to more team members doing more work remotely.

The recent spike in IAQ awareness has shown up on the customer and tenant level, too. Dan Schillinger, sales director at Danfoss, has noted the interest in learning more about the increasing range of IAQ tactics.

“There is a general realization that energy cost will increase in response to improved IAQ, although total cost of building ownership should decrease if IAQ improvements are implemented effectively.”

In Danfoss’ case, Schillinger sees variable-speed technology as a key investment for both manufacturers and owners.

Andy McMahon, head of global channel at BrainBox AI, has seen the effect among system integrators and contractor partners.

“Many of them have taken on at least one new line that deals with IAQ products,” he said, because more than ever, they are becoming trusted advisors to building owners. And those owners often “need answers (quickly) as their buildings become fully occupied” again.

According to Thiele, interest remains in CO2-related ventilation control and innovative, efficient designs. He said that while the rush of businesses making IAQ improvements has slowed, “we are still seeing an aptitude for continued improvement.” 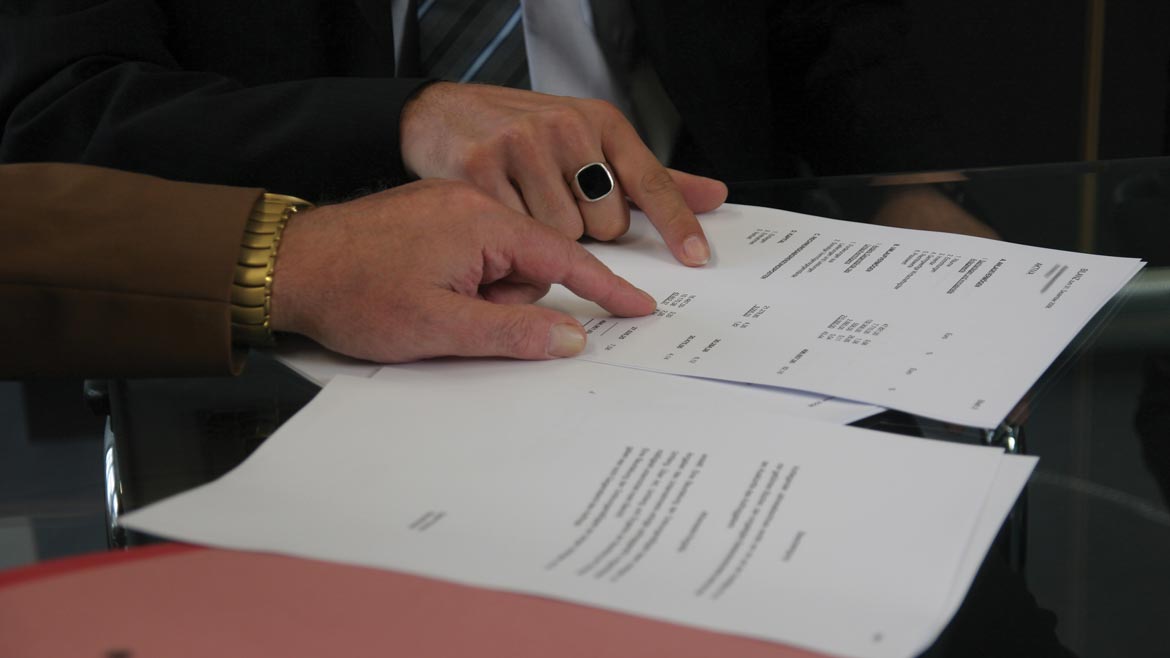 GET IT IN WRITING: MacDonald-Miller’s Mike Johnson has observed more potential lease customers having IAQ written into their lease agreements. Perhaps not coincidentally, “Now property managers and owners are more willing to set aside dollars for IAQ.” (Courtesy of Jens P. Raak via Pixabay)

Maybe some of that aptitude is getting a push from the other end. Mike Johnson has seen interest manifest itself at the tenant level. Johnson is director of the Oregon building performance group at MacDonald-Miller.

Johnson noted that healthy IAQ’s effects on productivity, health, and tenant happiness are no secret. So what has changed?

Johnson has observed more potential lease customers “asking property managers to ensure air quality and having that IAQ written into their lease agreement.”

“Because of that,” he said, “now property managers and owners are more willing to set aside dollars for IAQ.”

Controls are People, Too

Just as the commercial controls sector feels the impact of IAQ’s upswing, the broader labor shortage has an impact here as well. Which wouldn’t be as big a deal if there weren’t often more work than a company can handle.

BrainBox AI’s McMahon has seen his customers paying for school and for in-house training of junior staff members. Other contractors’ employees are “wearing multiple ‘hats’” to pick up slack and avoid any letdown in quality.

In the Pacific Northwest, MacDonald-Miller has tackled scarcity by “growing our own and using fresh energy talent from trade schools, apprenticeship programs, and word-of-mouth recruiting,” Pfeiffer said.

It does take longer for such an employee to get up to speed, compared to hiring someone with a few years of experience.

However, said Pfeiffer, “what we’ve found is that within a year, they are performing many tasks that would be expected out of a 2- or 3-year experienced candidate, because of the focus we put on training.”

As for the dreaded S-phrase, commercial controls contractors are feeling the weight of various kinks in the supply chain. Harris’ Thiele reported these issues do have an impact on projects, overall progress, and the balance sheet.

“We are experiencing monthly — and in some cases, weekly — pricing escalations with critical components and raw materials needed,” he said.

Pfeiffer echoes that “what used to be a yearly increase is now more frequent. We’ve seen 2-3 pricing increases by multiple vendors in just 2021 alone.”

Pfeiffer did sound like MacDonald-Miller was able to get ahead of the curve in at least one area.

“We heard the drums beating regarding chip delays, so we were proactive in ordering early and stockpiling the necessary products to keep our field installation and technical teams busy, while others had to send folks home because there was no product to program and install.”

Danfoss’ Schillinger has also observed spending “on both immediate needs as well as future supply” to try to stay ahead of shortages.

Schillinger’s team at Danfoss expects strong growth in distribution and IT spaces, “with increased investment in K-12 HVAC upgrades.” On the refrigeration side, he sees the same for specialty cooling and chiller applications.

Maybe the best recommendation for the commercial controls sector is the variety of responses when professionals are asked to prognosticate about which applications are in especially good shape.

Schillinger’s team expects strong growth in distribution and IT spaces, “with increased investment in K-12 HVAC upgrades.” On the refrigeration side, he sees the same for specialty cooling and chiller applications.

Pfeiffer expects the market to warm up, “especially for light commercial.” He believes that as more companies bring employees back toward the office one way or another, that will drive IAQ and TI work.

Beyond that, “lab and tech continues to boom with no slowdown in site. Plan and spec don’t seem to have slowed down, either,” Pfeiffer said. He tacked on expanding K-12 work due to federal and state support.

At Harris, Thiele predicts that the market will see a tilt toward maintenance and upgrades for existing systems, due in part to inflation.

Thiele also expects that “health care will continue to upgrade infectious control systems that were revealed during COVID.” He expressed confidence that data, technologies, and networking will all experience continued strong spending as a result of more remote work in the new normal compared to pre-pandemic levels.

Thiele’s expectation of increased bandwidth demand is bolstered by “the exodus of retirees with decades of experience and knowledge will place added emphasis and urgency on self-learning technologies.”

McMahon declined to pick favorites between light or heavier commercial work in the near to mid-future. It sufficed to say, “The controls contracting market has never been this hot, and that trend looks to continue,” as long as supply chain problems don’t put a more prolonged dent in it.

And what is the next big leap — or next big hurdle — for commercial controls?

“All things AI,” said McMahon, who sees BrainBox as well positioned in part because of its SaaS model’s lack of upfront cost for customers.

Artificial intelligence will find itself applied to “almost every aspect of automation,” he said. “The other significant big leap is cybersecurity.”

The Harris team sees analytics as a key service that has room to grow.

“Buildings generate million of data points every day,” Thiele said. Owners who can put their facilities in a position to not just gather but act on that flood of information will be primed to succeed, from the improvement in diagnosing and avoiding equipment problems to reducing costs and satisfying tenants’ increasingly formalized desire for better IAQ.