Contractors Seek Ways to Ease Stress for Their Staffs

The whole world has been dealing with a tremendous amount of stress. Even in the best of times, employees feel pressure from a range of sources, including work duties, money, and family issues. The HVAC business carries its own challenges. Techs often work odd hours. There are times when they’re extremely busy and others when they worry about having enough work to avoid layoffs.

Experts have increased awareness about the effects of stress on individuals in recent years. Now, a recent study shows how that can affect businesses, as well. The National Safety Council (NSC) found 90% of employees surveyed are concerned about mental health and chronic stress impacting fitness for duty. The NSC recommends employers treat stress as an impairment, just like substance misuse.

"We believe the issue of impairment is multifaceted and therefore requires an approach that recognizes all aspects of it,” said Lorraine Martin, NSC president and CEO. “We urge employers to join us in looking at impairment through the new lens that our current moment demands."

The survey found that while 70% of employers said they discuss substance impairment during employee onboarding, only 47% discuss other forms of impairment, such as fatigue, mental health, and stress. In previous research, NSC found that tired, fatigued employees have negatively impacted 90% of employers. 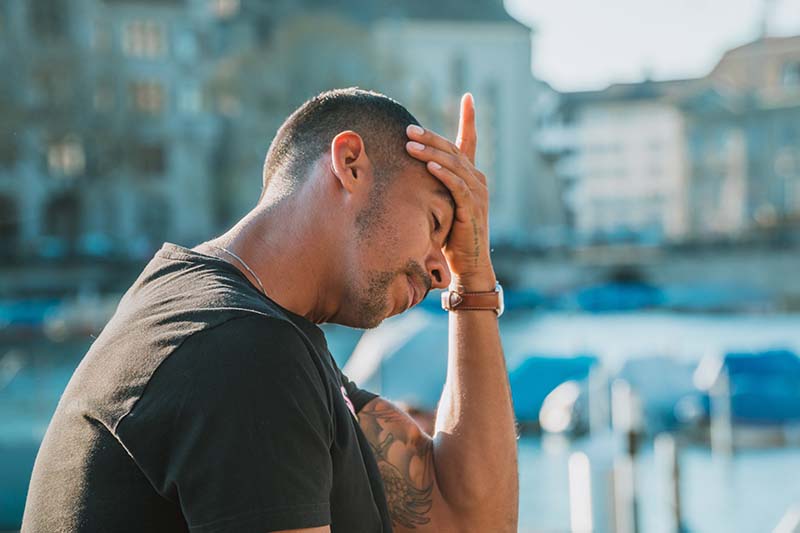 UNDER PRESSURE: Technicians face a range of stressors, from too much work to too little work. A recent study shows stress is as much an impairment as substance misuse. (Image Courtesy Of Peggy And Marco Lachmann-Anke From Pixabay)

So what causes stress for employees? Greg McAfee, owner of McAfee Heating & Air Conditioning in Dayton, Ohio, polled his employees to find out what worries them the most. He shared their answers.

The biggest stressor for McAfee employees is the most common one for people in general: money. A survey by the American Psychological Association found that 72% of respondents reported feeling pressure about money at least some time in the prior month. McAfee said this increased during the pandemic.

“Even though they make a fair wage, they struggle living from pay period to pay period,” he said.

Many contractors find their employees in the same situation. Some offer training and education in how to handle their money. Chris Jones, co-owner of Green Dot Heating and Air in Wilmington, North Carolina, takes his previous experience working in finance and presents a program for his employees. Scott Merritt, owner of Fire & Ice Heating, Air Conditioning and Electrical Inc. in Columbus, Ohio, gives all his new employees a copy of “The Richest Man in Babylon,” a classic book on the subject of personal finance.

Job security also creates stress for McAfee employees, especially the hourly workers. The HVAC business goes through slow periods, especially when the weather remains mild. McAfee said he works to come up with enough for employees to do so they get at least 30 hours a week year round. He said sometimes this means they spend time cleaning trucks or inventorying parts.

Too much work creates its own concerns. Employees enjoy the extra money overtime brings during the busy season, but it takes a toll on them and their families. McAffe said his firm is busiest in early spring and late fall. He attempts to prepare his staff and their spouses well ahead of time. He sends a letter home reminding everyone of what’s coming and includes a gift card for a family outing, such as a trip to the ice cream store.

It’s not uncommon for employees to bring relationship issues to the office, McAfee said. Lately, childcare has become a larger issue for employees. McAfee said he tells all his employees with children to keep back-ups at all times for their childcare needs.

Jim Cunningham, owner of Trusted Plumbing and Heating in Renton, Washington, offered an extreme solution to one of his employees when the pandemic shut down local schools. Cunningham let her bring her daughter into the office, set up a school desk, and take her classes there several days a week.

HVAC technicians often face an uncertain work schedule. Some of this comes from having to perform emergency service calls. McAfee offers 24-hour service and always has someone on call.

“On-call can be stressful for anyone, because you are working throughout the night and you have to work the next day,” McAfee said.

Technicians who do respond to an afterhours call start later the next day, he said. Some firms have done away with 24-hour service, at least partially. Flame Furnace in Warren, Michigan, only offers afterhours service during the winter. Other firms only provide it for comfort club members.

Technicians often share their customers’ anxiety when they face the prospect of spending a large amount of money to either fix or replace an HVAC system. A study of 700 homeowners by finance provider Hometap found more than half consider anticipated home repairs extremely stressful. McAfee said the technicians share their customers’ concerns and worry about directing them into a decision they will later regret.

Dealing with traffic is another major source of stress for people. Of course, HVAC technicians have to drive throughout the day. McAfee said investing in software helps reduce windshield time and, as a result, stress. The software groups appointments so most are within the same geographic area.

Some stress is unavoidable and people need to find ways to cope with that. Exercise is one solution. McAfee pays for half of his employees’ membership at the local YMCA. Other firms offer on-site gyms and some host yoga classes at their offices.

One of the best cures for stress is sleep. Several studies have found a direct link between levels of stress and how well-rested a person is. Abe Zarou, owner of AllTech Services Inc. in Sterling, Virginia, has gone so far as installing sleep pods in his company’s office so employees can take a nap during a long workday.

As a business owner, McAfee faces the most pressure each day. But he said 31 years in business and several years in the Marine Corps have prepared him to deal with most situations. Recently, the walls collapsed at a new facility McAfee was building. There has been more than one morning when he arrived at the office to find a technician’s truck in the lot with the keys and a resignation letter inside. McAfee said he just cleans out the truck, divvies up that day’s work, and moves on.

“It takes multiple things to get me stressed out,” McAfee said. “The more confidence you have as a leader, the more it takes to stress you out.”