This website requires certain cookies to work and uses other cookies to help you have the best experience. By visiting this website, certain cookies have already been set, which you may delete and block. By closing this message or continuing to use our site, you agree to the use of cookies. Visit our updated privacy and cookie policy to learn more.
Home » 2020 Best Contractors to Work For: AllTech
HVAC ContractingNewsBusiness ManagementHVAC Residential MarketHVAC Light Commercial Market

2020 Best Contractors to Work For: AllTech

Sleeping on the job isn’t a problem for AllTech Services Inc., the Best Contractor to Work For in the Eastern region. In fact, the company accommodates the practice with a nap pod at its Sterling, Virginia, offices. It’s an unusual perk, but one that reflects the company’s dedication to its employees’ well-being.

Other perks include an onsite fitness center and regular visits from Stretch Zone. AllTech also takes steps to ease the stress on its employees. All this reflects owner Abe Zarou’s commitment to creating a culture of empowering his employees.

Zarou grew up in the restaurant business. One day, his father showed him how much he was paying for HVAC at his place. Zarou said he wasn’t complaining to his son. He was offering career advice.

So Zarou took his first job at Whitman Mechanical. He worked there during the day and went to school at night. Finally, Zarou decided he could do better on his own. He bought a Chevrolet Astro van and on Dec. 14, 2002, started AllTech Services. The van sits outside his offices today. 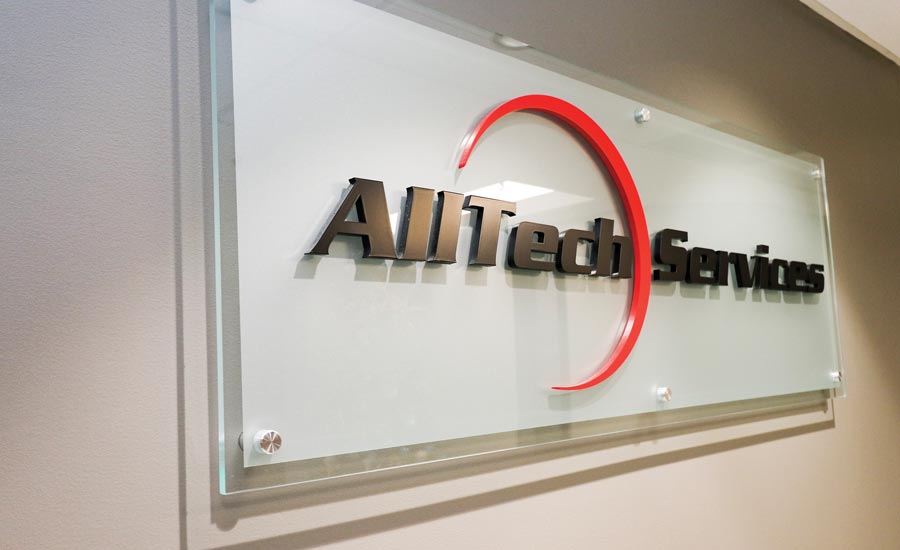 THINKING BIG: AllTech has been the name of the company since Zarou struck out on his own in 2002. At the time, it was just him, operating out of a Chevrolet Astro van and taking all the service calls he could get. COURTESY OF ALLTECH

The name reflects Zarou’s ambition. He only offered HVAC service and was a one-man shop, but it sounded impressive. Zarou took any service call he received and built up a clientele. He eventually hired an installer and then an office manager.

Today, AllTech employs more than 60 people. The company offers HVAC services including IAQ, insulation, and geothermal. In 2011, Zarou brought on his cousin, Greg Halsey, to add plumbing to the company’s offerings.

Despite the larger size, Zarou remains heavily involved in the day-to-day operations. He said he works 12 to 13 hours a day.

“It’s in my blood,” Zarou said. “I’m not a guy who can stand back. I like things done a certain way.”

Zarou understands if his employees want more time for their personal lives. He takes steps to ensure they have a good work-life balance. For example, AllTech only offers afterhours service for its comfort members. In addition to dragging technicians out of bed, Zarou said afterhours service can create conflicts with consumers when they have to pay more. 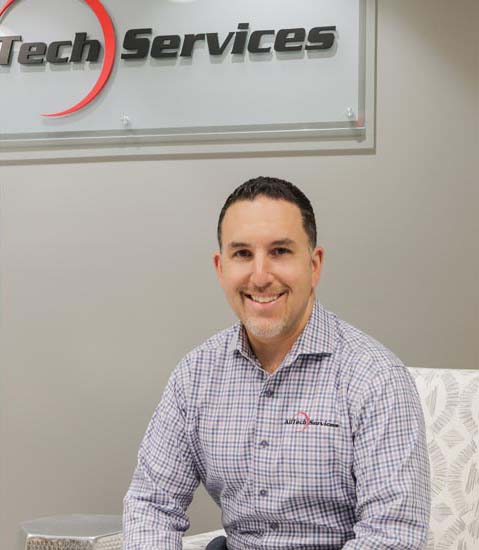 LEADERSHIP: Abe Zarou wants his techs to remember he was once where they are now. He keeps a very hands-on approach even as his company grows. COURTESY OF ALLTECH

Making customers happy by offering less is part of Zarou’s philosophy. He said many firms take on all kinds of work, from light commercial to installing generators. AllTech provides a range of services, including light commercial, but management understands its limits.

“You tie up your leadership putting out fires all day,” Zarou said. “We walk away from work. And we have no problem firing a customer.”

There are other ways management maintaining limits benefits the staff. For example, Halsey said he avoids the trap of overhiring when there’s plenty of work so he doesn’t lay people off during slower periods.

AllTech is expanding, however, by buying out struggling competitors. One of those was Whitman Mechanical, Zarou’s former employer.

In 2019, Zarou started to get calls from long-time Whitman employees looking for jobs. He called up the owners. At first they said everything was fine. Then they admitted they were about to go bankrupt.

Zarou was able to buy the names along with some vehicles, and to add some of the staff. He kept the name for a while during the transition. Many Whitman customers still remembered Zarou from his time as a technician, he said.

“It was a great feeling,” Zarou said. “All the hard work that I put in to actually be able to buy the company where I started.”

That was his second deal. The first was a competing HVAC firm that did go bankrupt. AllTech bought the name, phone number, customer database, and comfort memberships from the trustees.

Zarou said that wound up being a multimillion-dollar acquisition. He is in the process of acquiring a third firm.

“We don’t just sit back and wait for things to happen,” Zarou said. That’s a testimony to everyone at this company.

A big reason for AllTech’s success is getting the right people in place. Two hires from the past two years show how Zarou is also making strategic additions to his staff. 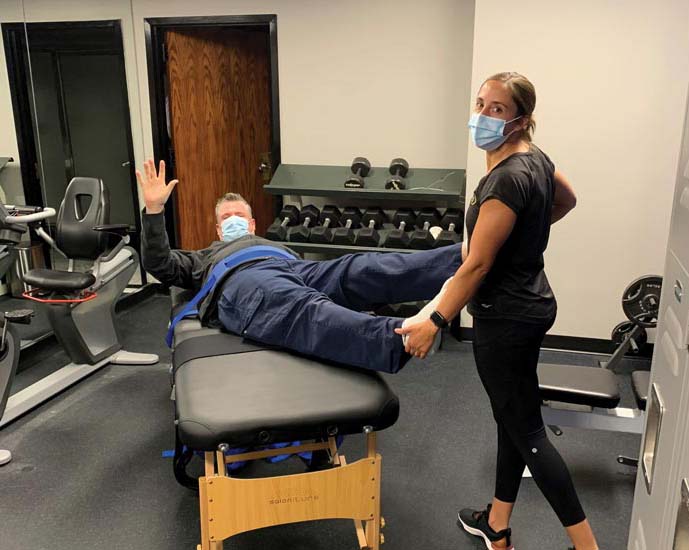 STRETCHING IT OUT: AllTech’s Shaun Murphy works with a trainer from the Stretch Zone during a visit to the firm’s offices. COURTESY OF ALLTECH

Indira Guerrero joined AllTech about a year and a half ago as operations manager. She held a similar position at another HVAC firm where she worked for 16 years. Guerrero wanted a change, and a friend in the business recommended contacting Zarou.

Guerrero said it was the right choice. Zarou respects his employees and is loyal to them. He empowers her as a manager. Guerrero said she lacked that feeling at her old job. A sense of empowerment is especially important for a woman in the HVAC business, she said, where many female managers are either born into or married into the business. What few there are, that is. In her old job, Guerrero would attend manufacturer events and find herself the only woman there.

Half the workforce at AllTech is female, and growing the number of women working there in all positions is a mission for Joseph Woodard. Woodard joined the firm in February of 2020 as the director of human resources. Woodard is another veteran HVAC manager who connected with Zarou through a mutual acquaintance.

AllTech faces the same challenges as the entire industry when it comes to recruiting technicians. Woodward works with the high schools and vocational schools in a three-state region to promote HVAC as a career.

“We want to show them the potential value of learning this trade,” he said.

Flowers for A Cancelled Appointment

The efforts continue after employment. Woodward conducts several reviews on new employees in the first 90 days of employment. They then receive a review from their direct supervisors.

“We’re not throwing anyone to the wolves,” Woodard said. “The only way to truly reinforce the principals we’re upholding here is to constantly check in.”

Reviews continue through the year after that, as they do for all employees. Woodward also conducts surveys to gauge the mood of AllTech’s employees and to see if they have any concerns or suggestions.

Training on both technical and soft skills continues as well. Zarou has set up an onsite training center featuring mockups of various HVAC equipment. It also features a Plexiglas house that demonstrates how HVAC and plumbing systems function as part of the greater whole.

Woodward said they also work with all the employees, both technical and non-technical, to train them the right way to treat a customer. Treating customers well and empowering employees go hand-in-hand at AllTech.

Staff have the ability to send customers Amazon gift cards and flowers to resolve issues. One time, AllTech sent flowers to a customer for canceling an appointment. The customer was scheduled to have work done at her home, but her child was sick. AllTech staff rescheduled and sent out the flowers. That action went viral and drew positive national attention.

It’s been more important than ever during the past year to show employees and customers that AllTech cares. Guerrero said one way the firm did that was by giving away toilet paper last spring when it was in short supply. For the staff, it was having a barber come in and give haircuts during the lockdown.

At the office today, everyone wears masks and there are hand sanitizer stations everywhere, Zarou said. Employees have their temperatures checked, and there’s personal protection equipment for all the employees.

Looking ahead to this year, Zarou expects a good year for the business, with steady growth. For himself, Zarou is starting to hand off more work as AllTech grows. He recently signed on with Blue Collar Success Group to do some training. He’s also doing less technical support. Still, Zarou feels it’s important that his technicians know he can provide assistance when needed.

“I know how to do things,” he said. “I’m not just a guy punching a calculator.” 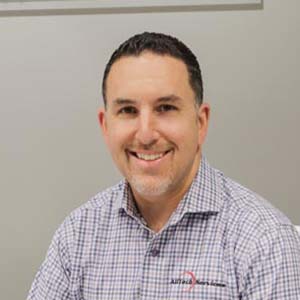 THE ACHR NEWS SELECTED THIS CONTRACTOR BECAUSE: Zarou creates an environment of empowerment for all of his company’s employees. Perks like a nap pod at the office and an onsite fitness center combine with limited afterhours service to ensure a good work-life balance. The company is committed to diversity in hiring and staffing practices (currently, half the workforce is female) and actively works with local high schools to promote HVAC as a career. Training includes both technical and soft skills, and staff even have the ability to send customers Amazon gift cards and flowers to resolve issues.