The Smithsonian National Air and Space Museum’s Steven F. Udvar-Hazy Center is home to several aircraft hangars with an exhibited collection of thousands of aviation and space artifacts, as well as a theater, observation tower, and restoration facilities. With extensive facilities and an HVAC system that could not keep pace with demands, it became clear to the museum and to the consulting engineers at AECOM, who managed the project, that a new HVAC system was desperately needed.

The museum, located in Chantilly, Virginia, was supported by cooling towers that were old and lacked adequate capacity to serve the building’s increasing cooling load. Site conditions did not allow for a larger cooling tower footprint to meet the increased load. To deliver enough chilled water at peak efficiency and to fix the original hydronic design for the towers, the facility managers were faced with elevating the towers by six feet. While solving the HVAC system performance challenge, this created a service dilemma: how to safely and efficiently perform routine inspection and maintenance on cooling towers that were 25 feet above ground.

Working with the Smithsonian Institution and AECOM, the engineers at Baltimore Aircoil Company (BAC) and The Morin Company, the local BAC representative, presented an innovative solution to dramatically improve the reliability of the cooling tower while reducing the need for regular service and maintenance of the fan-drive system. The result was a recommendation to replace the existing cooling towers with new cooling tower technology from BAC, which would improve heat rejection capacity and chiller functions. The solution enhanced the capacity of the cooling tower within the existing tower footprint, and most importantly, reduced maintenance requirements.

In order to ensure safety of maintenance professionals during the life of the cooling tower and a reduction in overall maintenance costs, Dilip Parikh, P.E., senior project manager at AECOM, and the BAC team decided to replace the traditional fan power transmission with a simplified direct-drive fan system: the Enduradrive Fan System. 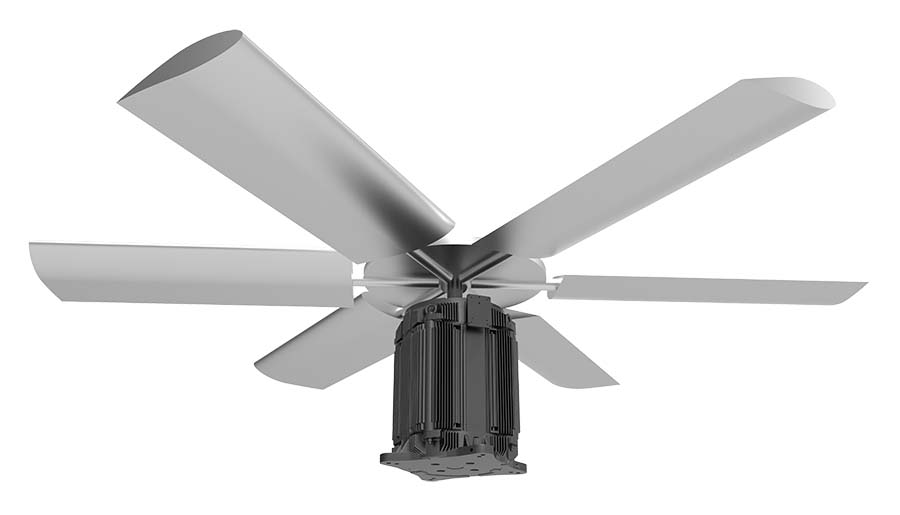 “Our experience is when applying the Enduradrive Fan System to traditional cooling towers, our customers enjoy high reliability,” said Kevin Morin, president of The Morin Company. “They also reduce their costs for operating the cooling tower fan motor up to 10% by eliminating the usual transmission losses of gearboxes and belts. We expect their investment will pay for itself in less than 36 months.”

Direct-drive fan systems are becoming accepted as the gold standard for high reliability and low maintenance throughout the markets BAC serves.

“I knew that direct-drive would likely be the right path for us to take, since we wanted to avoid unnecessary gears or belts that would need to be maintained and replaced,” said Parikh.

With the addition of the Enduradrive Fan System, the cooling towers at the National Air and Space Museum’s Udvar-Hazy Center are now capable of meeting the site’s cooling needs with extremely limited maintenance requirements.

“Maintenance is the most important concern,” Parikh said. “Who wants to go up on top of a 25-foot tower or up inside of it to look at gears or the belt drive when something breaks? With the Enduradrive Fan System, that concern is just about eliminated, the efficiency is greater, and even the installation is easier.” 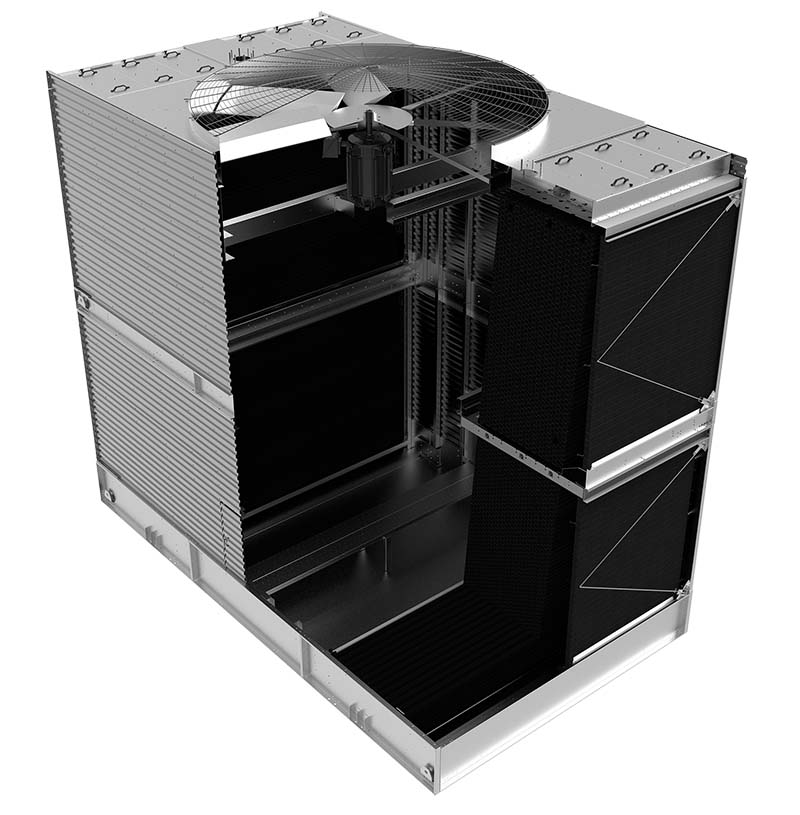 The BAC Series 3000 cooling tower with Enduradrive Fan System was installed at the National Air and Space Museum’s Udvar-Hazy Center at the end of 2018 and has been in continuous operation since then. The cooling tower solution has led to reduced maintenance, greater inspection accessibility, and increased efficiency for the Smithsonian Institution.

“BAC sized the new cooling tower with increased capacity while staying within the pre-existing footprint. Since its installation, it has helped enable the HVAC system to maintain precise temperature and humidity, a critical concern in the museum building and research facility,” Parikh said. “Most importantly, the need to climb the tower is rare, so the facilities personnel can remain safe even as the performance of the tower has improved.”