Chimneys are an often overlooked aspect of a house’s HVAC system. Fireplaces, of course, are one of the oldest home heating systems. And furnaces and water heaters often vent through the same chimney. But for the past few hundred years, chimneys have been treated separately from the mechanical HVAC system. That’s starting to change, with chimney contractors moving into the HVAC space.

Lindemann Chimney and Fireplace is one of those chimney companies. Lindemann had been serving customers in Chicago for more than 50 years. The firm added “Heating and Cooling” to its name at the start of the year, when it added HVAC services. Chris Hoffmann, an HVAC veteran, joined the company as an operations manager to oversee this new division.

Hoffmann said Lindemann would often quote install a new liner leading from the furnace to the chimney. Many times the existing HVAC equipment was older, and the firm wound up recommending the homeowner replace it.

“We would always have to refer them out to other companies,” Hoffmann said. “Finally, we realized we could capitalize on that business and provide another service offering to our loyal customers. We’re already touching the products when we do liners.”

Josh Cate, owner of TN Fireplace & Chimney, also saw an opportunity he felt local HVAC contractors overlooked — energy recovery ventilation (ERV). Cate said ERV installation is popular on the commercial side, but rare in residential use. He decided to add an HVAC division to tap into this market. 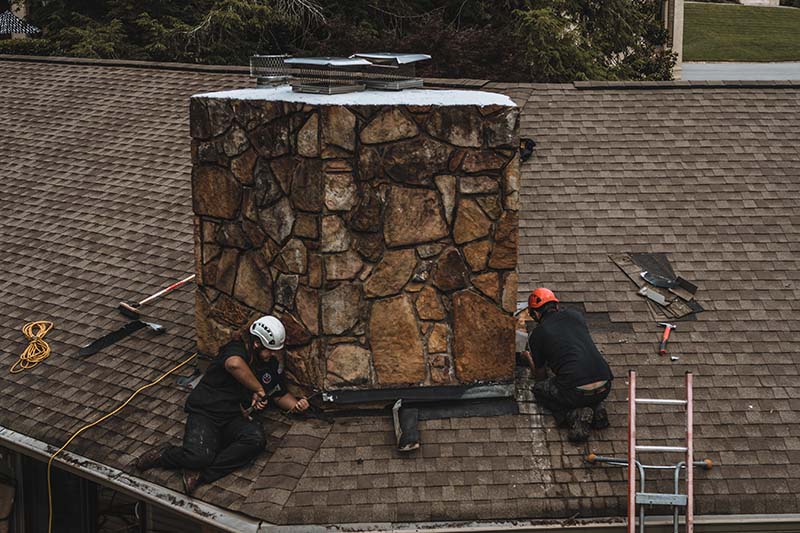 BIG CHIMNEY: A crew from TN Fireplace & Chimney works on a commercial chimney project. It was the company’s commercial work that inspired owner Josh Cate to move into the HVAC business.

Cate started in the chimney business in 2008 and spent years as a single operator. A motorcycle accident made him change his approach.

Today, his firm employs 22 chimney techs and operates seven trucks. TN Fireplace & Chimney services about 60 chimneys a week. Most of these are homes, but the firm also works on a few resorts. That is where Cate started to learn about ERV technology.

He also learned about the role of air pressure in indoor air quality through training from the Chimney Safety Institute of America. Houses today are so tight that chimneys provide the only route for replacement air. Cate said ERVs are designed to maintain the right balance of air pressure and also filter outside air before it comes in, so most particles and irritants are eliminated.

“We figured out that we weren’t really fixing the problem — we were treating the symptoms,” he said.

The first residential project Cate worked on was a very large home with multiple fireplaces. The homeowner was experiencing problems every time he used one of them, and Cate concluded the house was at a negative pressure until the owner started to use one of the fireplaces. Cate knew ERVs worked on commercial projects, so he recommended having them installed on this project. He said the ERV brings in a ton and a half of air an hour, solving the negative pressure problem. 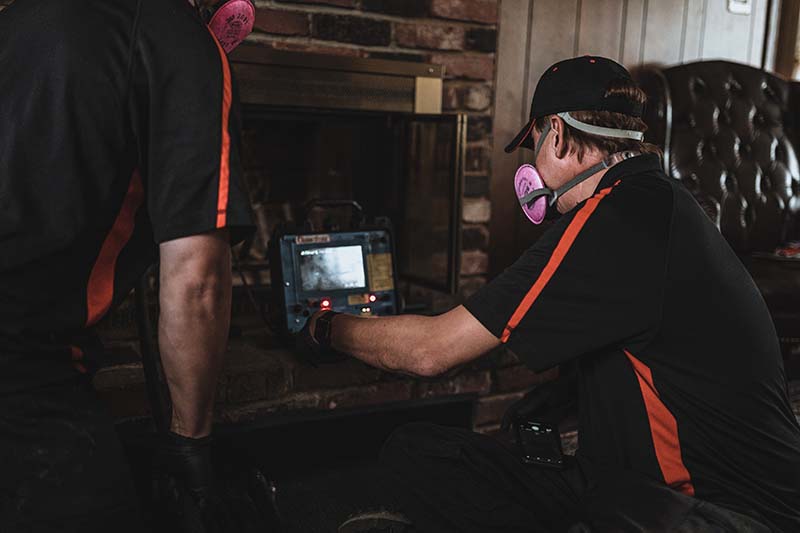 OLD SYSTEM, NEW TECH: Crews from TN Fireplace & Chimney use advanced diagnostic tools, just like HVAC techs. Already being in consumer’s homes gives them an advantage as they move into HVAC.

Cate hired an HVAC tech with 15 years of experience. He expects to hire more techs and train in ERV installation. Hiring is no easier for chimney firms than for HVAC, so Cate is prepared for the challenges. He said TN Fireplace & Chimney pays well and has a good culture, leading to an 80 percent retention rate.

In New Jersey, the state has started requiring an HVAC license to vent chimneys. That’s not a problem for Tracy Zarriello, owner of Queen Sweep Chimney, Plumbing and HVAC. Zarriello started in the chimney business in 2003 and added an HVAC license in 2015.

“I tell anybody and everybody that knowledge only makes you more valuable,” Zarriello said. “Any license you can carry — we have plumbing, we have HVAC, we have home improvement — is worth it.”

“The chimney business for a long time just flew under the radar,” Dimmit said.

Adding HVAC takes some investment beyond hiring. Hoffmann said while their existing fleet transitioned over to HVAC fairly easily, he did have to buy a box truck for installations. But other aspects, such as back office software, is the same for both trades.

Both trades also see seasonal upticks, which is the appeal of offering both. Air conditioning business picks up in the late spring. By late summer, people start thinking about their chimneys, and then they move into furnace season.

“We never have a slow time,” Zarriello said. “If we’re not doing chimney work, people need their air conditioning done.”

This means the firms can offer year-round work for some employees. Still, finding qualified HVAC technicians remains a challenge. Lindemann has a large customer base, having been around since 1969, and Hoffmann expects to tap into that, but he is moving slowly. A lack of HVAC techs limits the firm’s ability to expand. Lindemann is adding HVAC to its website, trucks, and other marketing, but only targeting select markets.

“We don’t want to open up the floodgates if we can’t get to everybody,” Hoffmann said.

He hopes to double Lindemann’s HVAC in the next year through brand awareness and conquering chimney customers. That means increasing the number of HVAC techs on staff. The firm currently employs three.

“I would say they compliment each other very well,” he said. “It’s just a matter of scaling. You don’t want to be that company that dilutes your specialty just because you’re trying to pick up a new trade. You’ve got to find a way to make them work together.”