This website requires certain cookies to work and uses other cookies to help you have the best experience. By visiting this website, certain cookies have already been set, which you may delete and block. By closing this message or continuing to use our site, you agree to the use of cookies. Visit our updated privacy and cookie policy to learn more.
Home » Which Should Be Replaced: The Blower Motor or the Entire System?
NewsComponents & AccessoriesMotors & Drives

Which Should Be Replaced: The Blower Motor or the Entire System?

Regulations and technology have changed some, but not all, of the variables for the right fix

However, the question of replacing a blower versus an entire system – versus the chance something else is the real culprit – remains a case-by-case challenge. How has the advent of FER changed the situation, and what do contractors tell homeowners before the first call for help?

Who Feels the FER Fallout?

“The only big effect this [FER requirement] has had on business is the cost of equipment going up,” said Eric Guyton, service manager for Goettl Air Conditioning & Plumbing in Phoenix.

He sees contractors affected less by FER than manufacturers and homeowners. Furthermore, Guyton hasn’t seen a FER-related spike in ECM interest because the benefits largely were already established among contractors and many consumers.

When that replacement is necessary, a common solution will be a replacement unit from a manufacturer of the existing furnace. However, alternatives also exist. Nidec Motor Corporation introduced its Rescue Ecotech ECM direct drive blower motor, for example, designed specifically to facilitate easy placement of PSC motors.

As far as performance, Nidec said that an ECM-for-PSC replacement can yield a 25 percent efficiency improvement for heating and cooling modes and up to 75 percent more efficiency in continuous modes.

Guyton did identify one impact of the FER system nudging a higher-efficiency, higher-first-cost option on the market.

“For the customer who wants that low-end option, it’s now more expensive.”

That added strain on budget-minded customers brings up one temporary tool that contractors should keep in mind as they diagnose and make suggestions: ECM may be the future for blower motors, but contractors may sell through any existing PSC motor stock they have on hand or might find.

As for the larger issue of when it is really necessary to replace which piece of equipment, “Do I have to replace my furnace?” is a predictably popular question. Quite a few contractors use their websites to take a proactive approach to offer some advice before the first phone call or web chat is begun.

No list claims to be comprehensive, but contractors may pick up a good telltale sign or way to talk about a given case from assorted sources.

Atlanta’s Coolray tries to soften the blow when the answer is on the more expensive side of the spectrum.

“If you’re experiencing any of these, we’re sorry, but it’s time to say goodbye to your old furnace,” they write.

Coolray’s list includes recurring noise from the furnace area, skyrocketing heating bills without a change in usage, or if “some rooms feel like a wood-fired smoker while other areas feel like a giant deep freeze.”

Coolray mentions one other critical development: a crack in the heat exchanger. However, the company takes a consumer protection angle here, reminding homeowners that while the safety risks of a cracked exchanger are real, pushy salesmen or a refusal to point out the crack are but two reasons to get a second opinion from a licensed professional before a replacement.

Elsewhere in Georgia, Ragsdale Heating, Air & Plumbing’s own furnace FAQ mentions that while many furnaces live an average of 18-20 years, the level of long-term maintenance will also have an effect.

Ragsdale echoes the warning about increasing utility bills, but its key piece of advice centers around a sliding scale for a customer’s tolerance for repair costs. One bottom-line rule of thumb is that a repair cost should not exceed more than 50 percent of what a new furnace would cost.

After that, Ragsdale said, a client should consider the furnace’s age. The older a unit is, the harder a homeowner should think about a fix that costs 20 percent of a replacement, for example. The company encourages customers to ask its team for “a more detailed assessment about the cost vs. benefit” for a given situation.

Getting into blower motors specifically, Goettl’s Guyton said that “deciding to replace the blower to an ECM motor would only make sense if you have a new system; if your unit is 20 years old, a new ECM blower motor isn’t the answer.

“If you’re looking to gain efficiency,” he added, “every situation is different.”

A third contractor in Georgia, Pruett Air Conditioning in Eastman, digs into blower replacement, too, and hints at an expanded range of possibilities.

“If you notice the furnace is making a humming noise, it could be the blower motor is working fine, but there’s something else preventing it from operating correctly,” Pruett explains. 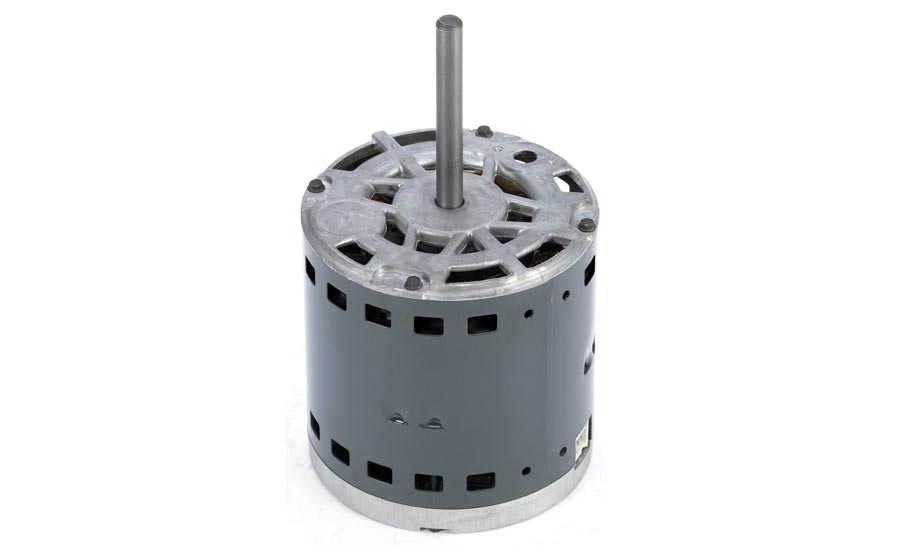 The landscape of motor efficiency has evolved over the last several years, but in 2015, Tom Beaulieu of Bay Area Services in Green Bay, Wisconsin, made an assessment for The ACHR NEWS that still holds up.

“The most common cause” for blower motor failure, in his experience, is dirt.

As Pruett posted, though, cleaning the equipment is one thing, but an unchecked underlying problem — like a continuous supply of dirt into the system’s environment — is another. In many cases, the piece of the system dealing the dirt is leaky ductwork, with dirt and conditioned air both traveling in the wrong direction.

For this reason, it can be easy to misdiagnose or pursue unnecessary replacements without a solid understanding of the ductwork design and condition in a particular home.

Guyton emphasized that the ductwork is key but is also an area “that most times contractors either forget about or ignore.”

Even if the ductwork is not especially leaky, it may not be equipped for the demands of a certain replacement. Guyton relayed a version of the familiar car analogy to illustrate ductwork’s critical but overlooked nature.

“If you buy a Ferrari but put Honda Civic tires on it and still expect it to perform like a Ferrari, it just won’t.” Back at the HVAC system, “you’ll think you bought a lemon, or it was installed wrong. But the truth is the unit is being dragged down by the ducting.”

As contractors know, real-life conditions may restrict the options for improving the ductwork, sometimes a little and sometimes a lot. In another pre-FER interview, John Boylan, then general manager of Lakeside Service in Brighton, Michigan, mentioned that the team would often sell ECM upgrades to customers suffering from airflow issues and ductwork that could not be corrected.

That route forces contractors to understand the homeowners’ ducts to the degree that they can avoid both the Ferrari problem and a Catch-22. If an upgraded blower motor could compensate for an imperfect air distribution design, then that may provide at least some noticeable improvement in delivering comfort. However, replacing an old PSC motor with an ECM because ductwork was too inaccessible will not serve the contractor or the customer well if dirt infiltration is going to set right back in on the new component.

To customers, the blower and the blower motor may seem like fairly “invisible” elements, normally out of sight. For contractors, a bad blower motor represents a more straightforward possibility. The less obvious instigators range from improperly sized equipment and/or ductwork to leaky or simply poorly designed ducts.

Boylan did add at the time that “we also offer [ECM upgrades] when we perform energy audits and the equipment is less than 10 years old with a PSC fan.”

Multiple factors go into how a contractor would set that bar today. Looking for opportunities to sell based on energy audit findings makes plenty of sense. But as with selling through existing PSC stock, the opportunity to exercise that upgrade approach will naturally decrease with time.

For advice positioned to endure, Guyton encourages contractors to improve their ductwork knowledge, becoming better prepared to deal with “the role it plays on the efficiency and lifespan of the HVAC system. It’s up to the contractor to look at the equipment and guide the homeowner in making the correct decision.”

The blower might be the problem, or it might be a symptom. The critical value a contractor can offer a customer may rest in the refusal to take a first look at face value.