This website requires certain cookies to work and uses other cookies to help you have the best experience. By visiting this website, certain cookies have already been set, which you may delete and block. By closing this message or continuing to use our site, you agree to the use of cookies. Visit our updated privacy and cookie policy to learn more.
Home » HVAC Trade Schools Continue Under Shutdowns
NewsTraining and EducationCoronavirus CoverageTraining and Education for Teachers and Students

“Essential” designation has potential to draw new talent to the field

Across America, colleges and universities have had to make tough decisions about how to keep students safe and remain financially viable during COVID-19. For some disciplines and courses, moving classes from a lecture hall to online has provided a workaround. But what about disciplines like HVAC, where mastering the hands-on component is just as significant as learning theory from a textbook or lecture?

Some HVAC schools went online during shutdown, and others opted to operate at a reduced capacity. Either way, the consensus was clear: Students who joined a trade to work with their hands still want hands-on learning.

When Mid-State Technical College in Wisconsin had to shut down midway through the semester, all classes went fully digital. Most of the online learning was kept synchronous, meaning students retained their class times and the same Blackboard Collaborate online learning technology to which they were accustomed.

Theory-based classes were easy to shift online, said Ben Nusz, campus dean of the college’s Stevens Point campus. Hands-on classes were more of a challenge. Take, for example, the air conditioning fundamentals class Nusz teaches, where students learn how to evacuate and charge a system with refrigerant. Under normal circumstances, students would watch Nusz present on and demonstrate a procedure, and then would practice the procedure themselves. 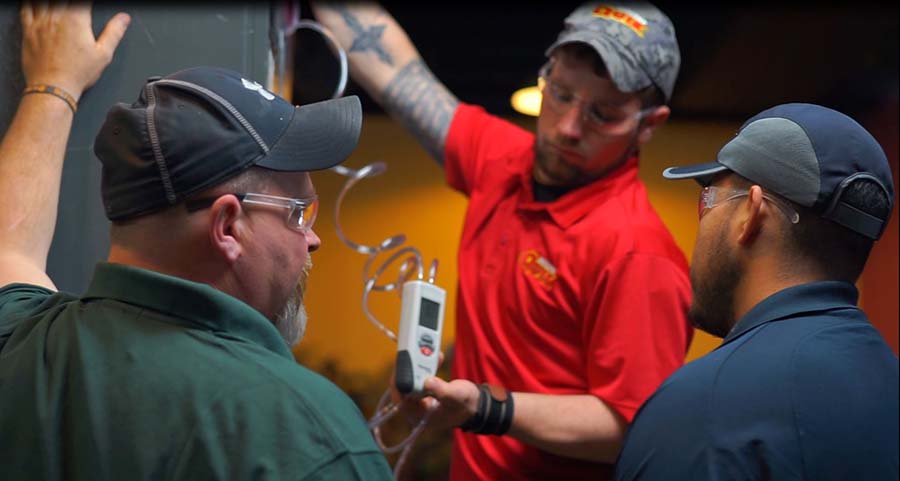 “If we had 20 students in a classroom, some students didn't always have the best view, and they only had one crack at seeing me do it,” he said. “If they miss something, they didn't really have an opportunity to review that. What we found is that students ended up with a better understanding from the [video] demonstration because those guys could watch it multiple times.”

What did have to change was assessment. Normally, Nusz would have a student hook up the equipment while talking him through the process.

Still, some classes — like soldering and brazing — were put on hold until classes could be held in-person again.

“These are both refined skills, and you are testing not just their knowledge of how to do it, but sensory motor abilities and precision,” Nusz said. “It takes practice.”

Mid-State Technical College retained all staff because even when everyone went home, the college was still working full-time.

“What is amazing is how quickly we were able to mobilize in the crisis, and it was really inspiring to see how everyone's stepped up,” Nusz said.

That included loaning out laptops to students and creating mobile hotspots in campus parking lots so that students in rural areas without internet access could participate in class calls from their car or truck. One textbook publisher made its online resources accessible via the college’s online learning platform.

Another major hurdle was having students get their EPA 608 certification to handle refrigerants. Normally, it’s taken online with an in-person proctor. ESCO Group, which administers that test for the college, added an option for instructors to do one-on-one remote proctoring

Mid-State Technical College returned to face-to-face classes on May 18 with updated protocols. New procedures include reducing class size, reducing the number of stations in each classroom, and increasing cleaning.

“We've tried to shift towards minimizing the time that they're on campus,” Nusz said.

Instead of putting in a set number of hours in a lab period, students are now allowed to leave when they’re done and have displayed competency. In addition, students are now assigned a toolkit that will be theirs for the rest of the class period, and they are in charge of cleaning it.

“In many ways, [the pandemic] has allowed us to reinforce safety principles on a new level,” Nusz said. In addition to OSHA and occupational safety, “this just adds a new layer that makes students aware of their own health and the health of others and maintaining a professional attitude. It's really allowed us to reinforce our primary competency to be good professionals.”

Nusz said Mid-State Technical College still prefers hands-on learning because students choose the trade school specifically to work with their hands. Still, the skill of learning remotely has a place in an HVAC tech’s (virtual) toolbox.

“We have oftentimes had students that say ‘I can't learn online’ and they've proven themselves to be successful,” he said. “Moving forward, a lot of professional development in the industry is webinar and online based. I really feel that we've prepared them for success for the future.”

Taking Advantage of the Opportunity

Unlike larger trade schools and colleges, Perfect Technician Academy in Weatherford, Texas, didn’t have to shut its doors. Class size is already deliberately small: between 10-14 students per faculty member for a six-week intensive program. 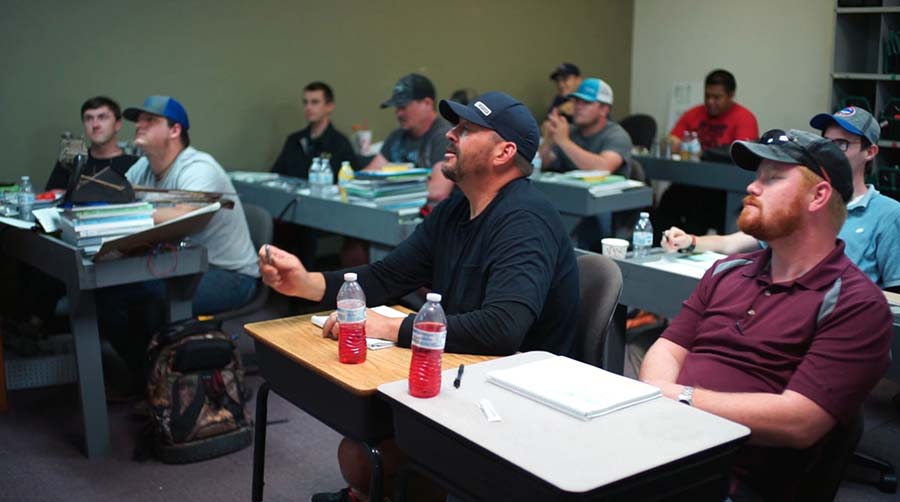 “We're licensed at 20 per faculty member, but our primary concern or main objective is to give the students as much knowledge as we can so that when they leave here, they're prepared to function,” said Brett Hobson, president.

To comply with the governor’s executive order, the academy simply divided up a couple classes and finished up classes that were already in progress.

Perfect Technician Academy didn’t bring in new students for about six weeks and chose not to put classes online.

In the interim, the academy has been renovating its building to double its student capacity.

“The square footage is the same; we just reorganized it where it was a much more efficient use of space,” said Moorman.

“Our marching orders internally are, we want the guys to have as much hands-on experience as possible,” Hobson said. “We used the time where we couldn't have students and we had a meeting and said ‘What can we do to change?’ The biggest thing that we came up with was ‘Let’s have more capacity in the lab’ so everybody has their own individual unit to work on. We took that time where we kind of had a recess, and we utilized that to make the business better coming out of it.”

Despite the closures across the country, Moorman said Perfect Technician Academy has seen a flood of applications throughout the COVID-19 period.

“You think that people are a little hesitant, but the reality is, a lot of people are eager to get back into the workforce,” he said. “That's one of the reasons why we expanded labs — there's going to be a lot of people looking for stable employment, and when they see that this is an essential service, it opens that door.

“The term essential service … it's not something we ever really talked about until the pandemic,” he continued. “And now I think that is one of the greatest selling factors to bring people into the industry: Even when there are difficult times, you're always going to have the opportunity to work.”