16 Questions (and Answers) About PPP Money and HVAC Contracting

The picture regarding loan eligibility, personnel thresholds, and spending rules is clearer than it used to be

Two large bills, one creating the U.S. Small Business Administration’s Payroll Protection Program (PPP) and another to replenish its funds, have left plenty of room for questions or confusion among business owners since becoming law.

The speed of the legislation, the scope of establishing such a large program, and the standard process of subsequent agency-level interpretations all made user questions and the need for further guidance a predictable, if uncomfortable, part of the process.

In recent weeks, the federal government and HVAC industry resources have provided updates and insights regarding many contractor-relevant PPP-related questions, including the following.

What’s with the thing I heard about PPP money raising my taxes?

This is probably the most discussed piece of post-PPP guidance to date. The truth is a little more involved, and the situation is likely to get better for PPP recipients. This topic revolves around the traditional prohibition on “double dipping” from the tax deduction well.

As advertised, the forgivable PPP loans arrive tax-free. Right now, the recipient will spend at least 75 percent of that on payroll to qualify for loan forgiveness. 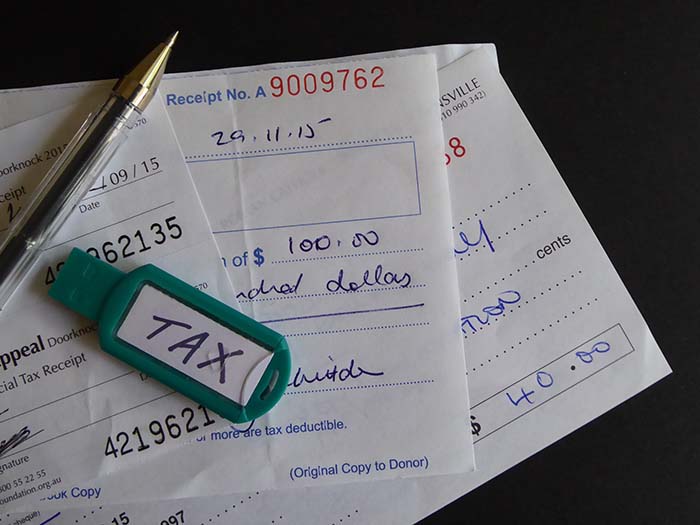 KEEP THE RECEIPTS: Current IRS guidance says contractors who take tax-free PPP loans cannot also then take typical tax deductions for business purchases made with that money. That ruling is widely expected to be superseded, whether by IRS reversal or subsequent legislation.

Many spend some of the rest on business-related purchases that would typically be tax deductible. Because these purchases are made with money that wasn’t taxed on the front end, IRS Notice 2020-32 (PDF) followed traditional protocol and advised that businesses can’t receive a double benefit by also taking a tax deduction on those purchases.

A retirement fund analogy would be if a worker got to invest their money tax free as with a 401k, but then also got to take out principal upon retirement without paying taxes on it, as with a Roth account. People understand that avoiding taxes on both ends goes beyond the intent of the government’s retirement investment incentive.

However, the PPP incentive is more immediate than that — it is built to keep businesses afloat, payrolls intact, and spending as close to normal as possible during an economic shock. A host of representatives and officials involved have gone on the record to clarify that they did not intend business purchases made with PPP money to be any less deductible than they would be otherwise.

As ACCA’s Barton James wrote in a letter sent to Congress, the current Treasury Department interpretation “is contrary to the purpose of the CARES Act, which specifically states any amounts forgiven by a PPP loan ‘shall be excluded from gross income.’”

Will that change, and if so, when?

Pressure to allow the deduction/expense double-dip in this one case has emanated from Republicans and Democrats in Washington and industry groups like ACCA. Expectation is widespread that the current IRS ruling will be reversed, either by a subsequent IRS statement or by later PPP legislation. Nobody knows when. The IRS could reverse it tomorrow or next month. Or perhaps not at all, as unlikely as that seems.

In the meantime, keep those receipts.

HARDI held a member webinar on various PPP issues in May, featuring HARDI CEO Talbot Gee; Alex Ayers, HARDI director, government relations; and Ryan Ellis, who is a tax preparer with the highest IRS credential of Enrolled Agent as well as the president of the Center for a Free Economy.

The webinar featured member questions submitted in advance. Here are a few questions with Ayers’ and Ellis’ answers, paraphrased.

(Both HARDI and The ACHR NEWS remind business owners that this input is no substitute for consulting tax and accounting professionals about individual situations.)

Do you qualify for a PPP loan if you have the liquidity to support operations?

The latest regulation “suspends the ordinary requirement that borrowers must be able to obtain credit elsewhere.” Thus, having an existing line of credit does not disqualify owners, and owners are not expected to exhaust an available line of credit before pursuing PPP funds.

Can I use PPP funds to pay commission that would have been but was never earned due to COVID-related slowdown?

Technically, no. However, one workaround might be a “hardship bonus” for employees who did the usual work but whose income suffered as sales dropped off.

That suggestion may raise an eyebrow at first, but the PPP’s primary concern is to maintain employment and employee income within reason, whether that income is structured exactly like it was before or not.

PPP funds are contingent on not losing employees. If I try to bring an employee back that I had already laid off and they decline, will I get penalized?

No. If you can document that you made the offer in writing and the employee declined, that will not count against the PPP loan forgiveness threshold.

Hiring a new person at the same wages would further cement the owner’s protection on that front.

This sounds complicated. If I am on the fence, should I get involved with PPP funding or not?

Ellis acknowledged the bureaucracy involved but told members that in a severe circumstance like this, “the worst thing you can do is nothing, and your default really ought to be PPP.”

What if I lose an employee through no fault of my own?

In what Ayers described as an “anticipated exception” on the HARDI website, the SBA will not count a loss against an owner if the employee was fired for cause, asked for a reduction of hours, or resigned.

How about other business-related leases that are not payroll?

In that same post, Ayers reported that the SBA has “expanded rent and lease forgiveness to include any equipment classified as personal property, or by IRS definition Section 1245 property. The classification of equipment includes vehicles, forklifts, photo copiers, and other leased equipment.”

The key is that any lease in question is business related.

On May 13, the federal government issued an updated Frequently Asked Questions sheet (PDF) for PPP loans and usage. The next questions represent a selection of contractor-relevant issues raised and discussed in that FAQ.

Are there limits on how much PPP money an owner may spend on executive or other high-compensation salaries?

Yes. “Payroll costs” include a cap for any particular salary in excess of $100,000 per year, which would in reality be prorated down to the eight weeks of the loan’s timeframe for expenditures.

However, that cap does not apply to non-cash compensation such as health insurance premiums, any taxes the business has paid for the employee, or standard retirement plans.

Can PPP funds be spent on sick leave?

Yes. Several types of leave fall under payroll costs. However, owners should remember that the Families First Coronavirus Response Act, passed earlier in the year, already provides a credit for a few types of COVID-related leave. In those cases, owners would take that credit and not involve PPP funds.

Are business owners with a felony conviction prohibited from the PPP program?

Not entirely. Regulations do exclude those currently on probation or parole, or indicted, along with those who have been convicted of a felony (among other related statuses) within the last five years.

However, even then, the owner in question must own at least 20 percent of the business for that business to become ineligible for PPP funding.

What timeframe should I use to determine my employee count and payroll costs?

The SBA is succinct here: “In general, borrowers can calculate their aggregate payroll costs using data either from the previous 12 months or from calendar year 2019.”

What if my PPP loan happened before some of this subsequent guidance?

Borrowers are fine as long as they were within the laws and regulations at the time of the application. If an application is still in progress, businesses “may revise their applications based on clarification reflected in these FAQs.”

If I take a PPP loan, am I going to get audited?

Of course, a lot of things beyond the PPP program could factor into an audit decision. However, updated SBA guidance clarified that it will assume that all applications leading to PPP loans of less than $2 million dollars were made in good faith.

The SBA cites a few rationales for this policy, including the presumption that borrowers of comparatively smaller loans have less access to outside credit and the reminder that those are the businesses at the heart of the PPP’s intent, needing help in a more time-sensitive fashion.

The SBA expects to focus the bulk of its reviewing resources on recipients of the larger loans.

Will there be another round of PPP funding?

Maybe. The Democrat-majority House passed a large, long HEROES Act bill in early May. Its price tag and wide scope of spending guarantees that Senate Republicans will not consider that version as it stands.

Senate movement would require negotiations with House Democrats. Even if many of the House provisions are nonstarters on the Senate side, leaders might find common ground on some of these items — if the Senate even considers additional funding. With current PPP funding lasting longer than expected and a Republican reluctance to sign off on state and local funding put off during the previous bill’s negotiations, Senate Leader McConnell has indicated that a more likely near-term outcome may be a smaler bill of only PPP adjustments.

What is your sense of how many contractors have not applied for PPP funds because of uncertainty over some aspect of the loans, eligibility, terms, or regulations?

James did not think that procedural rules or uncertainty have played a substantial role as a deterrent. It is more likely, he said, that a given nonparticipating contractor trying to get through this period is simply reluctant to take government money, no matter the circumstance.

However, James followed that assessment by noting that in good times and bad, contractors do have to operate in a market environment.

“If someone else is getting that [funding] that you are foregoing, you’re still going to be competing with them,” he said. “At some point, you have to weigh that, too.”