Resilience, flexibility to be key in future building design

Percentage of organizations that will increase investment in energy efficiency, renewable energy or smart building technology over the next 12 months 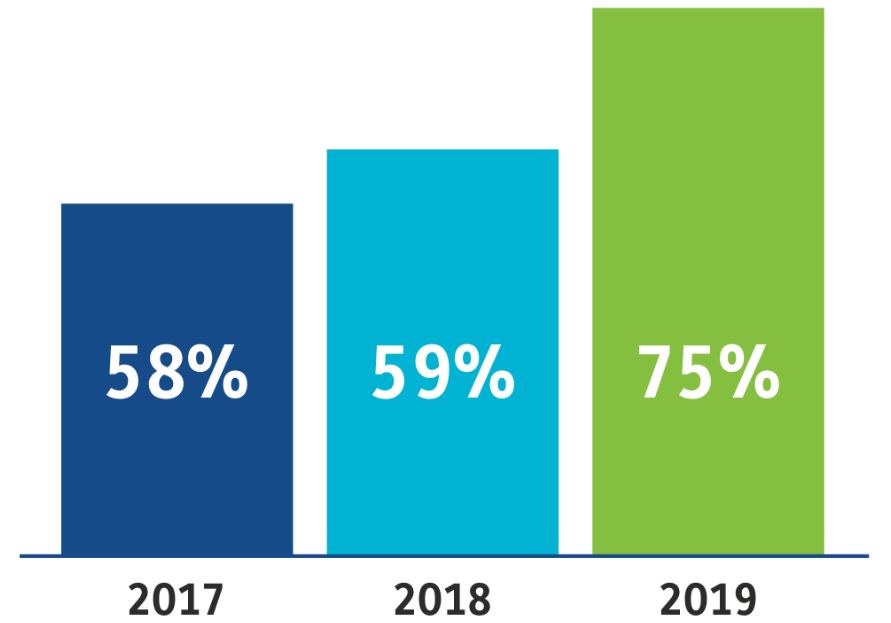 In the U.S., investment in energy efficiency, renewable energy and smart building technology is expected to increase significantly next year.

Granted, there’s a caveat. The annual survey, now in its 13th year, was conducted in November-December 2019, prior to the widespread outbreak of the global COVID-19 pandemic.

“At the end of the year, there was maybe an inkling of something strange going on in China, but it really wasn't top of mind during the survey, and the results were really, really positive,” said Clay Nesler, vice president of global sustainability and regulatory affairs at Johnson Controls. “About three-quarters of organizations planned to increase investment in the next year, which is sort of an all-time high. The highest country was Germany, and then the United States was 75 percent (PDF).”

Energy cost savings, energy security, and carbon reductions are the biggest drivers of investment among organizations in the U.S.

IoT, cybersecurity, and data analytics/machine learning are expected to have the greatest impact on smart building investments in the U.S. over the next five years.

Smart building technology again showed increased investment, with 70 percent of organizations invested in building control improvements, the highest percentage of any measure and an increase of three percent from the previous year. Data analytics, IoT, and cybersecurity were predicted to be the most impactful technology trends on smart buildings over the next five years.

Despite the pandemic’s yet-unknown impacts on society, Nesler remains optimistic.

“Although we are in a very different environment than we were when the survey was fielded, we do see commitments to energy efficiency as promising and hope when the economy rebounds, these investments will come to fruition,” he said. “When we fielded this survey in 2010, we found that the economic recession had a surprisingly limited impact on energy efficiency investment.”

At the time of the 2010 survey, people were very concerned with energy prices; 64 percent of participants thought energy prices would rise that year, and they thought the mean estimated increase would be 9 percent.

“A lot of people thought, ‘It’s just a matter of years now before everyone will have mandatory climate change legislation,’” Nesler said. Energy efficiency, versus renewable energy or green power, was the top strategy noted at that time.

When the survey was fielded in March-April 2010, almost a year had gone by since the passage of the American Recovery and Reinvestment Act.

“The interesting question will be, will we in fact follow the 2009-2010 period in investment efficiency, and how important will government stimulus be in driving that,” Nesler said. “We had about $20 billion invested in energy efficiency, back in 2009, as part of ARRA — everything from weatherization of homes to conservation black grants to cities and communities, state energy programs, distributing money for public buildings, rebates on energy efficient appliances, tax credits … There were many, many policies that infused a lot of money into the market back in 2009.”

Nesler said there are plans to do the next EEI survey earlier than normal and see what respondents are saying six months into the COVID crisis.

“Now we have a negative price for a barrel of oil,” Nesler said. “I guess the question is, was investment [in 2010] up because of those incentives, or was it up because the price of energy was increasing and they wanted to save money?” 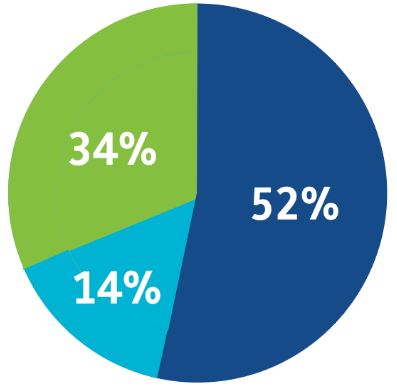 Percentage of organizations with goals for energy and/or carbon reduction.

Percentage of organizations that will increase investment in energy efficiency, renewable energy or smart building technology over next 12 months.

37% No goal for energy or carbon reduction

80% Internal or public goal for energy or carbon reduction

U.S. organizations that have goals for energy and/or carbon reduction are more than twice as likely to increase investment next year.

In the pre-COVID survey scenario of late 2019, sustainability issues continue to drive investment in building technology around the world. Nearly three-quarters (73 percent) of respondents noted that greenhouse gas footprint reduction is extremely or very important, up from 71 percent last year. Green building certification continues to grow, with 76 percent planning to achieve voluntary certification, compared with 58 percent in 2018.

Nesler said this is a significant jump in a category that had “kind of plateaued” recently.

“What we found interesting was that for a while, net zero or near zero energy — carbon-positive buildings — was what had increased a lot,” he said. Net zero energy building was “the bright shiny object in energy efficiency,” he said.

This year’s results show an about-equal increase in the number of organizations that plan to have a net zero building as a certified green building.

Interest in achieving green building certification and leasing space in green buildings is increasing among U.S. respondents to the EEI survey. 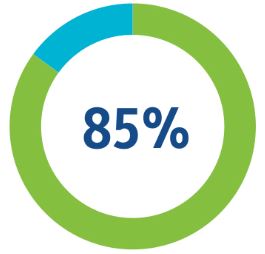 Increase of 13% on last year 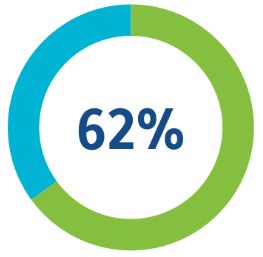 Leased Space in Green Buildings
U.S. respondents that are willing to pay a premium for space in a certified green building

Increase of 18% on last year

“Which is kind of surprising, considering how challenging it is to achieve a net zero,” Nesler continued. “The research suggests organizations that have aspirations to be sustainable … want at least one certified green building. They want to rent space in a green certified building, and they're willing to pay a premium. They're very interested in achieving the highest levels of sustainability through zero or near zero buildings. And they want their facility to be resilient and be able to operate off the grid.”

The EEI survey defined building resilience as facilities that can remain operational and power themselves despite severe weather events and natural disasters like hurricanes, flooding, forest fires, and earthquakes. Many of these facilities make use of solar energy, combined heat and power, and energy storage.

“Resilience is really investing in the infrastructure of a building to make it healthier and safer for occupants under extraordinary circumstances,” Nesler said.

Resilience is becoming a bigger priority, and it’s something Nesler anticipates will continue as the economy rebuilds. When making energy and building infrastructure investments, the vast majority (82 percent) rated it extremely or very important. Germany, Japan, and the U.S. are the countries placing the highest priority on resilience.

“With an increasing frequency of severe weather and, in some cases, severity — you know, having hundred-year floods every three years — I think it'll get a little bit more attention,” he said.

COVID-19 has introduced another term that may soon be heading for the building lexicon: flexibility. When the pandemic hit, tents were put up next to health care facilities. Convention centers, arenas, and even dormitories and hotels were converted in order to create as many critical care beds as humanly possible, not knowing how big the peak would be.

“That was exactly what you should do,” Nesler said. “But not all those facilities are ideal. I think there's a real opportunity, as we go in and improve the infrastructure of our facilities, to do it in a flexible way that can accommodate a variety of different disasters. In a scenario like the virus, you might want to dramatically increase the ventilation to the space. In other situations, like a wildfire, you might want to turn off the ventilation. In some cases, you're going to want the ability to quickly retrofit a room with HEPA filtration and change the airflow. So I think one of the words we're going to hear more and more about is flexibility.”

Plus, he added, buildings are going to be a little different in the future, when people go back to work in office buildings.

“[People are] used to sitting right next to each other to improve collaboration, but collaboration is kind of the opposite of social distancing,” he said. “When people work different shifts, when spaces are less densely occupied, when more and more work is done remotely … that's going to have a profound impact on the heating, cooling requirements, ventilation requirements, security requirements. And I think the implications could be huge. In the good old energy efficiency days, you’d do an LED lighting retrofit, upgrade your HVAC equipment — single measures type of stuff. I think we need a more systematic and integrated approach to really address these things together.

Organizations investing in the next 12 months

Energy-focused educational programs, HVAC, and building controls are expected to be the biggest U.S. investments in the next year.

“And the good news is, what you do to improve safety and health could be efficient, could make the building more resilient. You could get a lot of cool benefits through a more comprehensive, thoughtful renovation of existing buildings or the design of new buildings.”