The Top Benefits of High-End HVAC

“Can high-end HVAC really be that much better than my normal furnace and air conditioner?” the homeowner asks.

Consumers are becoming increasingly expectant of remote connectivity. And this affects the HVAC market as well.

According to Bill Butler, vice president of engineering, White-Rodgers at Emerson Commercial and Residential Solutions, one of the top benefits of high-end HVAC is its intelligence.

Discussing Emerson’s Sensi Predict HVAC maintenance services, Butler explained that these “monitoring and prediction engines” can track energy usage and operating performance of equipment. Then, high-end sensors can upload this data to the cloud for data analysis, examining the equipment and making predictions about the equipment’s health.

“For example,” he said, “if we determine that your coil is starting to freeze or your compressor is declining in performance, it will give you an alert that ‘Hey, your system needs to be serviced right away.’”

Plus, it can aid with diagnostics.

“It can give you some very specific guidance as to what is broken and the best service approach to getting the system operational again,” Butler added. Even during installation, a high-end smart maintenance system can give an immediate assessment of whether the equipment was installed correctly and operating at its promised performance level, he said.

High-end equipment, such as residential furnaces, is known for operating efficiently and providing comfort. Tacking on high-end smart maintenance will only add to these benefits, according to Butler.

“In addition to connectivity,” Tasker said, “high-end heating solutions feature modulating burner designs, which continuously adjust heating levels in small increments to match the demands of a space as it changes throughout the day and season for maximum efficiency in the winter months.”

By continually adjusting the amount of heat being produced, a modulating piece of equipment like a furnace or heat pump will not need to blow at full speed on a mild day. This results in energy savings and increased comfort, as such modulation can keep temperature within 0.2°F of setpoint, according to Tasker. And with lower blower speeds, the machine will have quieter operation.

“Homeowners may not be aware when the system is operating, but they will be aware that they are always comfortable,” he said. 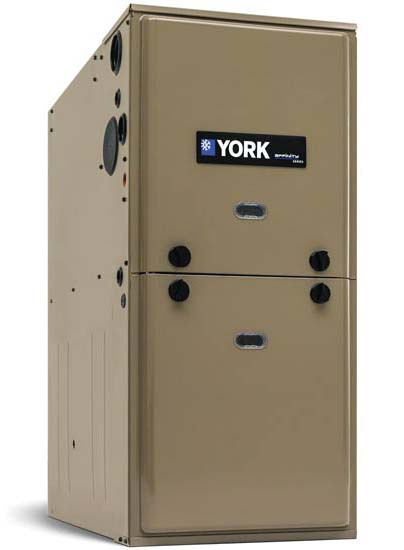 Some high-end furnaces, like the YORK Affinity YP9C Modulating Gas Furnace, are up to 98 percent efficient, according to Tasker. This means that the heat being moved is directed more fully into the conditioned space, as opposed to being vented out of the flue pipe.

Higher-end equipment means increased cost, but Tasker suggests that some homeowners who aren’t willing to purchase a fully modulating system may be interested in two stage-furnaces. With modulating equipment, if a homeowner is replacing a furnace that is 15-20 years old and 60 percent efficient with a new 97 percent efficiency furnace, the payback may be in the range of five to seven years, he said.

“Homeowners should remember that they will be spending those years enjoying the benefits of a high-end heating solution with lower operating costs,” he added. Those lowered utility costs can be an important selling point for consumers. Plus, a higher efficiency also results in the homeowner knowing that they have a piece of equipment that is more environmentally friendly. 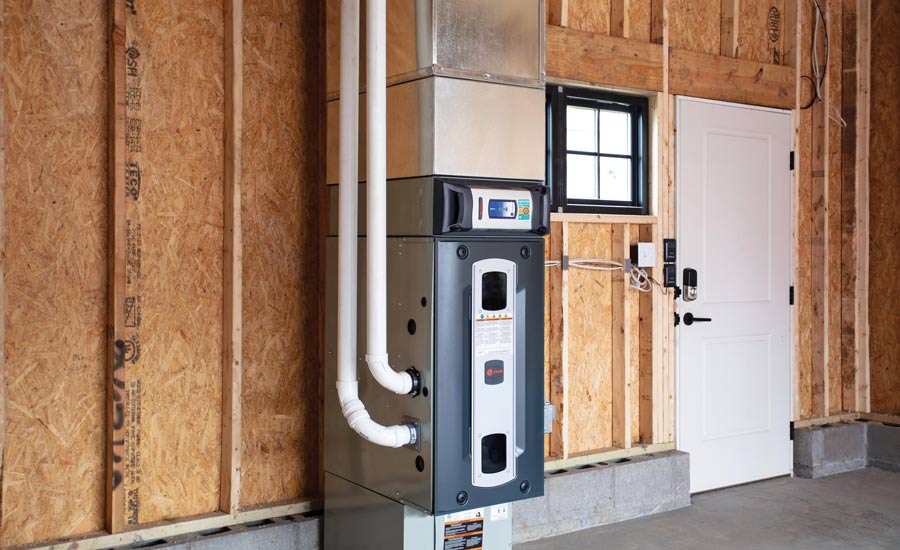 READY FOR WINTER: A Trane S9V2 Gas Furnace, paired with the CleanEffects Air Cleaner, is ready for operation.

According to Tim Storm, product manager – Trane residential, contractors need to make sure that if a piece of high-end equipment is installed, it has the ductwork to support it. A proper system of airflow is critical to allowing a customer to experience a high-end benefit like zoning.

“The ultimate premium system, in my mind, is a variable or modulating capacity system that can vary the capacity of the system when you’re in heating … can do the same thing for cooling, and then also manage the airflow through the ductwork where it’s needed,” he said. Other ductless solutions can also help solve temperature issues that involve a single room. As one of its own high-end products, Trane offers the XC95m variable speed gas furnace, with an AFUE of up to 97.3 percent.

Of course, a high-end piece of equipment can have all of the benefits in the world, but if nobody purchases it, those benefits won’t be realized. Storm explained that one of the hardest obstacles for contractors to overcome is the price increase from base-level equipment to high-end. Those purchasers rarely regret investing in better technology, but if they have never experienced high-end heating/cooling before, they will have a hard time imagining the radical change it can bring.

Part of this, Storm said, is not prejudging the equipment that people will be willing to buy. He said that his company has had people purchase their equipment for use in a mobile home or manufactured home. Immediately assuming that this person could not afford high-end would have eliminated both a chance for higher profit and the best comfort solution for the customer.

The second part of ensuring people realize the benefits high-end brings is taking the time to explain exactly how great the improvement high-end is from a standard piece of equipment. (To answer the homeowner question from the beginning of this article: “Yes, it can be that good.”)

“They can’t realize what the comfort benefit will be, and therefore sometimes that prevents them from moving up into the higher system, which can provide the better comfort,” Storm said, “but there’s no way for them to understand the benefit because they’ve never had it or sensed it before.”

Storm likes to use the analogy of a car on a hot day. At first, drivers will turn the air conditioning as cold as possible, point the vents towards them, and roll the windows down. As the car cools down, drivers will roll the window up. Then they might turn the a/c down a bit or point the fans away from them. Eventually, the air conditioning is on the lowest setting needed to maintain the temperature, the windows are up, and the vents are pointed away.

“That’s what variable speed does for you,” he said. Airflow, speed, temperature — they are all being controlled automatically, doing the same thing the driver does manually in the car. And it’s doing it efficiently and quietly.

“The premium system is providing the best technology to provide the best indoor air comfort in the home,” Storm said.