Congress’ habit of making a legislative mashup out of seemingly disparate issues can result in strange bedfellows keeping tabs on a bill’s progress. That is what has happened with H.R. 3301, the Taxpayer Certainty and Disaster Relief Act of 2019.

H.R. 3301’s disaster relief element is self-explanatory after flooding and other damage around the country earlier this year. But with provisions in the bill that would extend some tax breaks and shorten others, the legislation has generated an unusual mix of support and objection from HVAC groups and other industries.

HVAC association interest in the bill centers around its proposed revisions to the estate tax, although H.R. 3301 does include some tax break “extenders” related to energy-efficient construction as well. Other groups representing railways, distilleries and breweries, and utilities are monitoring the bill for specific language that speaks to their own respective tax interests.

Before the Tax Cuts and Jobs Act of 2017 (TCJA), an individual’s estate could be valued up to $5.5 million dollars before it would be subject to any estate tax. The TCJA roughly doubled that exemption (aka a “unified credit”), so that from enactment through 2025, an estate must exceed roughly $11 million before it would owe any estate tax on its additional worth. The exemption’s exact amount is pegged to inflation and thus has ticked upward over the last couple of years, most recently landing closer to $11.4 million.

What the bill now proposes is to pull that expiration date closer, ending instead at the start of 2023 — at which point the individual estate tax exemption would revert to its previous $5.5 million threshold (unadjusted).

Then there’s the matter of the tax rate itself. The current rate on an estate’s value — starting with the first dollar beyond the exempted amount — is currently 40 percent. (Contrary to occasional public comment from politicians and others, no estate is taxed at 40 percent.)

Both the exemption level and the estate tax rate have served as political footballs over the years. As political winds and majorities have shifted, the number of estates subject to paying estate tax has fluctuated. The tax obligation a given estate might face has shifted, too, depending on the timing of an owner’s death and the tax code at that moment.

The estate tax tends to pose the biggest threat of disruption or even forced sale for family-owned multimillion dollar businesses. Because fixed assets and inventory count toward this worth, the nature of the distributor side of the HVAC industry makes it more vulnerable than the contracting side.

Palmer Schoening, HARDI vice president of government affairs, confirmed to The ACHR NEWS that the association opposes the Taxpayer Certainty and Disaster Relief Act on the basis of its estate tax provisions. Along the same lines, HARDI supports a different standalone bill (H.R. 218, “Death Tax Repeal Act”) proposed by Rep. Jason Smith (R-Missouri), which would repeal the estate tax in full. That bill has attracted more than 110 co-sponsors in the House, including two Democrats.

In discussion about the rise and fall of exclusions and rates over the years, Schoening said that roughly 2,000 estates are currently subject to paying any estate tax, as opposed to closer to 55,000 under one of the previous sets of rules. Under H.R. 3301’s terms, that number would rise again, possibly by a few thousand.

Schoening pointed to ILLCO Inc., a distributor serving Illinois, Wisconsin, and Indiana. According to Schoening, ILLCO is around or just over the exemption at the moment, but if exemption reverts downward in 2023, ILLCO could have a big problem. 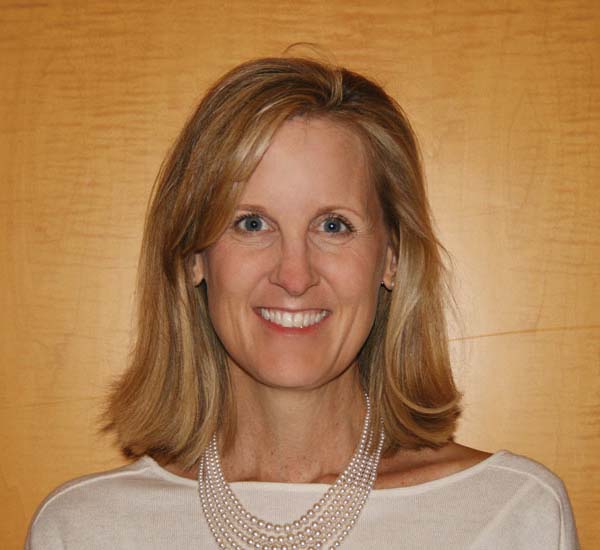 LEGACY IN PERIL: Karen Madonia, CFO of ILLCO Inc. in Aurora, Illinois, has spoken to Congress about how her father grew their business into a successful operation and how she sees the estate tax as a threat to his efforts.

The company’s CFO, Karen Madonia, has testified before Congress more than once in the issue. Part of her testimony has explained how her father dedicated himself to growing the company throughout her life. Employee ranks have grown from seven to over 100, locations have expanded to eight branches in three states, and annual revenue has reached $42 million dollars.

The question of how many HVAC-oriented businesses either face or would face actual estate tax obligations doesn’t lead to clear answers. Neither ACCA nor HARDI had such data for their memberships.

According to the Center on Budget and Policy Priorities (CBPP), a 2017 study from the Tax Policy Center estimated that the estate tax that year would involve around 80 estates that contain small business and small farms in the United States.

Given that number and the scope of family-owned businesses in the United States, it is uncertain if more than a small handful of HVAC-related businesses, if that many, actually pay any estate tax in a given year under either threshold. The same source projected that “those roughly 80 estates will owe less than 6 percent of their value in tax, on average.”

Americans For Tax Fairness, meanwhile, states that 1 out of 700 deaths results in estate tax paid, with an average effective rate of 17 percent.

While 6 percent is no small sum for a multimillion dollar company (much less 17 percent), other factors reduce the number of affected estates further. Owners can consider assorted arrangements regarding stock, trusts, individual gifts, and other accounting options to keep an estate beneath an exemption ceiling when the time comes.

An estate that does owe tax can typically “spread payments over a 15-year period and at low interest rates,” according to CBPP, an option designed to help estates avoid selling off a farm or company. 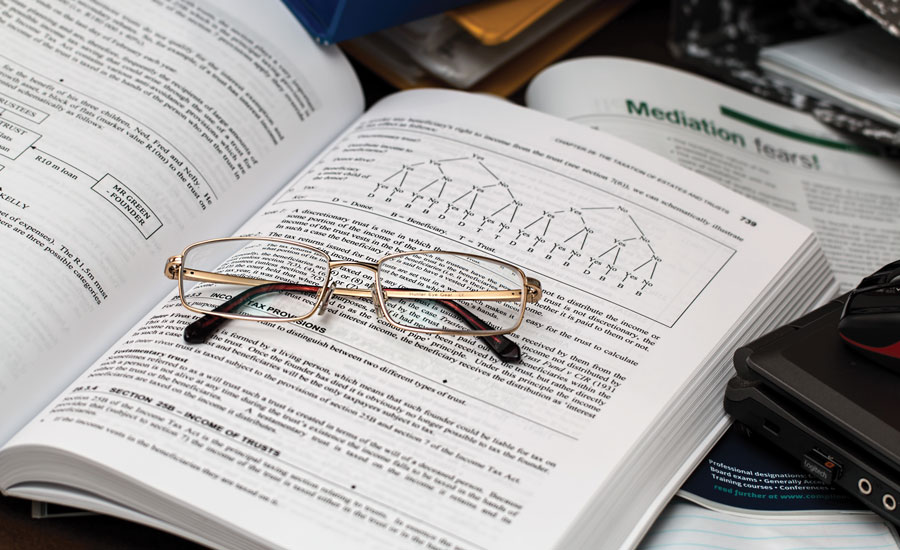 INDIRECT BENEFICIARIES: HARDI’s Palmer Schoening observes that as long as an estate tax is in place, a layer of accounting, insurance, and tax experts will enjoy a stream of income, even from companies who will owe no estate tax.

However, Schoening points out that those very tax-avoidance tactics reflect the hidden costs of the estate tax. Even for business owners who wind up never owing any estate tax, that accomplishment often requires time and money each year. Enlisting lawyers, accountants, and/or insurance and tax experts can run $1,000 an hour or more, according to Schoening.

A National Taxpayers Union 2016 survey of family-run businesses said that “owners reported spending 13 percent of their time on average in 2016 planning for the estate tax and ‘incurred an average of $74,940 in insurance for estate taxes, [and] an average of $170,800 in other estate tax planning costs.’”

Those numbers seem daunting. However, given the available data on who owes estate tax and how that likely translates to the HVAC industry in practice, industry attention to the issue may reflect more of a philosophical objection than anything else.

“That’s safe to say,” said Todd Washam, ACCA vice president of public policy and industry relations. “But it is very much a philosophical thing among small business owners.”

Recently, ACCA sent out a call-to-action email asking members to contact their representatives in objection to H.R. 3301. While the bill does not pose any threat to prized HVAC-expensing tax changes in TCJA, as the email implied, Washam wants to impress on members that H.R. 3301 could represent “a warning shot” that the TCJA’s tax cuts and changes are going to be seen as “the Trump tax cuts” and will be under attack from this House of Representatives.

Like HARDI, ACCA’s larger goal is a comprehensive estate tax repeal. Washam said this is another reason contractors should be involved with ACCA as “the only [contractor association] fighting for succession planning that does not involve giving money back to the government.”

One might look at the combination of measures as a House Democratic effort to show how they would pay for the disaster relief portion of the bill. Senator Rand Paul recently singlehandedly halted a bill providing support for 9/11 first responders, citing exactly that lack of information in its language as the sole reason.

However, attaching this sort of tax language to a disaster relief bill may also show, as Washam suggested, how serious the House’s majority Democrats are about rolling back aspects of the TCJA. While this version of legislative hardball does have a history in Washington, neither party would claim that the public in general approves of tying ideological policy objectives to a comparatively apolitical measure like disaster relief.

Given Republican control of the Senate and the White House, both House Democrats’ efforts and HVAC industry protests in this case may amount to a show of principles more than a meaningful outcome. Washam expects the current estate tax wording “is not going to make it to the president’s desk” if H.R. 3301 itself progresses that far.

The data scientists at Skopos Labs predict that the Taxpayer Certainty and Disaster Relief Act of 2019 currently has a 2 percent chance of becoming law. The bill did emerge from the House Ways and Means Committee in June but has yet to be scheduled for a floor vote.