The demand for more energy-efficient HVAC solutions isn’t going anywhere but up. And thanks to all of the recent advances in technology, the definition of comfort has been refined in such a way that people expect the homes or buildings they’re in to automatically sense their ideal temperature, adjust the system to match it precisely, and to do it without making an audible noise or creating a noticeable swing in temperature. A simple task for a magician, but there aren’t many of those in the HVAC industry. So how do contractors solve this riddle? Unfortunately, there is no silver bullet. But The NEWS recently went on the road to visit three contractors in rural Pennsylvania, and their answer: hydronics.

See what Anthony Tosco, owner of Avanti Plumbing, Heating and Cooling in Audubon; Dustin Ebersole, owner of High Efficiency Solutions in Lancaster; and Vince Youndt, president of Vertex Mechanical in Stevens had to say about this small but growing market segment. 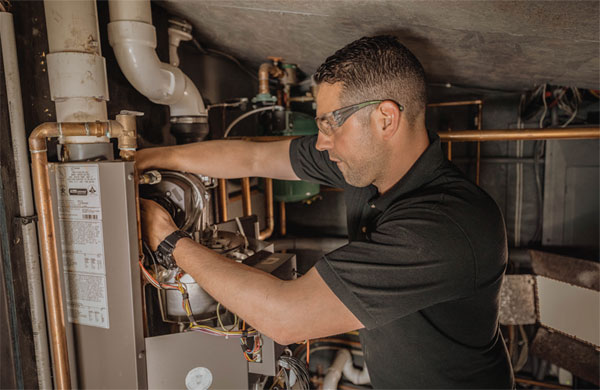 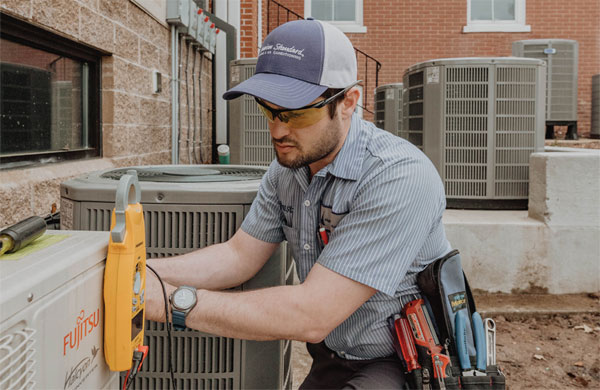 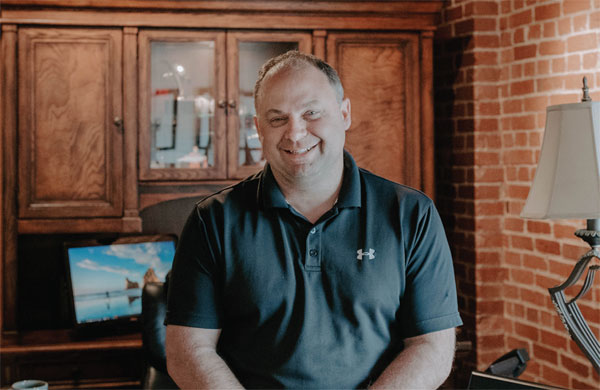 The NEWS: Talk to me a little bit about the hydronics market in general and why you chose to get into it.

Tosco: I guess what I really loved about it was how awesome you can make it look. I was taught by someone who is very meticulous when it comes to brazing and soldering. So, you know, you could really make hydronics look like a work of art. And I guess that’s what really sparked the interest. Plus, a little bit of being Italian — Europe is really into radiant heating and hydronics and boilers. And also, just knowing that not everybody does it … calling it a niche. It’s kind of become a lost art. I would say most would be the comfort though; you can just do so much, and water is so forgiving.

Ebersole: I think probably my first experience with hydronics was the house I grew up in had a boiler with slant-fin baseboards, so that’s the kind of heating I grew up with, and I liked it.

Youndt: The hydronics market is incredibly versatile in regard to providing for the customer. More and more people want to micro-zone for control, and hydronics allows for that better than air. So from a features standpoint, that’s the top one. There’s nothing more comfortable than that, so that’s always a good thing from the standpoint of the end results. And efficiencies with boilers are phenominal.

The NEWS: What changes have you observed over the years concerning the types of applications in which hydronic heating and cooling systems are installed?

Ebersole: I know for a long time, if you wanted to do domestic hot water with a boiler, there weren’t many manufacturers that would make a natural gas boiler that could do that. I think within my career, over the past 16 years, combi-boilers became a thing, and pretty much every manufacturer makes one that will do heating and hot water.

Youndt: One of the big technology changes is the fact that people are marrying this up with geothermal. So you take one of the most efficient methods of making any type of heat, and you are incorporating it with the most comfortable heat. Larger homes with high ceilings are energy hogs, and radiant in any fashion down in the floor is an incredible way to save money on ongoing costs.

The condensing boilers are getting smaller and better with faster reaction. That’s definitely that place where a lot of the action is happening. Variable-speed pumping is another incredible step we’ve seen over the last 10 years that is allowing more flexibility, better efficiency. Outdoor resetting is still improving.

The NEWS: Do you equate the increase in hydronic installs to an uptick in consumer awareness or advances in technology, or both?

Ebersole: I think it goes hand in hand — as the technology advances, consumers become more aware of it.

Youndt: Probably both; however, I am amazed at how few people are aware. I would say the No. 1 reason people are considering radiant and hydronics is from a comfort standpoint. When we start talking about all the fancy bells and whistles that come with hydronics, 95 percent just trust the contractor’s judgement on this.

The NEWS: What do you believe to be the biggest obstacle when it comes to selling hydronic systems?

Ebersole: If you’re doing it in a new house or a new business, a building that has no heating or a/c, most people are going to want a/c, so you’re putting in ductwork most likely. Which if you just put in a heating system that ties into that ductwork like a gas furnace, it’s not a huge upfront cost versus just a/c. But if they want hydronic or radiant in-floor, or cast-iron baseboards, slant-fin baseboards, cast-iron radiators, you have to put in a whole nother system for that. So that’s the big hurdle for most people.

The NEWS: How do you work to overcome the price resistance?

Tosco: I think it depends on the customer themselves and what they are trying to achieve. Typically, I’m trying to educate them on the pros and cons, because everything has pros and cons.

Ebersole: Sometimes you can’t. Sometimes it’s not worth it for the client to put in a boiler with hydronics. But if you have a client that wants it, you just lay out the pros and let them decide if it’s right for them.

I also have a spreadsheet that looks at cost per Btu, and I can compare natural gas, oil, and propane at different efficiencies, and I can estimate what it will cost to heat a house with different fuels. And from that estimate, we’ll look at what the return on investment payback would be.

Youndt: Showing payback costs is pretty easy to do with homes that have incredible energy bills. We also have many people who are tired of not being comfortable and are willing to spend the money.

The NEWS: When it comes to advancements in technology, what trends have you seen take off in recent years?

Tosco: I haven’t seen anything that’s super breakthrough on the hydronics side; I kind of feel like it’s not as popular. The efficiencies are increasing, but that’s across the board. Besides Wi-Fi and Modbus and modulating burners, the ratios are increasing. They used to be 5:1; now, we’re seeing 10:1. We’re seeing more ECM [electronically commutated motor] motors on pumps.

Ebersole: So it used to be just one stage; it was either running at 100 percent or 0 percent. And I think it’s a good thing, but everything seems to be becoming more and more variable speed. You can get two-stage systems or you can get equipment that will actually vary the Btu input and output based on outdoor air temperature, return water temperature, the temperature gap on the thermostat, stuff like that. The goal is to run that equipment as little as possible and cycle it as few times as possible, and it will give you more efficiency and give you more comfort … you’ll notice less temperature swings.

So ECM circulators would be one, modulating gas valves, combi-boilers. I think those are the three biggest changes.

Youndt: As mentioned before, boilers and variable-speed pumping have made hydronic systems state-of-the-art. And then there’s the incorporation of geothermal. That is kind of a new step where we’re heating and chilling water. We can’t do radiant cooling, so we don’t go for that here, but we will still use hydronics to heat and chill the water.

The NEWS: Based on personal experience and industry chatter, what trends do you expect to emerge in the near future?

Ebersole: I think it seems like everything will keep getting more efficient. Every so often, new standards come out where the minimum efficiencies are increased. You can’t get the lowest cost, lowest efficiency equipment anymore, so I think that’s been a trend that has happened in the past and will likely continue.

Youndt: A lot of that will depend on the energy market. Energy costs drive everything in that fashion.

Aside from that, remote accessibility and self-diagnostics are two things that are probably going to become something. With radiant, there’s a long reaction time — sometimes you don’t realize it’s an issue for 10 hours. To have systems that can call that out earlier, and notify the contractor before anybody even knows it, is going to be big.

The NEWS: How do you feel the industry is doing in terms of training when it comes to hydronics systems?

Ebersole: I think the industry — in terms of everything, not just hydronics — needs to do a better job with training technicians, and I think we need to do a better job of promoting the trades as a great option for people to get into. I think it seems like the younger techs who are coming in are more geared toward the easier stuff to learn, so air conditioning, gas furnaces, stuff like that. There has to be a huge demand for people who know how to work on hydronics, and I think the industry could do better at it.

Youndt: I think it could do better. I think there’s a really good reason why distributors are not training. I think there’s a couple reasons. No. 1 is the amount of companies that are actually really driving it is a little bit of a limitation. They are not going to put big classes together for one or two students. However I do think there’s some incredible people out there with a wealth of knowledge to share.