When the Balsan Group of Johnstone Supply purchased space in Waldorf, Maryland for its seventh branch office, Jerry McPeak, the group’s Technical Service Advisor, was charged with designing the HVAC system. The project included total renovation of two adjoining 55 x 100 foot spaces: one for the office, showroom and training, and the other for warehousing the company’s residential HVAC products.

McPeak’s first priority was determining what utility services were available.

“I did an initial inspection. One of the interesting things I saw out back, and thought odd, was a gas meter tree and lots of propane tanks,” said McPeak. The space was previously used for manufacturing and was heated with infrared units.

McPeak needed more utility specifics to move forward. However, the utility company required him to submit an application for service before they would provide the information.

“It was early October and crunch time,” McPeak stated. “The utility company still hadn’t gotten back to us yet. So I had to look for a standard solution but couldn’t find anything.”

McPeak did discover the building was piped and metered for propane. “But we didn’t want to be beholden to the propane company, so we decided on a variable refrigerant flow (VRF) system of heat pumps for the warehouse side.”

AN ASSIST FROM SALES 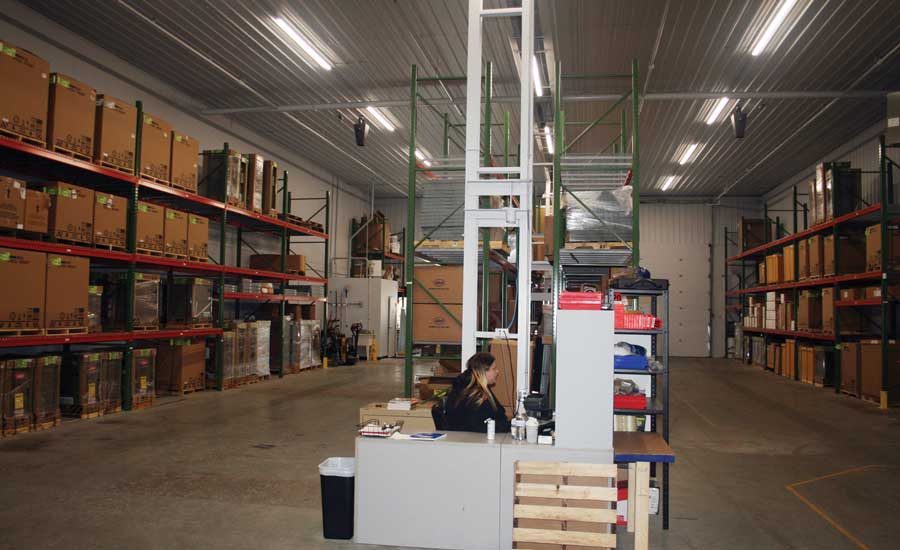 TWO-SIDED CHALLENGE: When the design’s available ceiling height lowered from 28 feet to 20 feet, floor-to-ceiling clearance became an issue with both moving air and leaving room for moving inventory.

Another configuration under consideration was air rotation using 20-foot diameter fans. But the fans brought floor-to-ceiling height down to 14 feet, not high enough clearance for a forklift driving around and accessing product in the warehouse racking.

Uyrich said to Delfis: “Because you’re residentially oriented, you probably are not interested in this new destratification fan from Tjernlund. They’re specifically designed to direct stratified heated air residing at high ceilings down to occupied zones in industrial and commercial buildings, while only using 30 watts per fan.

“At that moment, a light bulb went off in Frank’s head. He knew I was in trouble with the new facility and told Chris: ‘I’ll tell Jerry he needs to talk to you.’”

COMFORT WITH ROOM TO SPARE

There was enough data in the literature so McPeak could calculate how to deploy these fans and determine the maximum air rotation in the space. Because the mounted fans extend only 25 inches from the ceiling, over 18 feet of clearance was available for the forklift. Eight destratification fans were installed shortly thereafter. “Those fans solved my air rotation problem with the ceiling height being where it was,” noted McPeak. 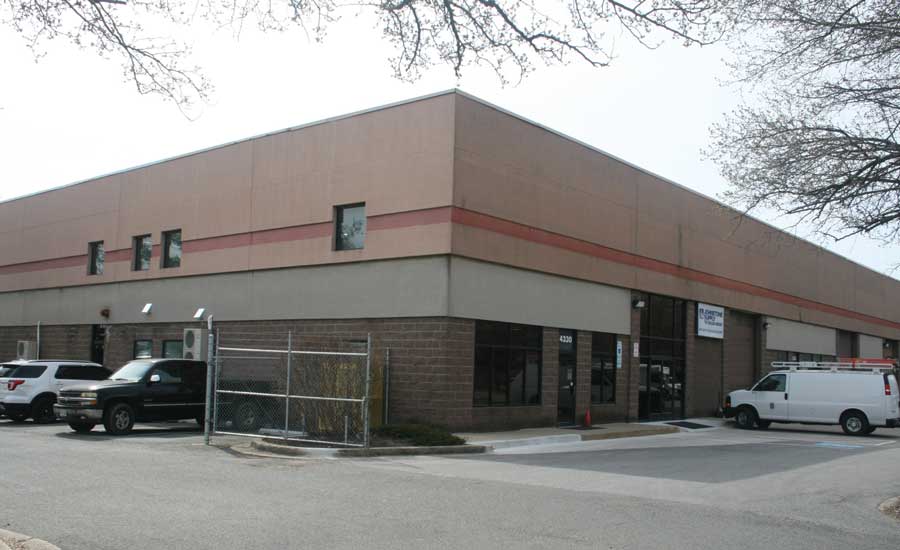 They are a zoned VRF system, much like a “mini split on steroids.”

The Waldorf facility opened for business on December 28, 2018.

McPeak, a mechanical technology engineer who considers himself a numbers guy, said, “The numbers are panning out on these fans. In fact, before getting our VRF system up and running, the Destrat fans were so effective that they enabled us to maintain a comfortable temp during November and December using just a portable construction heater.”

What’s more, McPeak pointed out how the black-finished Destrat fans blend in perfectly with the black showroom/office area painted ceilings.

“They are an efficient and non-obtrusive way to direct conditioned air down where it belongs and to minimize equipment cost.”