Coming from a comprehensive history of HVAC experience, Eric Knaak, vice president and general manager of Isaac Heating & Air Conditioning, has been elected incoming ACCA chairman. The Rochester, New York-based company has been his home since June 5, 1989, when he walked through the door and began a job that would turn into his career.

“I got out of the Marine Corps in 1989 and wasn’t sure what I wanted to do next,” Knaak said. “My dad had started at Isaac Heating & Air Conditioning in 1964, and he got me an interview with Jim Isaac, then president of the company. He didn’t get me the job. I was the one who landed the job.” 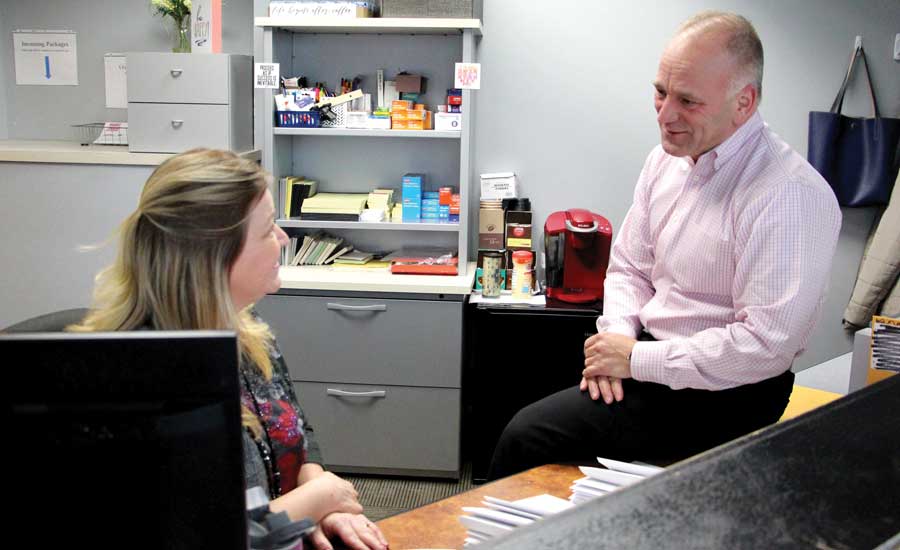 Knaak started in the new home construction sector, installing systems while he worked through a state apprenticeship program. In his 30 years at the company, Knaak used his training to move from new construction to warehouse manager, commercial installer, service technician, and then into the role of assistant service manager. Having found a place in management, his internal HVAC career only grew. His next steps took him from service manager to vice president of service to vice president of operations to vice president and general manager of the entire company, which is where he remains today.

“Once I got into management, Ray Isaac started presenting me with opportunities for further development,” Knaak said. “I joined the board at the local ACCA level in 2006, and I was on that board until 2013, which is when I joined the national board of ACCA. When the national board asked me if I would serve as chairman for 2019, once again Ray Isaac completely supported it.”

Ray Isaac is the current president of Isaac Heating &Air Conditioning, which has a long history of participation with ACCA, both at the local and national levels. Among other positions, both Jim Isaac and Ray Isaac have previously served as ACCA chairman.

“I’ve had a lot of opportunity here, which to me is awesome, especially the support in becoming ACCA chairman,” Knaak said. “Ray could have said, ‘You know what, there’s time away from work, there’s an expense for it … I’m on the board or I have been involved on the board myself, we’re going to hold off,’ but he didn’t do that.”

In fact, during a lunch meeting in February, Ray Isaac gave Knaak the green light to do what needs to be done. He encouraged him not to hesitate, reminded Knaak of his support, and said that he knew Knaak would take care of things both at the company and at ACCA.

“I’ve had a lot of opportunity here at Isaac Heating & Air Conditioning, and it’s been a tremendous ride,” Knaak said. “I enjoy the industry, but I love the people and what we are able to accomplish together. I have experienced tremendous mentorship, and I couldn’t have asked for anything more from the leadership of the company.”

“We’re a very fragmented industry in some ways, and what I want to do is to try to bring all that together — the resources, the knowledge, the opportunities — so that we can all take advantage of them and get better at what we do.”
—Eric Knaak vice president and general manager Isaac Heating & Air Conditioning Rochester, New York

As the new ACCA chairman, Knaak is excited to continue the work that the leaders before him have begun, as well as advance several goals he feels will positively affect ACCA members. One of his primary goals for the coming year is to increase collaborative efforts with industry associations like ASHRAE; Air-Conditioning, Heating, and Refrigeration Institute (AHRI); Heating Air-conditioning & Refrigeration Distributors International (HARDI); and Plumbing-Heating-Cooling Contractors Association (PHCC).

“Each one of us has much the same issues, challenges, and opportunities, and we are doing things in our own vacuum,” Knaak said. “We’re a very fragmented industry in some ways, and what I want to do is to try to bring all that together — the resources, the knowledge, the opportunities — so that we can all take advantage of them and get better at what we do.”

Another top priority both for Knaak and ACCA is to strengthen the voice of the contractor in the association. To accomplish this, ACCA is focusing not on what the industry thinks contractors need, but what its members actually say they need.

“I want to be sure that our members are being heard and that their needs are somehow being addressed,” Knaak said. “Whether it’s at a state or a federal level, we need to make sure that they are properly being represented.”

Last year, ACCA surveyed its members to find out what their wants and needs are. According to Knaak, the response level was strong. The association has taken what it learned from that information to develop a strategic planning process that will redesign the way ACCA works. The details will be covered during the ACCA convention.

“I’ve got one year to do what I can for the association,” Knaak said. “Steve Schmidt has done a great job of getting us into a position to move this association in the direction that we need to be. I’m a servant leader. I’m here to help shepherd us into that direction, and having our strategic plan, we now have a real road map and vision for what ACCA will be in the future. I’m excited to get this moving.”

With the changes ahead and the new work to be done, Knaak and ACCA are encouraging members, as well as others in the HVAC industry, to get involved in their profession at a level that goes beyond the day-to-day dealings. 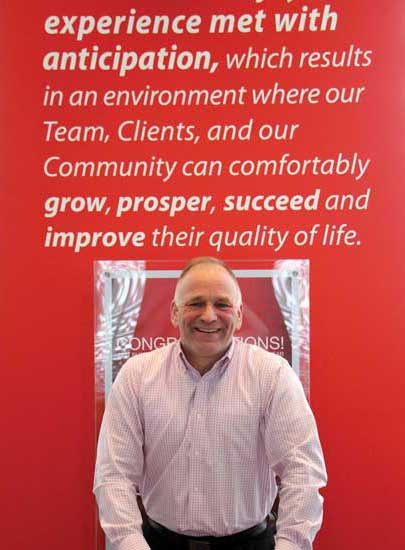 GET OUT OF THE BUBBLE: Knaak encourages every member of the HVAC industry to get out of their own bubbles and get involved in the industry beyond the day-to-day dealings.

“Get involved, get out of your own bubble,” Knaak urged. “Because if you stay in your own bubble, you never really have the opportunity to experience or realize what else is out there. Getting involved is a verb. It’s an action. It’s doing something. If someone has an interest in doing anything in ACCA, contact us. Let us know that. Maybe there’s a committee, a task force, potentially a board opening — there’s places where we can use their help.”

Being an owner of a company is not a prerequisite for involvement, as he has proved. And it’s not just for large companies, either. ACCA and Knaak are looking for every HVAC professional to take an interest in the voice of the industry.

“One of the things we have to be careful of as a board of directors is that we see things through our lenses, but we don’t always clearly see through the lenses that represent all the members of our association,” Knaak said. “We’d love to have people get involved, be they owners or not — small contractors and big contractors alike. We want to have those perspectives. It gives us better input and output as an association.”