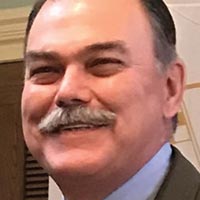 The National Institute of Building Sciences (NIBS) elected Dominic Sims, CEO of the International Code Council (ICC), to its board of directors.