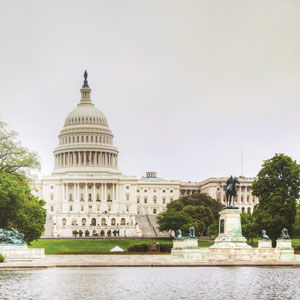 On Feb. 13, the U.S. House of Representatives passed HR 636, America’s Small Business Tax Relief Act of 2015, which would revise Section 179 of the tax code to make the expanded expensing limits of certain depreciable assets permanent while adding HVAC equipment to the list for the first time. The bill has received significant industry support from Heating, Air-conditioning and Refrigeration Distributors International (HARDI) as well as ACCA, SMACNA (Sheet Metal and Air Conditioning Contractors’ National Association), AHRI (Air-Conditioning, Heating, and Refrigeration Institute), MCAA (Mechanical Contractors Association of America), and PHCC (Plumbing-Heating-Cooling Contractors Association) among others.

Yet, despite receiving bipartisan support in both chambers of Congress last year as well as support from the HVAC industry and small businesses, the bill must pass the Senate and overcome a veto threat from President Barack Obama.

Introduced by Rep. Pat Tiberi, R-Ohio, and Rep. Ron Kind, D-Wisconsin, HR 636 would revise Section 179 of the tax code to make permanent after 2014 the $500,000 allowance for the expensing of depreciable business property. The deduction would phase out after investments exceed $2 million and would be adjusted for inflation. Additionally, the exclusion of air conditioning and heating units from the definition of qualified Section 179 property would be eliminated.

If enacted, the legislation would benefit the entire HVACR supply chain, said Jon Melchi, vice president of government affairs and business development, HARDI. “You’re talking about legislation that’s helpful to industry manufacturers; HARDI’s members, who are going to help distribute those products; the contractors in these congressional districts, who are going to be installing the equipment; and small business owners, who will save money on their energy bills,” he said. “There are few bills I’ve seen that make as much sense as this one, and we hope we can get off this roller coaster of uncertainty with the tax code and do some common-sense things.”

The legislation’s benefit to HARDI members would be significant, said HARDI CEO Talbot Gee. “America’s Small Business Tax Relief Act helps HARDI members and other small businesses by providing certainty in the tax code,” Gee said. “For too long, our members have dealt with a patchwork tax code that limits investment. This important bill will allow HARDI members to better invest in their businesses, whether that is machinery or a technology upgrade.”

HARDI president Bill Bergamini, president and COO at Illco Inc., said the bill shows a commitment to supporting small business. “Eliminating the exclusion of HVAC equipment provides distributors and the entire HVAC industry the opportunity to significantly grow their business while helping other businesses achieve significant energy savings,” he said.

Industry manufacturers also stand to benefit from the changes to the tax code. Guido Zucconi, assistant vice president of congressional affairs for AHRI, commended Rep. Tiberi and urged Congress and the White House to work together to pass the bill. “Congress and the White House need to come to an understanding quickly for the sake of consumers, manufacturers and, especially, the national economy,” he said.

Charlie McCrudden, senior vice president of government relations, ACCA, said enacting the legislation would be a “big deal” for HVACR contractors. “A lot of them use Section 179 when they buy trucks,” he explained. “The changes proposed here would make the elevated expensing limits permanent, and it would help any small business by helping them justify purchasing energy-efficient HVAC equipment.”

“Including HVAC mechanical system equipment in expensing reform HR 636 would create a valuable incentive to upgrade commercial buildings with readily available high-efficiency HVAC technology using 30 to 40 percent less energy,” Kolbe said. “That will drive down fixed small business costs going forward, regardless of energy prices. When a business owner can reduce significant fixed operating costs, it makes good economic sense. HR 636 is one of very few initiatives on the congressional agenda that will quickly help small business to boost their energy efficiency this year.”

The bill’s proposed elimination of the exclusion of air conditioning and heating units from the definition of section 179 property is of particular interest to industry leaders.

“It makes us very excited that it removes the HVAC restriction,” Melchi said. “There’s a lot of pent-up demand for new equipment, but it can’t break free because there really is nothing to help you justify the initial cost,” McCrudden explained. “The HVACR fix would allow small businesses that invest in a new HVAC system to expense that system in the years placed into service, whereas right now, the only incentive to make an investment is depreciation, but that’s 39 years. A properly installed and maintained system might last 20-25 years, so it’s no incentive for a company to buy a chiller, or even a residential furnace if it’s a small dentist’s or doctor’s office, unless they could use 179 to expense that. We think it’s a game changer.”

“That is not realistic. While lease-hold and restaurant property holders have a shorter schedule, the majority of nonlease-hold commercial facilities may never replace their HVAC equipment, and efficiency-driven firms may retrofit many times before the depreciation schedule expires on the first system purchased,” Kolbe said. “When Congress extended the mechanical equipment depreciation schedule in the 1980s as part of simplifying the tax code, it did not envision the negative impact a far longer depreciation schedule would have on needed and available future technological upgrades.”

Updated HVAC systems are an important tool to help increase a business’ viability, productivity and overall value of a building, Zucconi said. “[Section 179] is not simply a bonus line in the tax code but also an important tool to invest into the viability, productivity and overall value of these businesses. We strongly support extending 179, increasing the dollar amount and, especially, allowing the inclusion of HVACR and water heating equipment.”

With the passage of the bill in the House, the ball is now in the U.S. Senate’s court.

“There’s similar legislation in the Senate; however, it does not have the HVAC provision,” Melchi said. “However, some preliminary discussions with the authors of the [Senate] bill show that they’re aware of the difference, and they are not against making that change — we just need to have an amendment offered to the bill in the committee process.”

The “entire industry” is working on this together to promote the bill, Melchi said, so there’s a “good chance” the industry can get an amendment offered to the bill. However, “the Senate has indicated they’d like to maybe take a more comprehensive approach to tax policy, and I certainly understand that,” he said.

“A lot of people in the new [Republican Senate] majority feel they haven’t had a chance to do that, whereas the House is saying, let’s make these corrections and simultaneously work on tax reform,” Melchi said. “I wouldn’t anticipate the Senate version working at the same pace as the House bill.”

McCrudden also said the Senate’s approach will differ from the House, which quickly pushed the legislation through during the first few weeks of the 114th Congress.

“They want to do [tax reform] all at once, and the House is doing it piecemeal,” he said. “The Senate is going to mull [the bill] over for the next several months.”

Still, even with President Obama issuing a veto threat against it, there is precedent for Senate support for the changes included in HR 636, McCrudden said. In November 2014, a bicameral, bipartisan tax extender package was floated by Harry Reid and John Boehner that would have made permanent the expanded 179 expensing limits and included the HVACR fix. But, President Obama threatened a veto over issues unrelated to 179, and the bill died on the vine.

With HR 636, Melchi said they are encouraged by how quickly the House moved the bill. “It shows the HVAC industry and small business the priority the House places on this bill.” And, since the bill helps support small business while saving energy, which are both priorities for the Obama administration, hopes remain high that the bill might soon become law.

“This is a fantastic opportunity for all segments of the HVAC industry to champion a bill that’s going to have a positive impact on a lot of folks, and it gives us a chance to flex our muscles a bit and show the industry and Capitol Hill the positive impact we can make on the economy,” Melchi said. “We’re excited. It’s going to be a challenge, but it’s one we’re up for.”