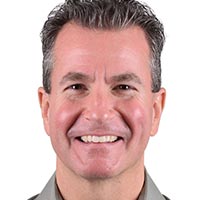 A.O. Smith Corp. (Milwaukee) named Dr. Ilham Kadri to its board of directors.