VSD Market to Grow by 30 Percent 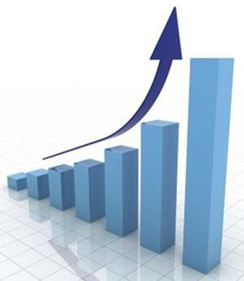 The global variable speed drives (VSD) market is forecast to grow by almost 30 percent to 2018, according to a report from BSRIA, a test, instruments, research, and consultancy organization headquartered in the United Kingdom.

According to the new market intelligence report, the size of the global market for VSDs in 2013 was $839.4 million.

With the market driven by legislation and increasing awareness of energy efficiency, it is forecast to grow to be $1,081.2 million in 2018.

Despite already being the largest region, Europe is forecast to grow to around $390 million by 2018, driven by a European Union (EU) Directive on energy efficient fans.

Europe will remain the largest region despite a general slowing down in the HVACR market.

The route to market in Europe is also likely to change as the market develops with a move towards the OEM channel.

The BSRIA report forecasts that growth in the Asia Pacific region will slow in line with a reducing growth in the construction industry in the region, with the total sales growing from $198.3 million to a forecast figure of around $245 million by 2018.

The market currently sees the majority of the product sold direct; however, like Europe there will be an increasing trend towards the OEM channel.

With an established property market in the North American market, there will be a large energy retrofit demand.

The BSRIA report identifies Danfoss as leading the market and taking advantage of being the first mover into the market. Although ABB has a shorter history, its wide distribution network has seen it grow to the second largest player in the market followed by Schneider Electric.

The BSRIA study analyzes the global market for VSDs in the HVAC and refrigeration market, breaking down the global market into five regions: Asia Pacific (including India); Europe; Middle East and Africa; North America; and Latin America.