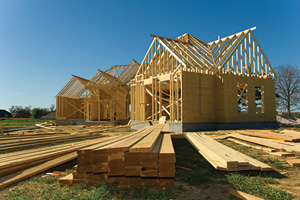 ARLINGTON, Va. — Total construction spending in January 2014 posted the largest year-over-year increase since 2006, with growth in public construction as well as private residential and nonresidential spending, according to an analysis of new Census Bureau data by the Associated General Contractors of America (AGC).

“Contractors are clearly more optimistic about the outlook for private nonresidential markets this year, as shown by their upbeat answers to an AGC survey in January,” said Ken Simonson, the association’s chief economist. “In addition, apartment construction is still very strong in much of the country and homebuilding should remain positive.”

“Overall construction spending increased in January compared with both December and January 2013 despite uncommonly adverse weather conditions,” said Simonson. “The monthly gains were limited to homebuilding and multifamily residential construction, although private nonresidential work should rebound in the next few months. Public construction is up for now on a year-over-year basis, but funding
remains questionable.”