As summer draws to a close, members of Congress are preparing to return to Washington, D.C., to tend to some serious fiscal business. On the agenda: The debt ceiling, the budget, and avoiding a government shutdown. 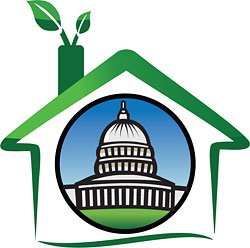 But first, the Senate plans to tackle S 1392: The Energy Savings and Industrial Competitiveness Act of 2013, more commonly known as the Shaheen-Portman bill. Aimed at promoting energy savings in residential buildings, federal agencies, and industrial facilities in the U.S., the bill was reintroduced just before the August recess with promises from Senate leadership that it will be first on the agenda when Congress resumes business Sept. 9.

And while the Shaheen-Portman bill enjoys bipartisan support in both the House and the Senate, its passage is not a certainty as Senate leadership works out the process for adding amendments, some of which could affect support for the bill.

U.S. Sens. Jeanne Shaheen, D-N.H., and Rob Portman, R-Ohio, first introduced the Energy Savings and Industrial Competitiveness Act in 2011 as S 1000, though the bill, as a whole, never passed. This April, the pair reintroduced a slimmed-down version of the bill to the 113th Congress as S 761.

The newer version of the bill removed some of the more controversial aspects including federal spending, which helped build bipartisan momentum as well as significant support from manufacturers, environmentalists, and the U.S. Chamber of Commerce, among others.

On July 30, just days before Congress adjourned for its August recess, the bill was once again reintroduced, this time as S 1392. Aside from fixing some typographical errors, few changes were made — save for the removal of an entire section that would have appropriated federal funds for private commercial building efficiency financing.

“It has a $250 million price tag, and a lot of senators were wary of that,” explained Guido Zucconi, assistant vice president of congressional affairs for the Air-Conditioning, Heating & Refrigeration Institute (AHRI). “They’re trying to rework it and put it back in as an amendment.”

The section that was removed would have provided federal funds to help states set up their own energy-efficiency programs.

“The private commercial efficiency financing section was the most costly provision without an offset,” said Charlie McCrudden, director of government relations at the Air Conditioning Contractors of America (ACCA). “The new version of the bill is, essentially, revenue neutral. That makes it a little more palatable, but it doesn’t mean Congress won’t have to work out any potential amendments that come up.”

Even though the bill has wide bipartisan support, industry leaders agreed that the amendment process could impact the Senate’s support for the bill, especially if amendments are not limited to only those that pertain to energy efficiency.

“Both sides could offer too many political statements as amendments, and it would just become too complicated,” Zucconi explained. “There could be too many amendments that could be attached to the bill, which could cause too many people to vote against the overall package.”

As a solution, McCrudden said that over its recess, Senate leadership may decide to limit the number of amendments to the bill. “If you can pre-clear amendments and pre-clear controversies, it means a bill like this can be passed pretty quickly,” he said.

A potential amendment would add back into the bill $250 million in federal funding for setting up state-level programs. McCrudden pointed to the proposed Keystone XL pipeline as another example of an amendment that could impact support for the bill. If it were to pass, it would approve the controversial final phase of a pipeline that transports oil sands bitumen from Canada and the Northern U.S. to the Gulf Coast.

“It puts some Democrats in a very awkward political position, while almost all Republicans are very much in favor of it,” Zucconi agreed. “Many people are asking if that issue is even germane to the bill. There are a lot of issues there.”

To potentially complicate things, Zucconi said some members of the Republican-controlled House, which has not yet reviewed the bill in committee, are watching closely to see what happens with the Keystone amendment.

“The House said that without Keystone, they’re not even going to consider the bill,” Zucconi added.

John McNerney, general counsel for the Mechanical Contractors Association of America (MCAA), agreed that while some of the proposed amendments are helpful to the bill, others, like the Keystone amendment, could stir the pot and affect overall support for the bill.

“Many of the amendments would strengthen the bill, and many of them would add a fiscal impact,” he said. “And, with this Congress, if you want to put a lightning rod on anything, put a dollar on it.”

Rob Mosher, director of government relations at the Alliance to Save Energy (ASE), said it will be up to Senate leadership to determine the amendment process, which could potentially make or break the bill.

Despite the changes and potential controversy surrounding the amendment process, the bill still has the support of environmental groups, the HVACR industry, manufacturers, and many others.

“With all the endorsements from efficiency advocates, trade associations, and manufacturers, there is a great deal of backing for this particular bill,” Mosher said. “It’s rare that you see a piece of legislation that has the support of the U.S. Chamber of Commerce, the National Association of Manufacturers, and the Natural Resources Defense Council. What that underscores is the benefits of this legislation and the continued calls for its movement.”

Zucconi said AHRI is happier with the current version of the Shaheen-Portman bill than they were with the 2011 version, especially regarding how model building codes are created.

Mosher expressed optimism and underscored the importance of the bill’s passage in the Senate in order to maintain momentum for the bill. “If it were to pass the Senate, which we believe it will, that would certainly be very helpful, and it would continue the ongoing dialogue as to why energy efficiency is important for the nation and why policy makers across the ideological spectrum should be supportive of it,” he said.

MCAA supports the bill and is pleased with the inclusion of a section that supports workforce training in energy-efficient commercial building design and operations, “because that is a market performance strength of MCAA member firms and their workforces,” McNerney said.

“It’s rational, it’s broad scope, it’s cost-effective, and we support it,” he added. “It’s only a beginning, but it’s a good one.”

With Senate leadership vowing to address the bill this week, industry leaders are remaining cautiously optimistic that the bill will move through the amendment process without any major hiccups.

“It’s supposedly the first bill that comes to the floor after the August recess,” McCrudden said. “Theoretically, they’ll get to it after the break and bring it to the floor, but the schedule oftentimes gets bumped.”

Meanwhile, the industry is eagerly waiting and watching.

“They’re still working through the amendment process, and we’re really not going to have a clear sense of what could be offered until debate begins,” Mosher said. “The hope of Senate leadership is that the bill will be considered very quickly, and we could agree with that. There’s no public opposition to S 1392, and we would like to see the bill moved expeditiously.”

Zucconi agreed that the only thing to do now is to wait to see what happens next in the Senate, adding that it is still possible that the Senate may not get to the bill before they have to move on to more pressing matters. “They’ve got major fiscal issues to handle,” Zucconi said. “It could still happen that, if things get too bogged down in politics, they will pull it again.”

While many hope the bill will be addressed soon on the Senate floor, McNerney said nothing is for certain when it comes to Congress.

“It’s like all other things on the Hill,” he said. “Wait and see is the best they can do these days.”