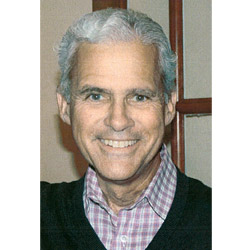 Born in East Orange, N.J., he lived in the Mendham/Bernardsville, N.J., area for many years. He received a bachelor’s degree in business from C.W. Post College in 1969. He served in the U.S. Army Intelligence Division, 1965-1968.

Saunders was the CEO of Carleton-Stuart Corp. from 1975-2000, which was one of the largest Carrier air conditioning distributors in the country (1945-1999). He also served on the advisory board of Carrier Corp.

He was a 30-year member of the New York Athletic Club and a longtime member of Roxiticus Golf Club.

He was predeceased by his parents Estelle and George Saunders Sr., his wife Jeanne, and brother Gregory.

Donations may be made to the Jeanne M. and George S. Saunders Memorial Fund to benefit the patients at the Carol G. Simon Cancer Center. Please make checks payable to: Foundation for MMC, 475 South St., Morristown, NJ 07960.