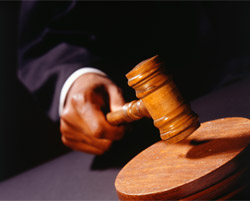 A ruling by the U.S. Court of Appeals for the D.C. Circuit has officially put regional furnace standards on ice — for now. The court granted an emergency motion filed by the Air-Conditioning, Heating, and Refrigeration Institute (AHRI) to stay the standards which would’ve required residential nonweatherized natural gas furnaces installed in 30 Northern states to have an AFUE rating of at least 90 percent.

With this ruling, the court is preventing the U.S. Department of Energy (DOE) from applying or enforcing the standards until the underlying lawsuit between the DOE and the American Public Gas Association (APGA) is resolved. In April, the DOE announced through an enforcement policy statement that it would not enforce the new standards after the May 1 deadline, but instead enforce the rules as if the settlement agreement between DOE and APGA had been accepted by the court.

According to the court order: “The May 1, 2013 compliance deadline for energy conservation standards for nonweatherized gas furnaces … is hereby stayed for six months following the issuance of any opinion by this court in this case upholding those standards.”

“It was good the DOE said it wasn’t going to enforce it, but it meant the law was still on the books,” Calabrese said. “It could’ve led to confusion because people who weren’t aware of the DOE letter knew there was still a law on the books, and who knows how that could have affected the marketplace.
So, while we were happy with what the DOE did, the cleanest way to do it is to say the law is not in effect. That’s what this does.”

Calabrese said this ruling had two facets: the first being the court accepting AHRI’s motion for a stay, and the second being the court’s request to set up a briefing schedule to look at the remaining pending issues. He added the parties have already briefed the issues, but the court asked for more time and resources due to the complexity of the issue.

Calabrese said he expects the court will call for an oral hearing, but that might not come until the fall, as the court, which is missing some judges due to Congressional wrangling, is immensely backlogged with its case load.

Calabrese noted this potential timetable could push the regional furnace standards decision right up against a pending Jan. 1, 2015, deadline for air conditioning standards.

“We’re still a long ways from Jan. 1, 2015, but again, if you play this thing out and it goes the way it looks like it is going, we might be pushing right up against that deadline,” he said.

The court-ordered ruling allows the industry to take a collective sigh of relief, as it ensures a certain level of certainty regarding the mystery surrounding the regional efficiency standards.

But the ongoing uncertainty regarding the whole situation is causing a lot of stress for AHRI’s members. “It keeps our members from being able to plan for these rules because they don’t know if they’re going to (be enforced) and there’s no definitive word on it,” said Francis Dietz, vice president, public affairs, AHRI. “Ordinarily, they would be preparing — and would’ve been for some time — for the 2015 deadline, but, now they’re not sure if that deadline is going to be in effect, if it will be extended, or if it’ll be changed in any way. The whole process is being held hostage by this court procedure.”

“Like all parties in this case, we are anxiously awaiting the court’s decision on the proposed settlement, as well as our motion to substitute,” Melchi said. “We believe the fact that the court has asked for additional information regarding our motion is a positive sign for our case.”

Charlie McCrudden, vice president of government relations, Air Conditioning Contractors of America (ACCA), said although this ruling is favorable, the end outcome of the settlement is not assured, as there is still some legal work to be done before the case is resolved.

“We’re going to file our briefs and hope the court accepts the settlement agreement,” he said. “It’s not over until the final gavel sounds.”

The next step is for all the petitioners, responders, and interveners involved in the case to file briefs on the merits of the case. In its ruling, the court encouraged industry cooperation, stating, “parties are strongly urged to submit a joint proposal and are reminded that the court looks with extreme disfavor on repetitious submissions.”

Despite the work left to be done, the ruling to stay the case is important because it provides the industry some level of comfort about where things stand.

“I’m pleased to have some certainty about where the court is, because the ruling not only stays these rules, but it also gives us an indication about where we are in the process,” McCrudden said. “We know there’s still more legal action to be taken, but we have milestones in sight.”