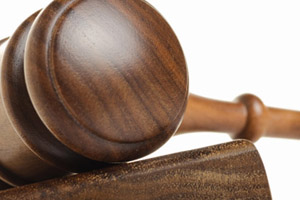 A 30-day mediation period has passed and the discussions have yet to yield a resolution, leaving the HVACR industry on hold regarding a decision on the pending regional energy-efficiency standards lawsuit.

The U.S. Department of Energy (DOE) issued a status report Thursday, Dec. 13, through the U.S. Court of Appeals for the District of Columbia Circuit that grants both parties in the American Public Gas Association (APGA) v. DOE lawsuit more time to hash out the details behind a possible settlement agreement.

The court-issued status report states that the two parties “remain engaged, with the assistance of a mediator, in negotiations concerning settlement and implementation.”

The document further reveals that the DOE will file a further status report by Jan. 14, 2013, and will file a motion to govern future proceedings within 30 days of the conclusion of mediation proceedings.

The Dec. 13 document comes on the expiration date of a 30-day consent motion, filed Nov. 13, which allowed the parties to mediate without the pressure of a potential trial.

Heating, Air-conditioning, and Refrigeration Distributors International (HARDI) and Air Conditioning Contractors of America (ACCA) joined the case as intervenors in January 2012, on behalf of the APGA, on the premise that the DOE failed to follow proper procedures in issuing the rules for regional efficiency.

The case entered mediation in early November. ACCA and HARDI submitted proposed changes and additional matters they deemed necessary to any settlement agreement on Nov. 21. ACCA and HARDI representatives met with DOE on Dec. 7 to discuss these requests.

Due to a confidentiality clause, HARDI and ACCA representatives were limited in what they could share, and were unable to provide The NEWS the details of their requests, and how those discussions have progressed.

While the parties have completed the briefing portion of the case, oral arguments have yet to be scheduled. “We have agreed to continue working on the matter at hand and hope to have something finalized in the next several weeks,” said Dave Schryver, executive vice president, APGA. “It is our goal to find a resolution.”

A Year and Counting

APGA officially filed its appeal, APGA v. DOE, on Dec. 23, 2011. The suit claims that the rule and the process by which DOE enacted it were done incorrectly. The case further argues that the DOE erred in using the direct final rule process in the context of this case (versus a normal notice and comment rulemaking), in issuing a rule that bans the noncondensing furnace in the northern region, and in adopting a new standard that will cause fuel switching, which is without economic justification.

In challenging the standard, APGA is asking the court to vacate the rule and remand it for a clean round of notice-and-comment rulemaking.

While the second abeyance extension could lead to a settlement in the lawsuit, the ongoing delays continue to be a detriment to many in the HVACR industry.

Contractors, manufacturers, and distributors remain handcuffed by the looming May 1, 2013 implementation date, which will require that all nonweatherized furnaces in the northern region perform at a minimum-efficiency rate of 90 percent AFUE.

While it continually looks more and more like an end is in sight for the lawsuit, many warn that looks can be deceiving.

“The smart thing to do is to assume that nothing has changed and that the rule will remain in place, as is,” said Charlie McCrudden, vice president of government affairs, ACCA. “We are proceeding as if the regional standards will arrive May 1, 2013, and are suggesting that others should too.”

Additionally, the DOE has yet to release a proposed enforcement rule for notice and comment. Even if the rule is implemented in May, questions still remain as to how the DOE plans to enforce the rule.

“While there is a statutory deadline for the DOE to complete the enforcement rule in place, that deadline is just over a month away. We can’t assume that this mediation will result in a settlement. We must assume that the ruling will stand as is and proceed accordingly.”

Jon Melchi, director of government affairs, HARDI, said rumors are running rampant, but that the only reliable source is the one that resides over the court. “Despite unsubstantiated reports, no settlement has been reached,” he said. “If a settlement is reached between the two principal parties, it would then have to be accepted by the court.”

Much like McCrudden, Melchi encouraged industry members to proceed as if nothing has changed.

“Until a settlement is reached and approved by the court, or the case resumes through the court system and a judgment is delivered, distributors in the northern region must still prepare for a May 1, 2013 compliance date for nonweatherized and mobile home gas furnaces.”