R-22 Reclamation Continues to Slow Down

Mixed refrigerants are also a problem, as proper recovery practices not always followed

Many in the HVACR industry are following these numbers closely, given that the production and importation of R-22 ceased at the beginning of 2020. There is a large installed base of air conditioning and refrigeration equipment that still uses R-22, so once virgin supplies are exhausted, reclaimed refrigerant will be the only source available. However, most experts agree that there will be no shortage of R-22 any time soon.

R-22 is currently readily available all over the U.S., said Carl Grolle, president of Golden Refrigerant, who added that he did not know of any wholesaler who has not been able to find and stock R-22 for this season.

“With the wholesalers all stocked, I would be surprised to see a shortage occur in the near future,” he said. “That said, demand for R-22 last year was soft, and the prices of HFCs at the wholesale level were at rock bottom. It was a very challenging year for our industry.”

The good news is that the overall supply and demand tend to balance each other out, said Grolle, so if the supply of R-22 starts to become scarce, the price rises and more alternative blends are sold. Then, as alternative blends replace R-22 in systems, more R-22 is returned to reclaimers.

“Being 10 years out from the last new R-22 equipment being installed, the market has had time to find its balance,” he said. “I don’t believe we will see much change from the current price and supply for the next few years.” 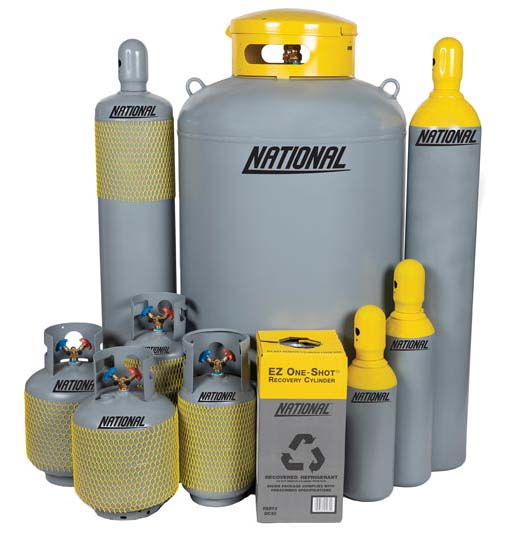 National Refrigerants has seen consistent returns of recovered R-22 over the past few years, said the company’s executive vice president, Maureen Beatty. As more companies develop and implement their R-22 retrofit plans, Beatty expects more recovered R-22 to be returned for reclamation and subsequent use by those who still have a demand for it.

“National Refrigerants’ experience is that many of our customers are banking their reclaimed R-22 with us so that they can utilize it when and where they need it,” she said. “However, the COVID-19 situation is causing many companies to delay their retrofitting plans, so there likely will be some interruption in the quantity of R-22 being returned until the country is open for business again.”

“If we consider that CFCs are still available, albeit in dwindling quantities today, more than 20 years after their production was phased out, it is reasonable to expect that supplies of R-22 will be available for those who need it for many more years to come,” she said.

If contractors want to ensure a steady supply of R-22, though, they should make sure that they are not mixing different refrigerants in their recovery cylinders.

“We are seeing more mixed refrigerants coming in through the recovery and reclamation streams,” said Taylor Ferranti, vice president of refrigerants at A-Gas. “With our separation technology, we are able to bring these products on grade, but it does take more time and effort. Contractors should be sure to only recharge equipment with AHRI-700 certified material, use separate recovery cylinders for each refrigerant type, and not ‘top off’ systems with different refrigerant types.” 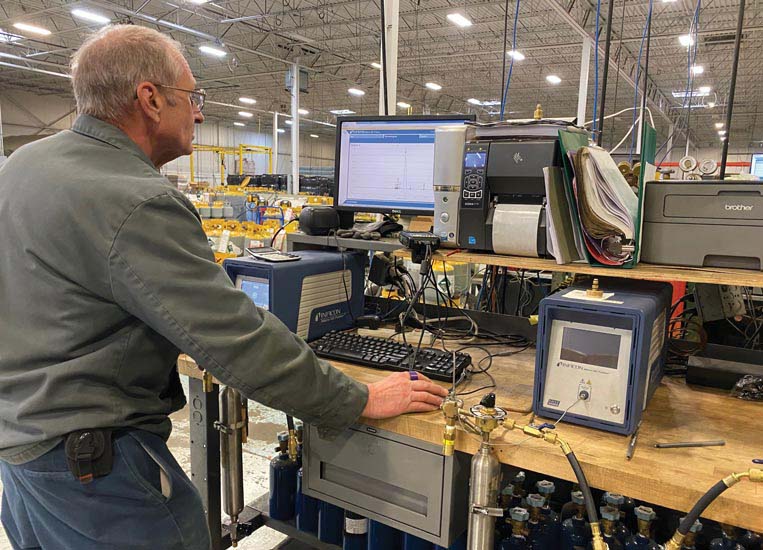 ANALYZING REFRIGERANT: Using a gas chromatograph at Golden Refrigerant, an employee analyzes the composition of a refrigerant sample.

Golden Refrigerant is also seeing a lot of mixed refrigerants being turned in, primarily R-22 mixed with components from some of the popular replacement blends.

“The issue is that our most valuable resource is being collected by the least trained technicians,” said Grolle. “Residential contractors are under a lot of price pressure, and quick work is often favored over thorough service practices.”

Receiving mixed refrigerants from residential air conditioning equipment is also a concern at National Refrigerants. That’s because supermarket systems are more likely to be serviced by the same contracting company as part of a maintenance agreement, while air conditioning systems, especially residential systems, are not, said Beatty.

“When we contact the companies that have returned recovered refrigerant, more times than not, they say that the system was not marked properly and that is how the refrigerant became mixed,” she said. “Another source of mixing can be attributed to not evacuating the hoses that are used between service calls. And if a technician uses the same recovery cylinder on different jobs, there is a risk of cross contamination. Good service practices can help to prevent unintentional mixing of recovered refrigerants.”

Over 15 years ago, National began offering a one-time use recovery cylinder that Beatty said is perfect for smaller recovery jobs. It not only allows technicians to use a brand new cylinder for each recovery job, but if the recovered refrigerant turns out to be mixed, they know it was mixed in the system prior to them servicing the system.

Next up for reclaimers is devising a plan to work with the new A2L refrigerants such as R-32 and R-454B, which are mildly flammable and may soon become more widely used in the U.S. While the physical reclamation process for A1 and A2L refrigerants is the same, said Ferranti, reclaimers will need to design or modify existing equipment to meet additional safety requirements.

“In addition, contractors will need recovery equipment that is rated for A2L recoveries,” he said. “A-Gas has already designed — and has in use — reclaim and separation capabilities to handle A2L refrigerants globally.”

Contractors will also need to follow all the proper safety protocols for the recovery of A2L refrigerants, which include never using A2L recovery cylinders to recover A1 refrigerants, said Beatty.

As can be seen, there is a lot going on with reclaimers these days, and Grolle noted that it can sometimes be exhausting.

“I worry more for the smaller reclaimers, particularly as the traditional profit margins start narrowing as R-22 leaves the marketplace,” he said. “The technical details needed to work with the newer blended refrigerants, as well as the safety protocols we will likely have to adopt with the A2L refrigerants, might be more costly than a locally based reclaimer can handle.”

*Other CFCs and HCFCs that are reported in small quantities (e.g., CFC-115 and HCFC-142b) or that are contained in blends with non-ODS (e.g., R-408A) are excluded. EPA also revised the 2017 data based on updated reporting.

**Reclaimers were not required to include HFC refrigerants in reports of total amount received until 2017.

***Mixed refrigerant is material received by reclaimers that contains multiple refrigerants, including ODS and HFCs, potentially in unknown quantities and composition. These are not blends, which contain specific constituents at specific ratios. Mixed refrigerant totals are included in the Total Refrigerant Received table.

TABLE 1: According to the EPA, the total amount of R-22 that was reclaimed in 2018 dipped slightly when compared to 2017.