In a stroke of fortune for Paycheck Protection Program (PPP) borrowers past and future, a list of modifications to make PPP loan terms more favorable was separated from a larger and more controversial House relief bill, making its own way into law when President Trump signed it on June 5.

Rep. Dean Phillips (D-Minnesota) proposed the Paycheck Protection Program Flexibility Act of 2020 in late May. The House passed it 417-1, the sole objection coming from Rep. Thomas Massie (R-Kentucky). Several days later, the Senate managed concerns from a few of its own members and passed the bill via unanimous consent.

The Senate’s adoption of the House’s version with no alterations allowed the chambers to avoid reconciliation and speed the bill’s changes into effect.

For both existing and future borrowers, the loan forgiveness requirement that 75 percent of the loan be spent on payroll is now dropped to 60 percent. Although officials in both parties have encouraged a simple removal of any such threshold, this represents some additional latitude in spending without losing eligibility for forgiveness. However, owners should note that a failure to hit the 60 percent minimum will apparently now result in forfeiting forgiveness eligibility for any amount of the loan.

Some key changes pertain to timeframes. Alex Ayers, HARDI director of government affairs, explained that the new bill establishes that “a minimum loan maturity period of five years for future borrowers, eliminating the two-year deadline under current SBA rules. The change is prospective, responding to concern from banks that a retroactive provision would jeopardize compliance for their existing loans issued under the previous guidance.” 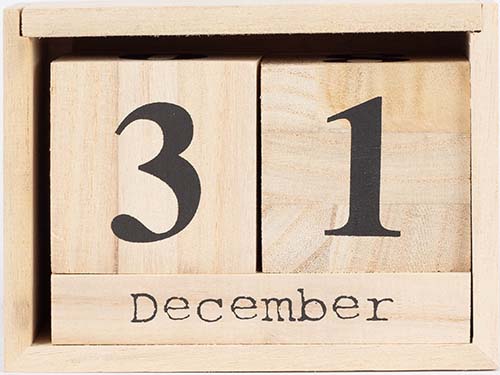 LAST DAY OF THE YEAR: New Year’s Eve is the new, extended deadline for PPP loan recipients to achieve Feb. 15 hiring levels as a loan forgiveness requirement. It is also the new last day for a borrower to spend any PPP loan funds, even if a loan’s timeframe would have otherwise run longer. Photo by Marco Verch, CC BY 2.0

Ayers added that “for borrowers that do not apply for forgiveness, they would have at least 10 months after the program’s expiration to begin making payments.”

Previous borrowers may elect to maintain the previous eight-week timeframe for spending loan funds, since that may provide for faster forgiveness than if they converted to the new 24-week term.

While maintaining employees on payroll remains the PPP core objective, owners also face less urgency in restoring previous payroll levels to qualify for loan forgiveness. That deadline moves from the last day of June to Dec. 31, 2020.

That is also the new last day for PPP borrowers to spend those funds, even if that curtails the newly extended 24-week standard timeframe.

Other language offers additional flexibility for owners who run into unusual obstacles in rehiring to reach Feb. 15 staffing levels, or whose businesses have not been able to achieve previous levels of activity due to circumstances like official closures.

A previous outstanding issue had arisen regarding the ability of PPP applicants to safely defer paying payroll taxes. The new bill clarifies that they may do so with no penalty.

However, in a June 2 post on ACCA’s website, government relations representative Chris Czarnecki pointed out that this latest bill doesn’t resolve everything.

“One major issue that this bill fails to address is the deductibility of payroll expenses paid for with PPP funds,” he wrote. “While deferment of payroll taxes in this bill is a helpful step, it does not eliminate any overall tax liability.”

Czarnecki said later that overall, “this bill is a win for ACCA and its members.”

The association continues to pursue this and other related policy points on behalf of contractors, and it encourages members to participate via its website in occasional alerts and calls to action.

Any legislative overview remains just a summary. Contractors and distributors may be well served to consult their local professionals and any trade association experts regarding additional opportunities or concerns presented by a given bill.

A couple of important PPP fundamentals remain unchanged by this latest legislation: the money available and the deadline for application.

The HEROES Act passed by the House in May includes additional PPP funding. It also included a spectrum of relief funding with varied degrees of connection to the pandemic. Senate Majority Leader McConnell expressed no need to bring the bill up for consideration in the Senate, in part because the previous round of $310 billion had not yet been exhausted. As of early June, reports indicated that more than one third of it remained available.

If the recent Paycheck Protection Program Flexibility Act has any effect at all on the odds of additional PPP funding, it might serve to further decrease McConnell’s sense of urgency on the subject, since this bill has stripped out and implemented versions of several pro-business components of the HEROES Act.

These modifications did not, however, pass without generating some objections of their own. Sen. Ron Johnson (R-Wisconsin) acquiesced to unanimous consent only upon McConnell’s agreement to enter a letter into the Congressional Record to reinforce the June 30 deadline for PPP loan applications.

This bill’s wording does not single out the existing June 30 deadline as unchanged, per se, but in light of the other shifting deadlines, that letter is intended to formally emphasize the body’s intent to keep it in place.

Johnson and colleague Mike Lee (R-Utah) had objected to proposals to extend the window for loan applications and had wanted a Senate version to require applicants to demonstrate a company’s need for PPP funds.

The PPP Flexibility Act has earned broadly positive reviews on behalf of business owners. However, as ACCA’s Czarnecki noted, it has not addressed every single question or grey area regarding the what and how of certain tax obligations.

As with other PPP-related legislation, the most immediate possible action relevant to contractors would be any follow-up guidelines or rulings from the U.S. Small Business Administration or other pertinent agencies that affect how the bill’s contents are carried out in practice. The degree of forgiveness “penalty” for failing to meet the 60 percent requirement regarding payroll is one such candidate.

Various economic and political winds will determine whether the PPP receives another round of funding. Regardless of whether or not more loan money materializes, these kinds of PPP terms and conditions could be adjusted once again.

Some industry figures look beyond the PPP program to what else Congress might do to encourage business recovery. The CEO of Associated General Contractors of America, Stephen Sandherr, outlines a few in an AGC statement about the new legislation.

“Having fixed several problems with a measure designed to helped firms survive,” he said, “it is time for Congress and the President to put in place measures to rebuild our economy.

“These measures include providing liability protection for contractors and other businesses that are taking steps to protect workers from the coronavirus, new infrastructure funding, and measures to stimulate broader, private-sector demand for construction and development.”