CGE Energy Inc. (Brighton, Michigan) was issued U.S. Patent No. 9,970,410, entitled, “Installation and erection assembly for an elongated structure,” by the the U.S. Patent and Trademark Office. It covers the proprietary equipment used for the delivery and crane-less installation of CGE’s WIND•e20® vertical axis wind turbine. 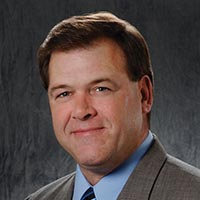 HVAC Consulting (Charlotte, North Carolina) announced it will begin offering its services in the state of Ohio.