Back in January of 2021, Rhoads Energy, a Pennsylvania-based energy and HVAC provider, conducted several virtual focus groups with non-customers in its geographic footprint. Through these sessions, the company confirmed what it already knew: Its reputation as an energy products provider preceded its status as an HVAC contractor. Mike DeBerdine, CEO of Rhoads Energy, attributed this trend to the legacy of the company as a petroleum distributor.

“Our company is so long established in the community — Rhoads Energy is celebrating 105 years this year — and that's really all we have done, just energy products,” explained DeBerdine.

HVAC services, primarily residential, had been something the company was building on for the last 25 years, but its existing customer base still did not seem convinced. With this in mind, DeBerdine set out to find a solution to separate their HVAC services from their petroleum product line. The company’s solution was to take its team of more than 50 service technicians — from Rhoads Energy and its all of its affiliates — and rebrand them under the Cool Crew title.

DeBerdine explained that the decision to rebrand their team of technicians goes further than just a name change; it’s a conscious effort to shift their reputation from being an energy products company that does service work to an HVAC company that sells energy products. 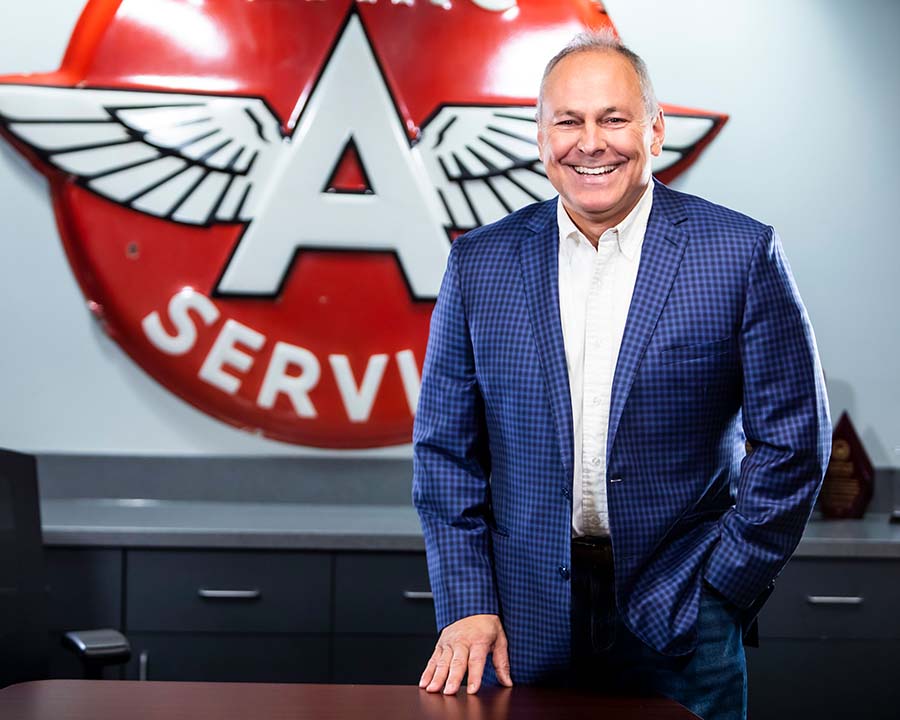 “That's a big difference. The fact of the matter is, energy products are evolving constantly. We don't know what the long-term future would be, but we all know that HVAC products will be around forever,” stated DeBerdine.

The Cool Crew operates under the tagline “Expert Service, Hometown Values.” DeBerdine said one of the ways to ensure expert service is to let employees know that they are valuable assets. As of October 27, 2021, Rhoads Energy gained the title of an Employee-Owned Company, with an Employee Stock Ownership Plan (ESOP). He added that they are hiring a liaison to help foster employee engagement, activities, and education about the ESOP program, emphasizing the importance of have a year-round, employee-focused company culture. 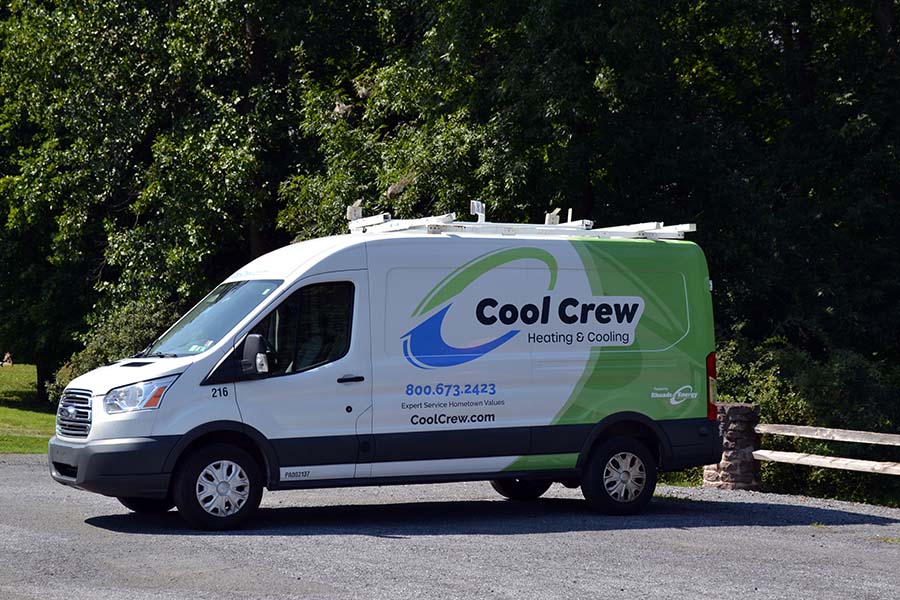 WORK ETHIC: The Cool Crew operates under the tagline, “Expert Service, Hometown Values,” which is emphasized throughout the job and training. (Courtesy of Rhoads Energy)

Hometown values, DeBerdine said, comes down to the brand image. Rhoads Energy acquired many locally-owned businesses with close community ties over the years, and the company did not want to disrupt those relationships by making major changes within the brands — it kept the employees on board and continued operations under their original names. Despite the recent rebranding of the company’s HVAC technicians under the Cool Crew title, DeBerdine said community involvement is still a top priority. Rhoads Energy created a legacy committee, which reviews grants received by the local community and donates money to whatever causes the employees choose to support.

The company’s Hours Impacting Others program exemplifies this idea. DeBerdine said through this program, if employees donate their time and after hours to a nonprofit, Rhoads Energy will donate money to that nonprofit. He said the company donates $10 an hour for up to 20 hours ($200) and this contributes to Rhoads Energy’s goal to support employees not only emotionally, but financially.

Though the rebranding of Rhoads Energy’s service technicians only came to fruition in January of this year, DeBerdine said the company had been discussing the model of an HVAC company that sells energy products for a while now. Rhoads Energy spent extra attention on HVAC offerings over the last few years and although they have scholarships available at local trade schools and offer summer internships to recruit new members into the trade, they are also focused on bringing in technicians that are already experienced.

One of those technicians is Robert Yoh, who has been working in the trade for over 35 years. He joined Rhoads Energy two years ago and said the recent transition to the Cool Crew title has been relatively easy. Now, when new technicians are recruited into the company, they’re directly brought in under the Cool Crew brand.

According to Yoh, “it’s like a family atmosphere” because service techs from Rhoads Energy and its affiliate companies are not only becoming unified by a single name, but they also have the same uniforms and vans. In addition, the management goes a step further by hosting events, such as breakfast meetings and Super Bowl parties, that contribute to a positive company culture and help keep everyone on the same page. Yoh believes that because of this strong atmosphere, Cool Crew technicians are always willing to offer assistance if someone gets stuck on a job.

“You could reach out to anyone, from the service manager all the way up to Mike DeBerdine himself. They're always available for you,” said Yoh.

Andy Marmar, a Cool Crew technician and field service supervisor, echoes this sentiment, explaining that this supportive atmosphere extends outside the office space. He said the idea to keep in mind while on the job is whether you would do the same thing or act the same way if you were dealing with a family member.

“We want everybody to think that we're one big, happy family. If you keep that in mind, you're giving excellent, top dollar service,” added Marmar.

As a Cool Crew member, Marmar said he is exposed to all kinds of problems and issues on the job, which encourage him to think on his feet. He added that getting out and doing something different every day, at different locations with a variety of clients, is one of the major perks of working as a member of the Cool Crew, describing it as a “new adventure every day.”